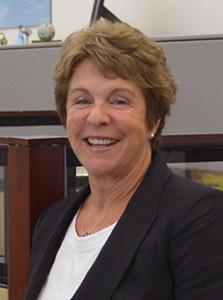 “Deborah’s hard work and dedication promoting civil rights, women’s leadership and gender equity has helped integrate fitness and education into the lives of thousands of underserved youth,” said Sandra Vivas, chair of the board of the WSF. “We are pleased she is returning to lead the foundation during its 40th anniversary year with a wealth of creative fundraising and advocacy strategies.”

Larkin has served as the WSF’s second executive director from 1986–1992 and most recently served as executive director of the United States Tennis Association Foundation. Her predecessor, Kathryn Olson, will step away as CEO but will continue to serve as a member of the foundation’s board of trustees. Also rejoining the board of trustees is Madeline Weinstein, former senior vice-president at Merrill Lynch.

Additionally, ESPN, Fox Sports and NBC Sports Group have made a contribution of more than $2 million dollars to the WSF. The funding from this unprecedented joint effort will help drive the foundation’s national efforts to close the 1.4 million participation gap in athletic opportunities for high school girls and collegiate women, provide grants to amateur and professional athletes in the pursuit of athletic excellence and sustain the foundation’s commitment to the health and future success of girls across the United States.