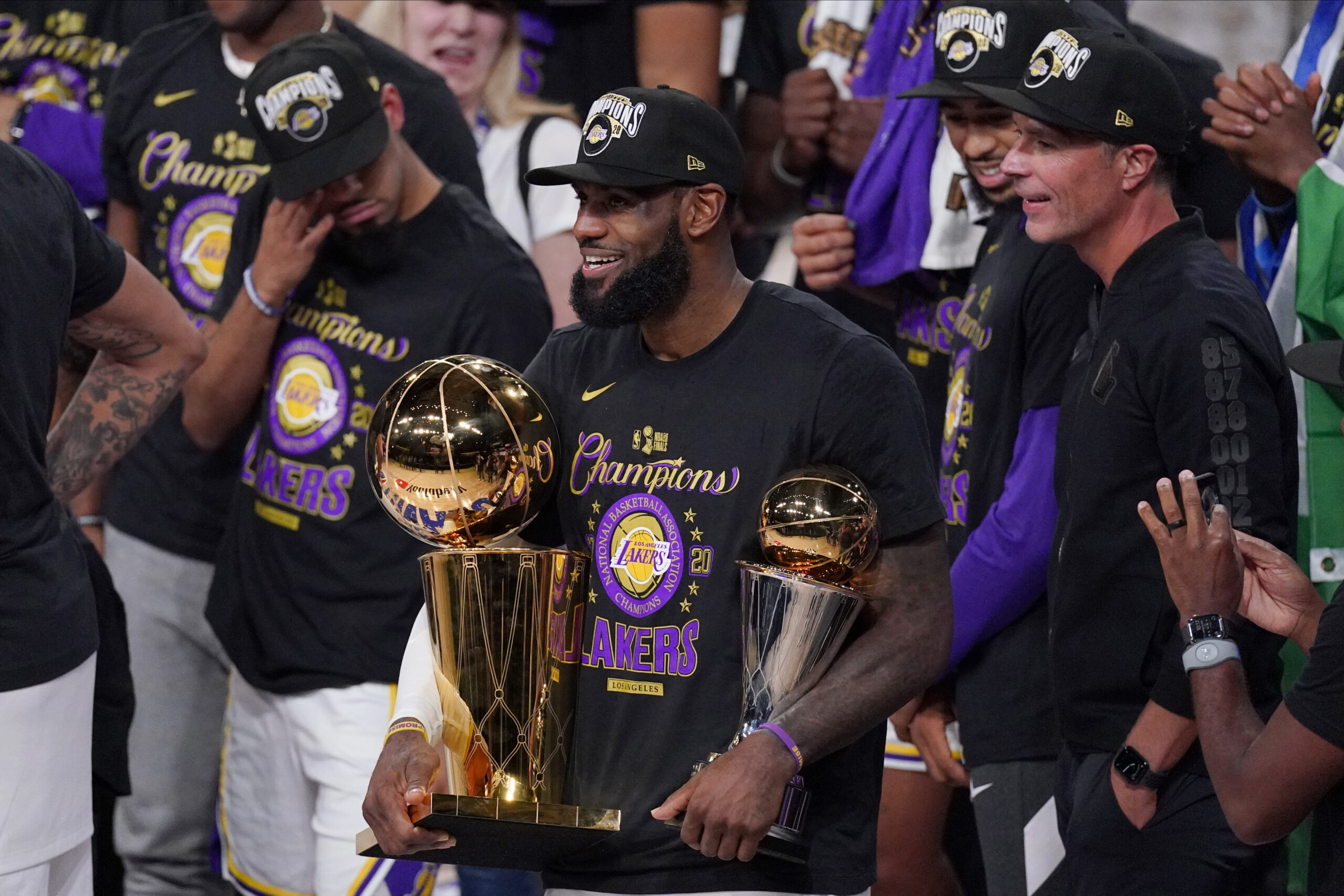 The NBA received a 2020 SportsTravel Award for its leadership role during the COVID-19 pandemic. (AP Photo/Mark J. Terrill)

SportsTravel is pleased to announce the winners of the 2020 SportsTravel Awards, which were awarded at TEAMS ’20 Virtual from Houston. The awards honored organizations that went above and beyond to help their communities and their sports during the coronavirus pandemic.

The SportsTravel Awards, which typically honor the best amateur, collegiate and professional sports events during the past year, took a new approach this year in the face of so many events being rescheduled or postponed. Instead, readers of SportsTravel were asked to nominate organizations, individuals or programs that found a way to give back to their communities or sports during the challenging past few months. Criteria for nomination and voting included demonstrating not only resolve in the face of the current challenges but also actions that reflected the best attributes of the sports-event industry.

This year’s winners, as announced during TEAMS ’20 Virtual from Houston:

The Texas Amateur Athletic Federation — The TAAF, like many other sports-event organizers, was forced to cancel its state games event this summer in response to COVID-19. Having an existing inventory of medals that were to be used for the 2020 Games and leftover from previous years, the TAAF launched the Games of Giving program, in which it awarded those medals to residents who performed good deeds in their community. Medals were awarded to those who donated blood, non-perishable foods, money to a food bank, or completed a good deed such as mowing a neighbor’s lawn or helping them clean around their property. Accepting the award was Mark Lord, executive director of the TAAF.

National Basketball Association — The NBA has set the course for so many other sports organizations this season when it became the first professional league to suspend play due to the COVID-19 pandemic and one of the first to find a safe plan to return in a bubble environment that promoted health and safety protocols. The league’s Board of Governors also started the NBA Foundation, with $300 million in initial funding to create greater economic empowerment in the Black community through employment and career advancement and so much more. Developed by Yale University and jointly funded by the NBA and NBA Players Association, a new saliva-based test is expected to significantly increase the availability, turnaround time and affordability of combating COVID-19 in the United States was granted approval by the FDA earlier this summer. Accepting the award was Mark Tatum, the league’s deputy commissioner. 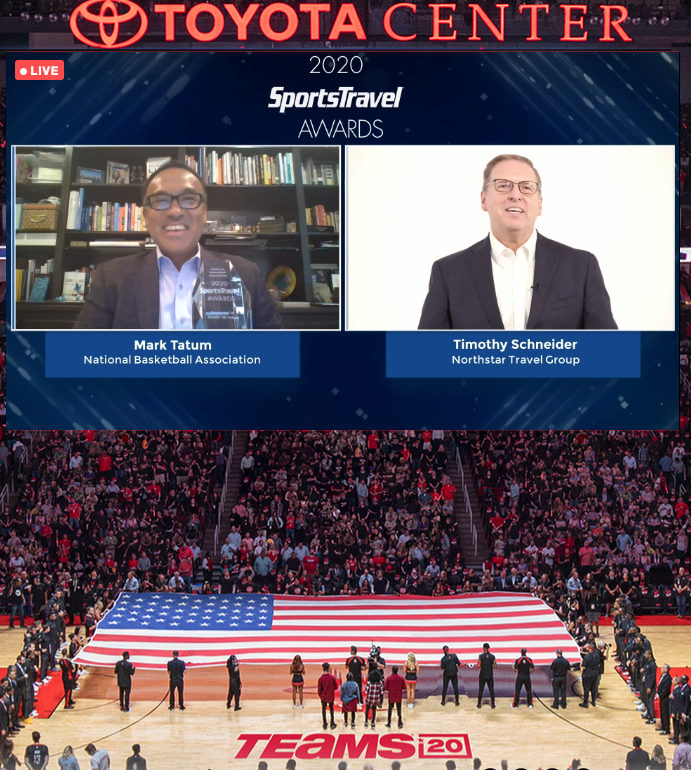 The MGM Resorts Foundation — The MGM Resorts Foundation raised more than $7 million for its Employee Emergency Grant Fund and the company has dispersed over $9 million overall in emergency grant payments supporting qualified employees and their immediate families impacted by the COVID-19 crisis. The company also donated food and products valued at over $1 million, including 500,000 meals for food banks and 100,000 masks for community health needs, and sourced over 750,000 N95 masks, 260,000 gowns, 250,000 test kits and 200,000 gloves on behalf of the Nevada COVID-19 Task Force. Accepting the award was Tony Gladney, chairman of the MGM Resorts Foundation Board. 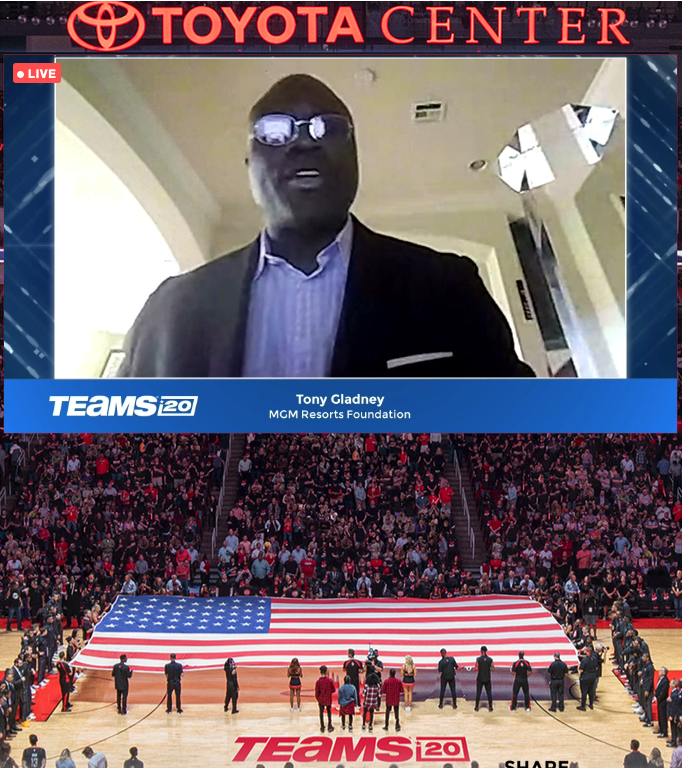 The Giving Games — A number of national governing bodies throughout the United States Olympic and Paralympic movement launched a joint effort branded as The Giving Games to support and sustain athletes as they train ahead of the rescheduled 2021 Olympic and Paralympic Summer Games in Tokyo. The effort, which started on July 24, the day of what would have been the Olympic Games Opening Ceremony in Tokyo, asked people to donate money to help athletes competing for the Games. With the postponement of the Games, many athletes are facing financial hardship and unlike other countries that receive government support, U.S. athletes rely heavily on the support of the community. All funds raised were either directly donated to a specific sport or to general support of all of the sports, which will be equally divided among the participating sports organizations. Accepting the award was Ceil Folz, founder of Ceil Folz Consulting, which helped lead the effort. 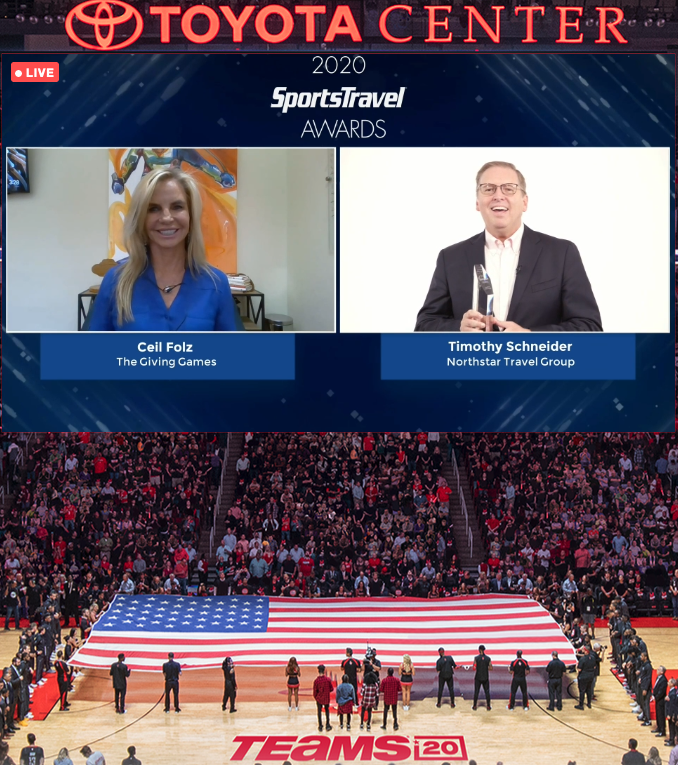 “The challenges ahead are many but the goodwill and good hearts in the industry we know and love are even greater,” said Timothy Schneider, founder and chairman of the Sports Division of Northstar Travel Group, which publishes SportsTravel magazine and organizes the TEAMS Conference & Expo. “We were heartened to see the number of nominations we received for this year’s awards, which is a testimony to the goodwill that exists in the sports-events industry.”

TEAMS: Travel, Events And Management in Sports, is the world’s largest gathering of event organizers and travel planners from the sports industry. Hosted by the Harris County-Houston Sports Authority, TEAMS ’20 Virtual from Houston was held October 19–22, 2020. TEAMS ’21 will be held September 27-30, 2021, in Atlantic City. For more information, please visit TEAMSconference.com.