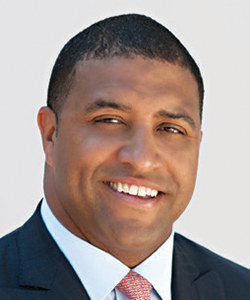 Aaron Ryan has been named chief operating officer of Relevent Sports, the largest privately owned soccer company in North America and Asia. Ryan previously spent 22 years at the NBA, most recently as senior vice president of the NBA 2K League, where he managed business operations for the esports league including marketing, sales and overall development.

At Relevent, Ryan will focus on the continued growth of the company’s properties, which include the International Champions Cup and the ICC Futures,  ICC Women’s and House of Soccer. He will also be tasked with creating new partnerships and initiatives.

“Bringing in someone of Aaron’s caliber is a game-changer for our company,” said Relevent Sports CEO Danny Sillman. “Aaron’s resume and career achievements speak for themselves, but his leadership ability is the differentiator we were looking for. We are certain his unique skill set will help us achieve the lofty goals we’ve set for ourselves as a business.”

Ryan’s career in sports began when he was a Division I soccer player at Miami University. He later managed business operations for USA Basketball, including sponsorship sales and marketing for the men’s and women’s Olympic teams. He also served as senior vice president of marketing solutions for the national governing body before joining the NBA.

“It is beyond exciting to take on this new challenge, playing my part to grow the sport that I love, that taught me so much about teamwork, preparation and performing under pressure,” said Ryan. “We have the potential to take this company to the next level, creating a year-round soccer platform that becomes part of the sports fabric in North America and Asia.”