Sometimes when you’re attending the Olympics, capturing your own golden moment is all about being in the right place at the right time. And more often than not, those circumstances tend to come around by sheer coincidence.

Such was the case as I worked my way to the main media center in Pyeongchang in the hours before Friday’s opening ceremony. As our bus was approaching the center, I noticed that the torch relay, which will conclude at the Olympic Stadium this evening, was slowly making its way along one of the roads we passed. When our bus finally stopped at the media center, I worked my way back down the road a ways where I was greeted to a first-hand look at how the Olympic torch relay really works—at least when it comes to some of the most high-profile torch bearers.

Should you ever have to organize or participate in such a delicate operation at one of your events, here in 15 easy steps is how such an operation goes down.

1—Make sure your motor vehicle leading the relay not only has the official slogan of the torch relay written on top, but is also playing the torch’s official song, “Let Everyone Shine,” from a speaker blasted out to the assembled crowd. (Be advised if you click on the link that the torch theme also comes with a “dance version.”) 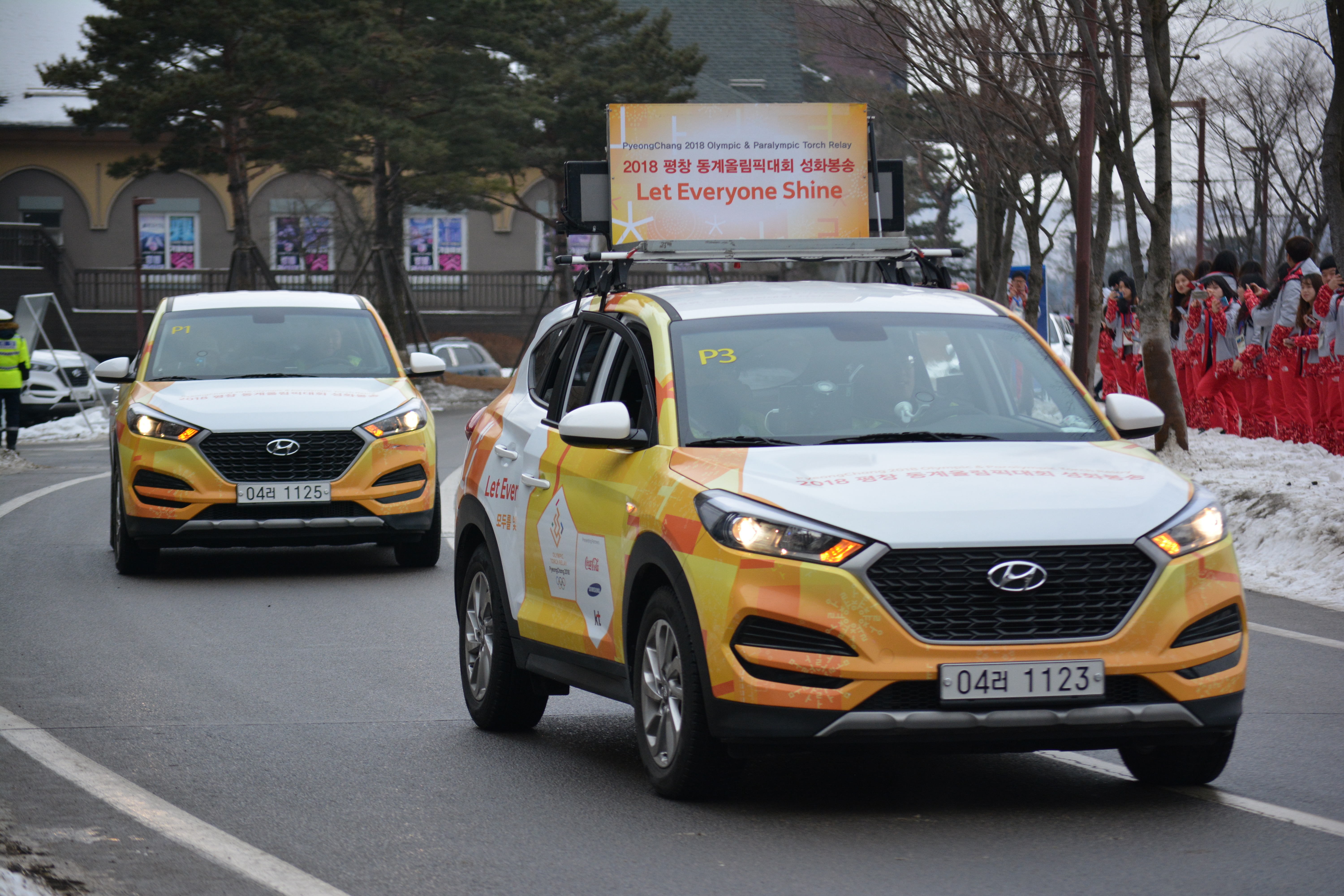 2—Assemble dozens of super-giddy young volunteers to line at least a portion of the route, or at least the portion behind which the media will be taking photos and shooting video. 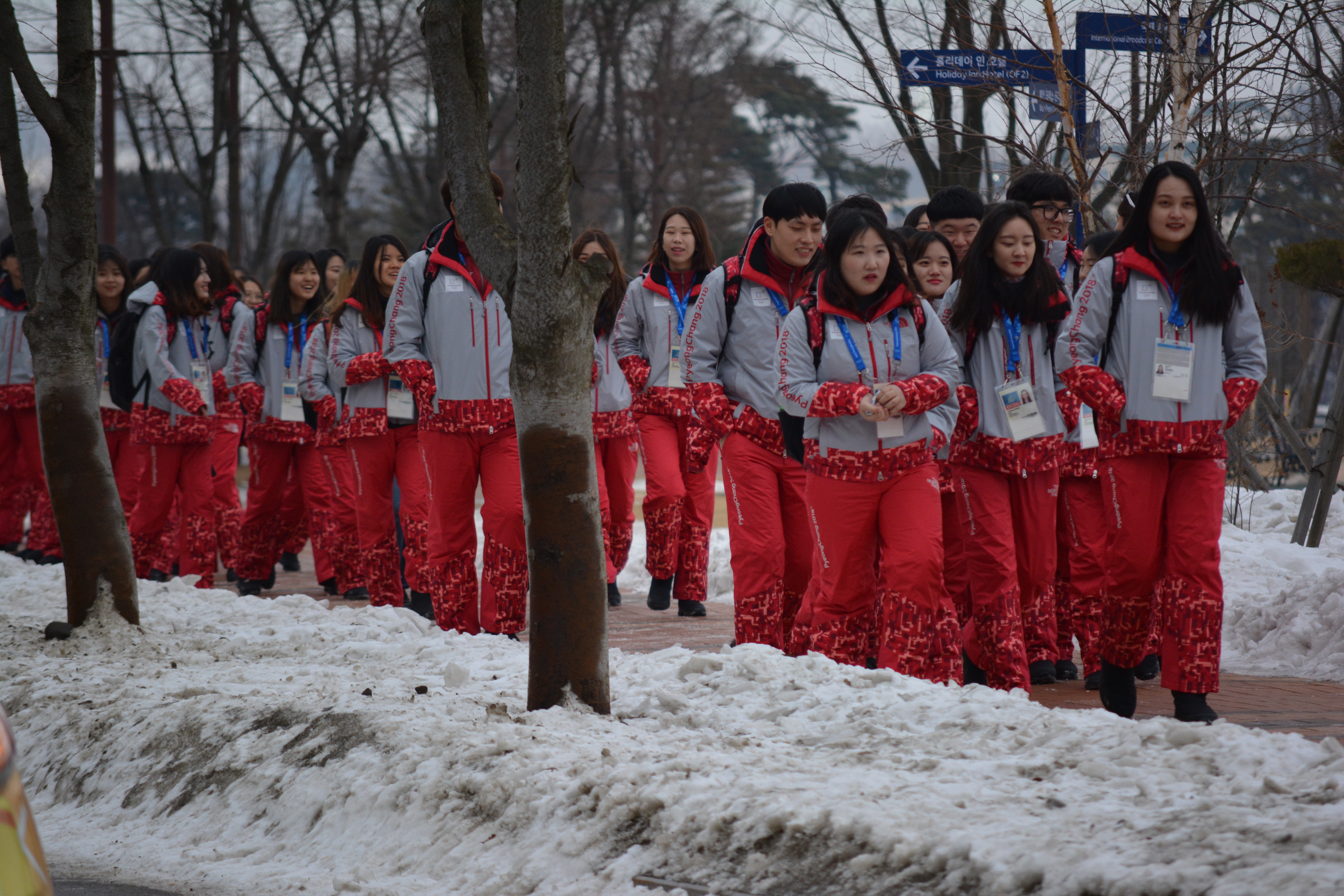 3—If you are Miroslav Lajčák, president of the United Nations General Assembly, and are about to receive the torch, make sure you have someone checking up on your official torch-bearer outfit. (And yes, there is such a thing.) 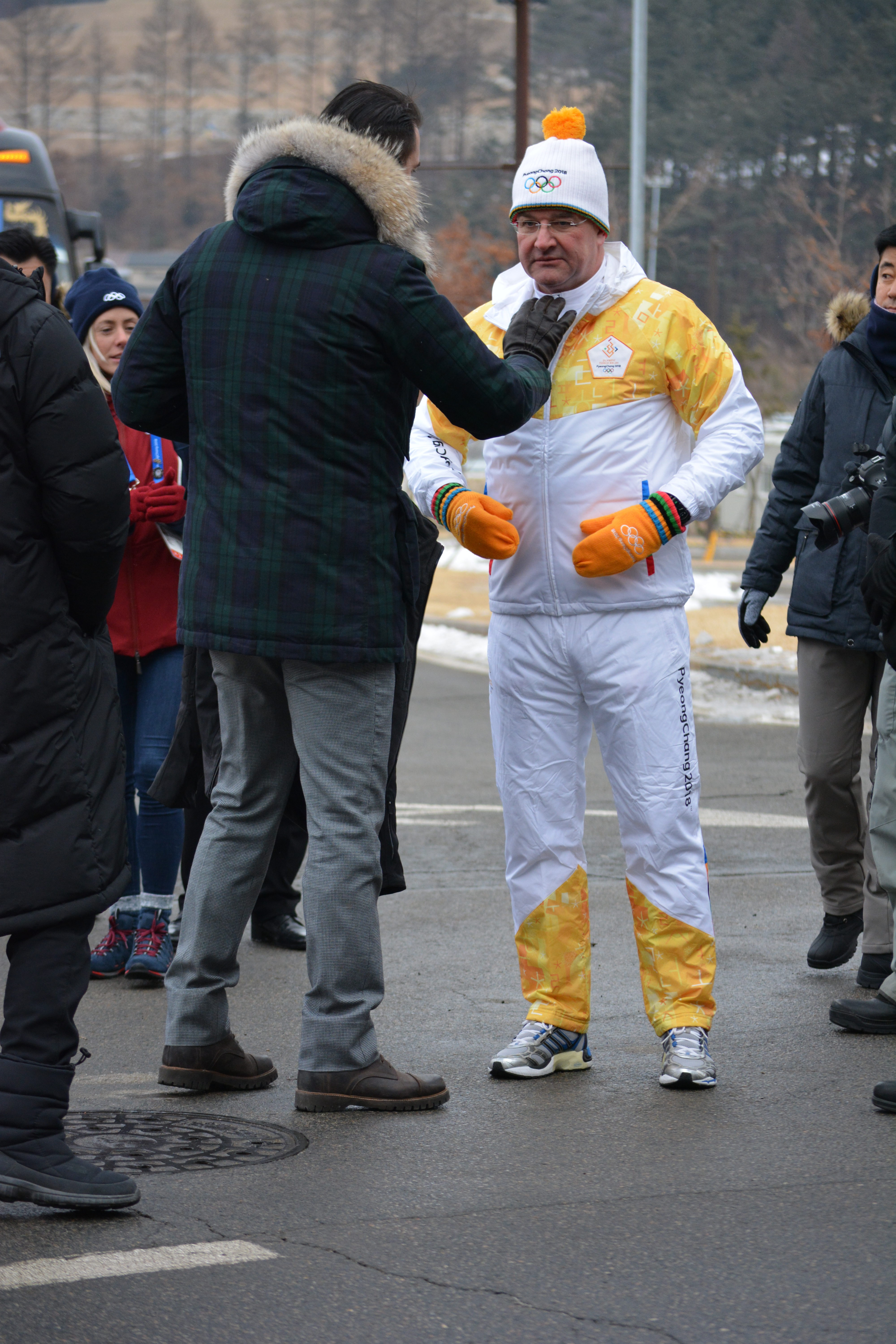 4—As the torch gets closer, revealing who has been running the previous leg, have a lead vehicle to help part the masses. 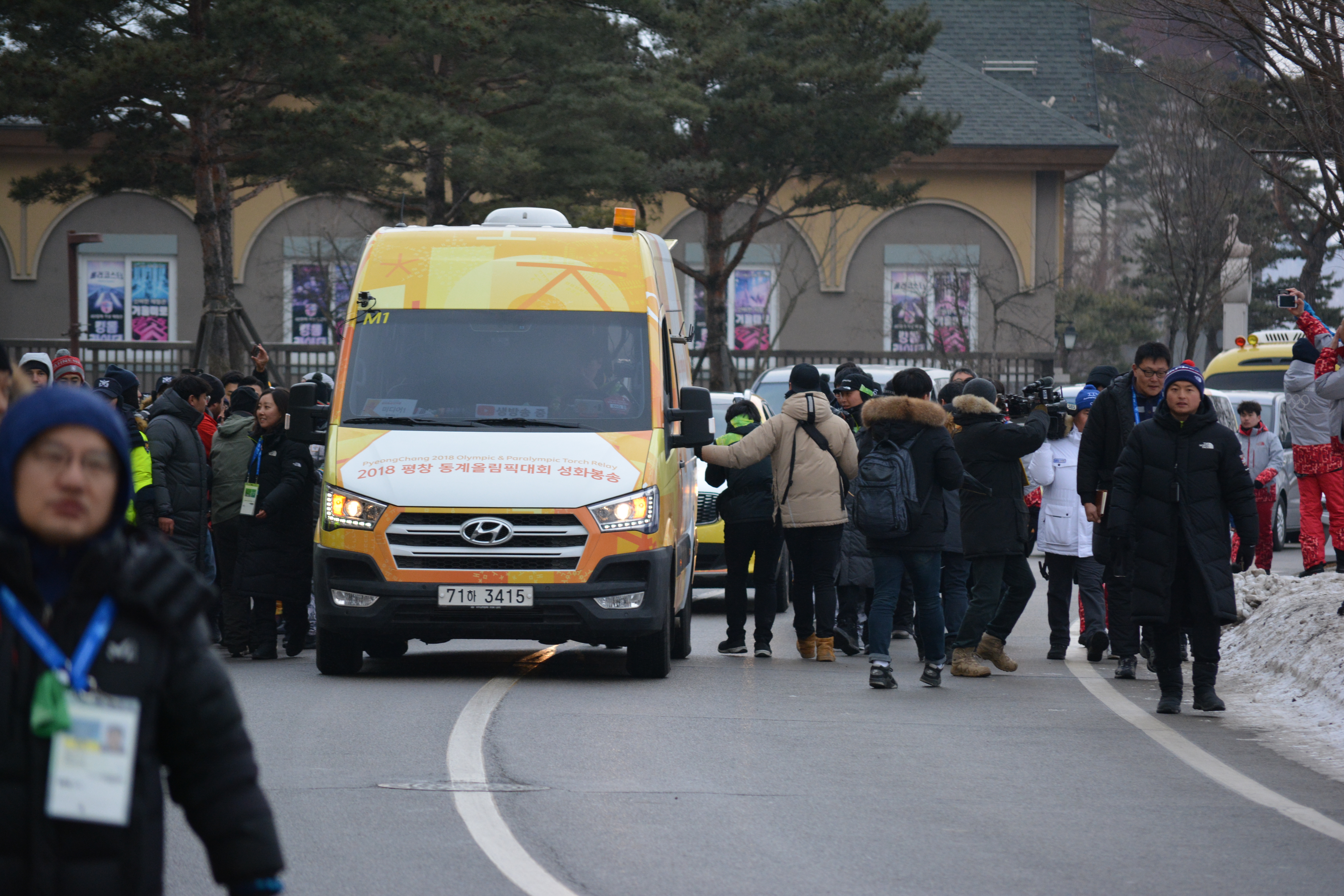 5—When that torch bearer is none other than Thomas Bach, president of the International Olympic Committee, steer clear and watch as he relishes the moment. 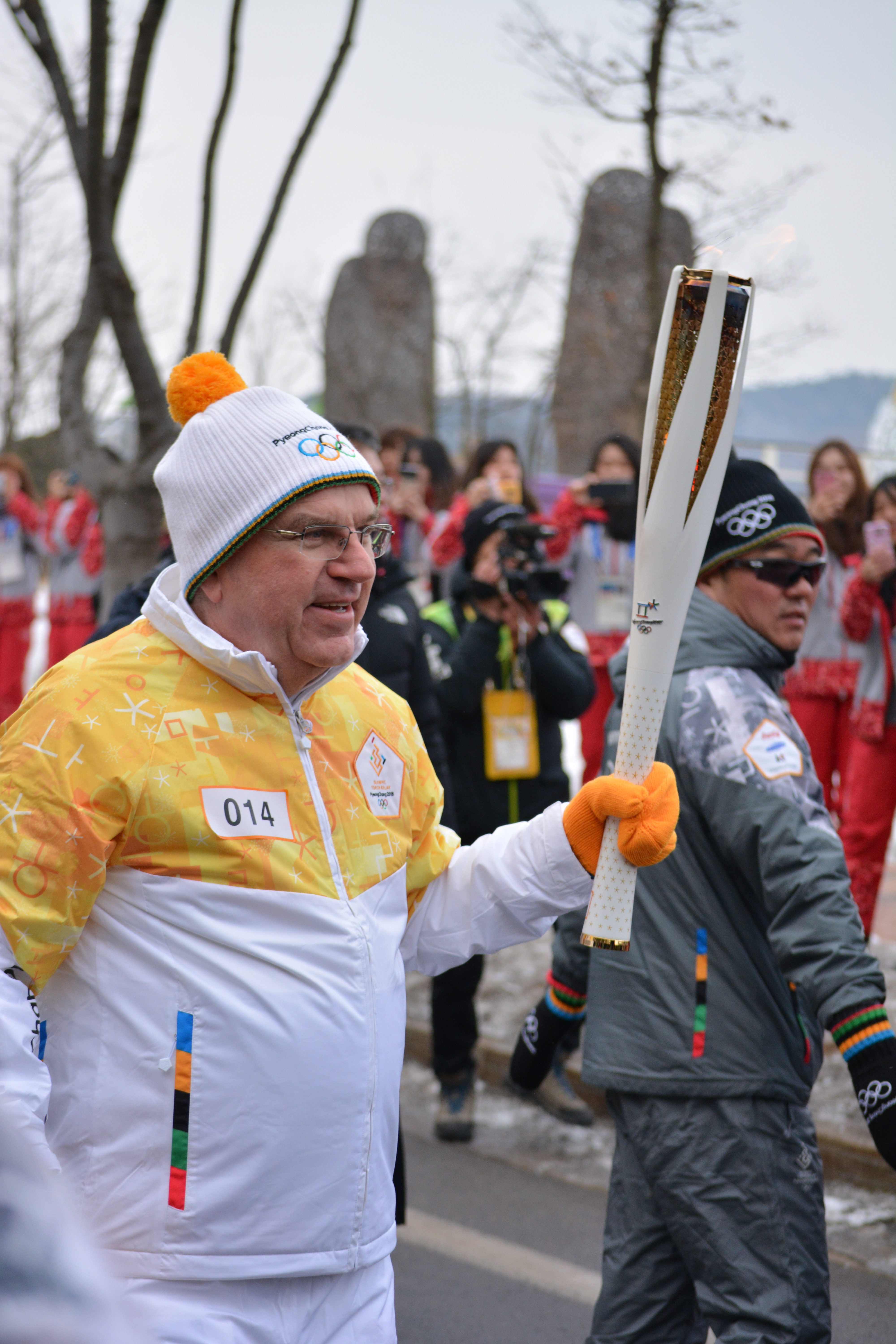 6—Oh, and if you’re wondering, yes, the torch is a real flame. Do not get too close, beautiful as it may be. 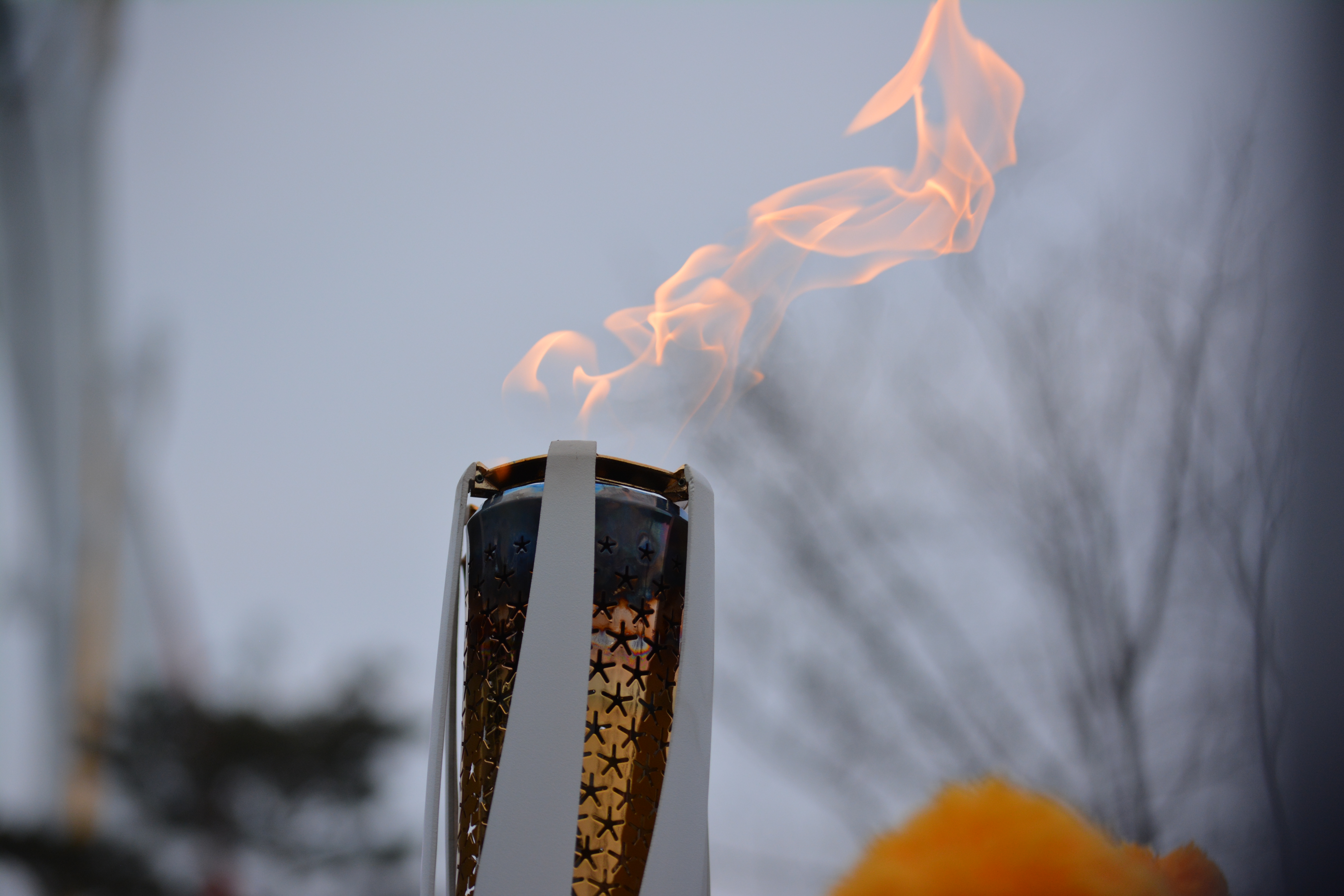 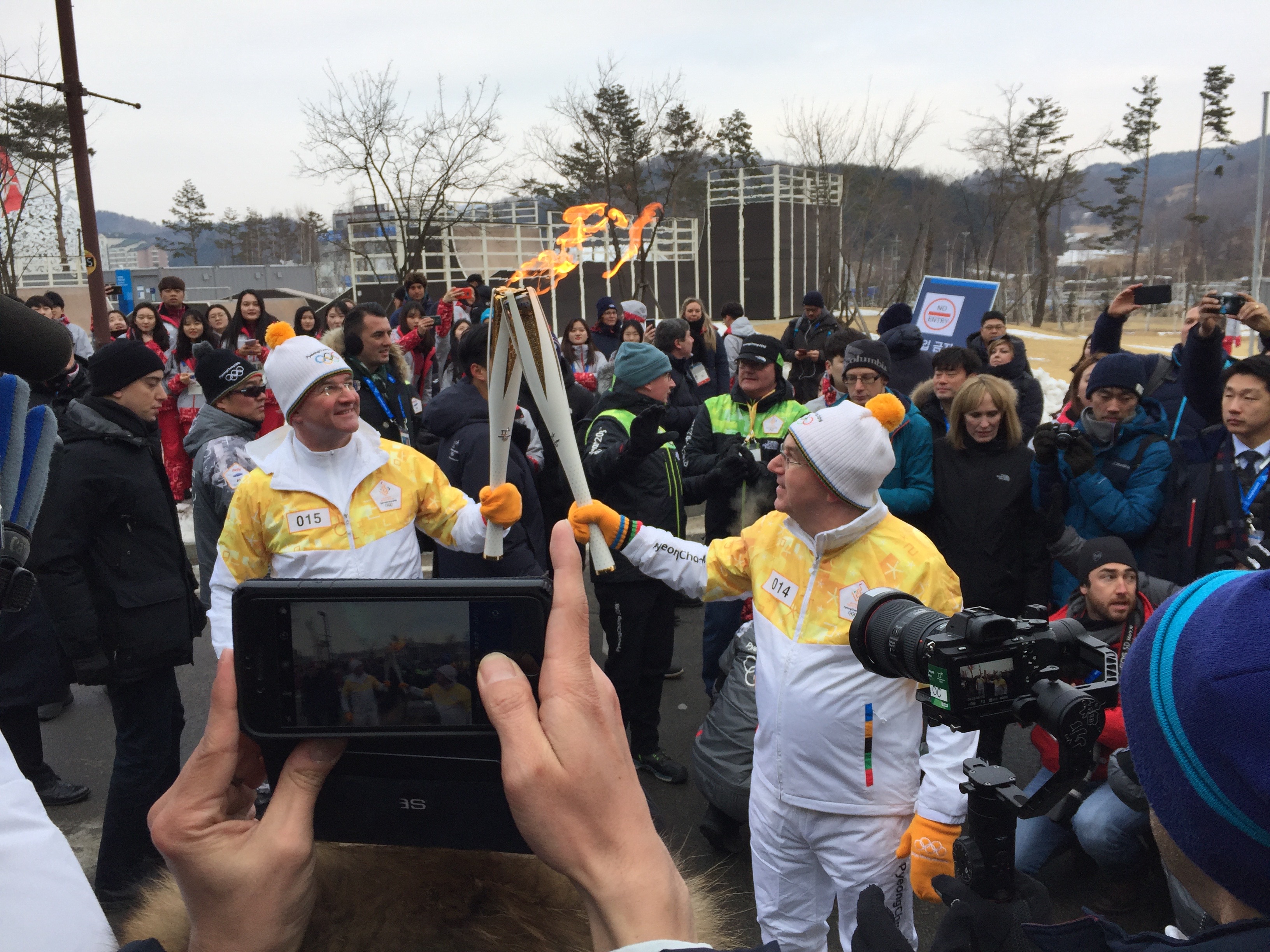 8—And if you are both that high-profile, make sure to pose long and occasionally awkwardly so everyone can get their shot. 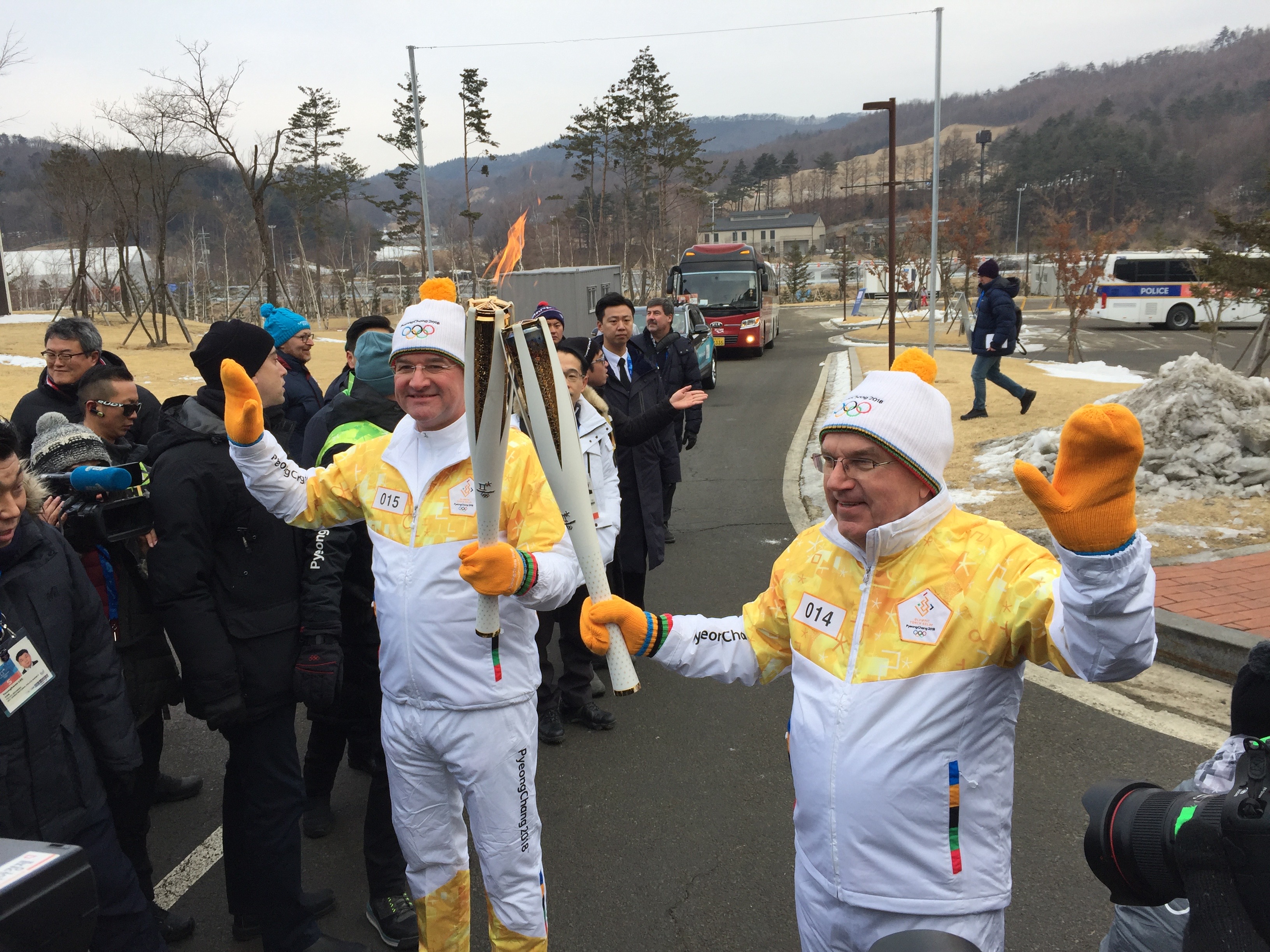 9—Torch lit, shine a genuinely happy smile for being part of a unique human experience. 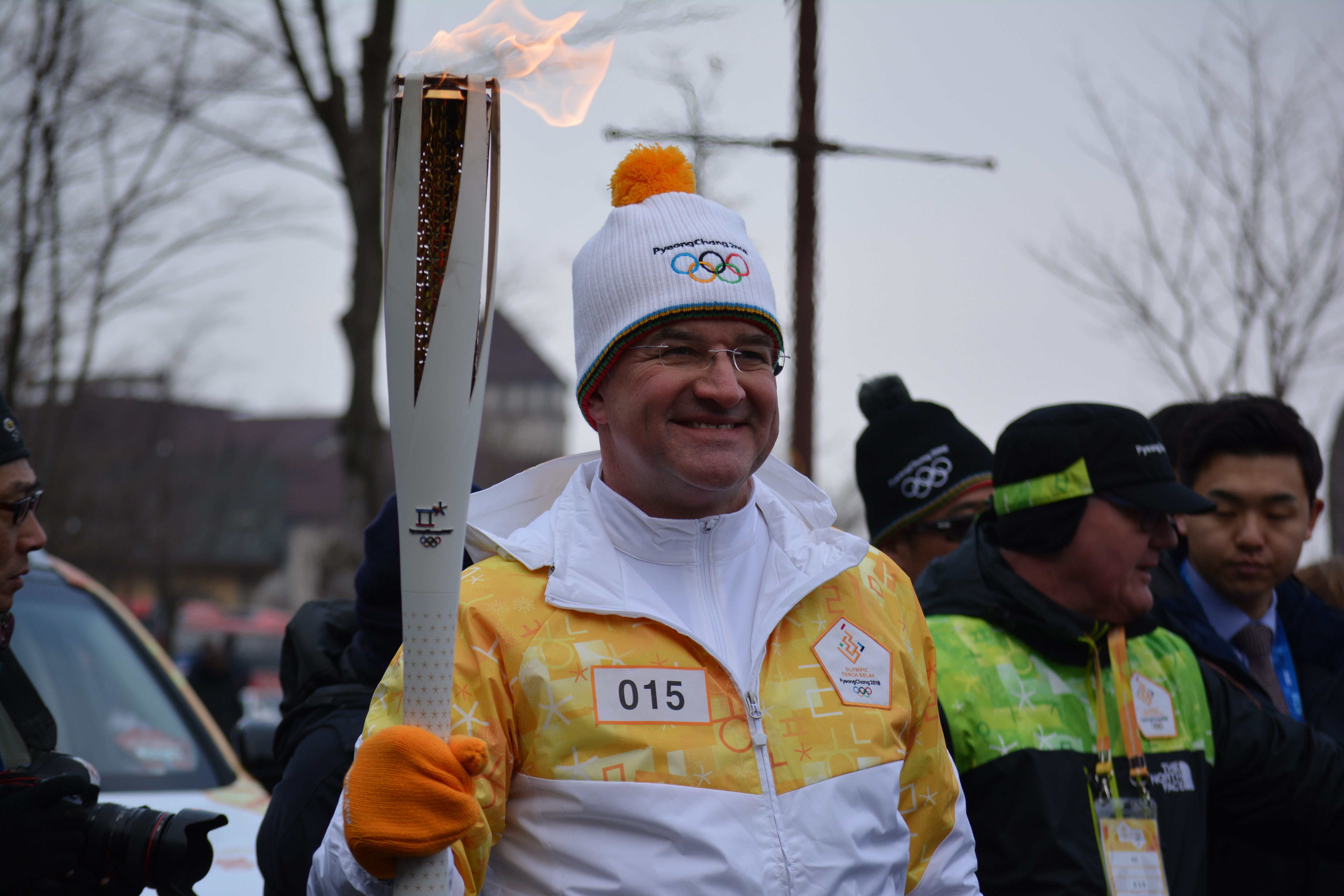 10—Don’t forget that you actually do have to run. Just try not to run into the van of photographers right in front of you. 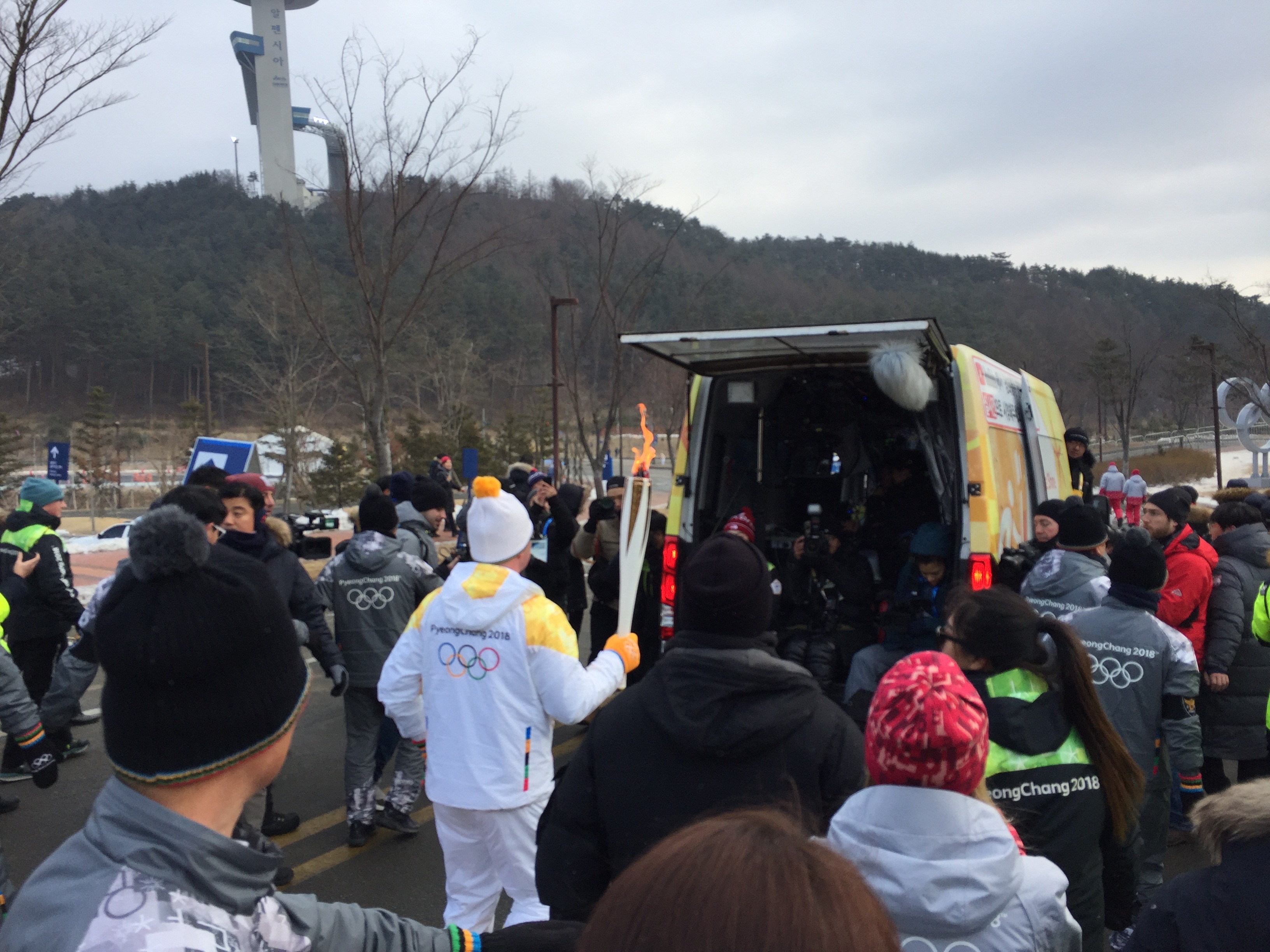 11—Also, don’t worry too much about someone trying to run up to you and steal your torch. An impressive amount of security detail will be there to protect you. 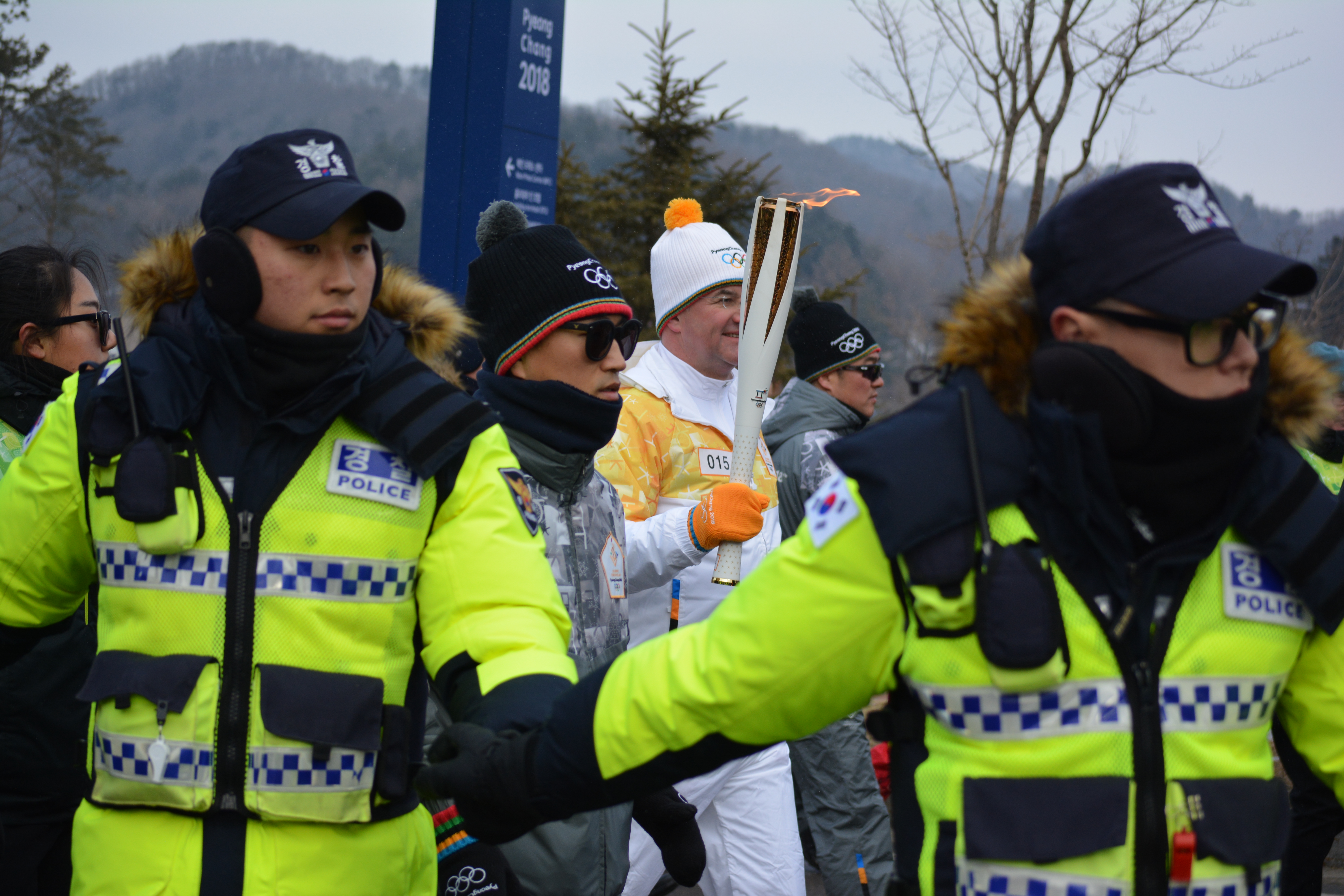 12—When you get to the end of your short run, make sure your transition point is in view of at least one prominent Olympic venue, in this case the facility that will be used for ski jumping. 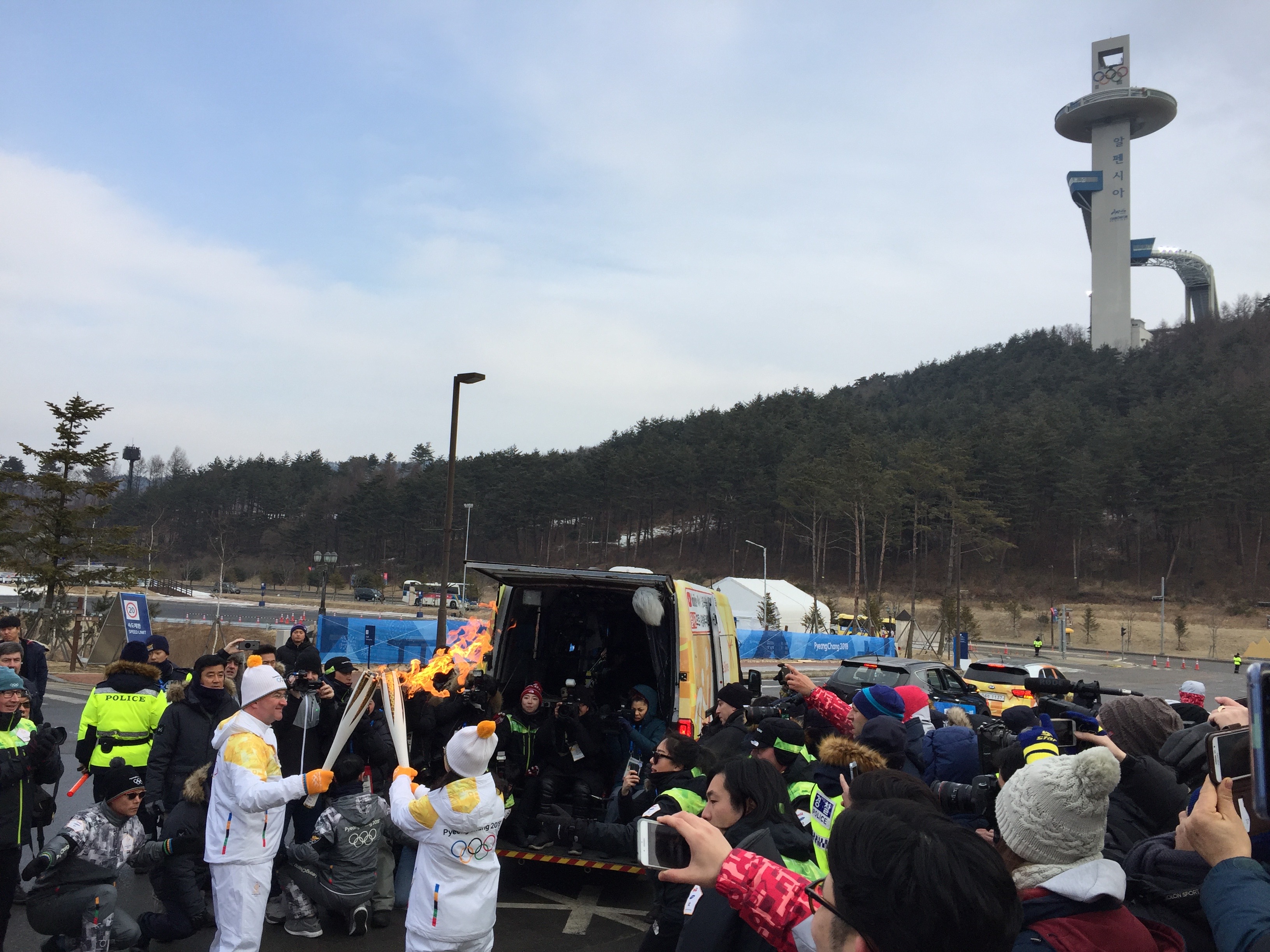 13—And also make sure the other side is something equally iconic, like, say, the Olympic rings. 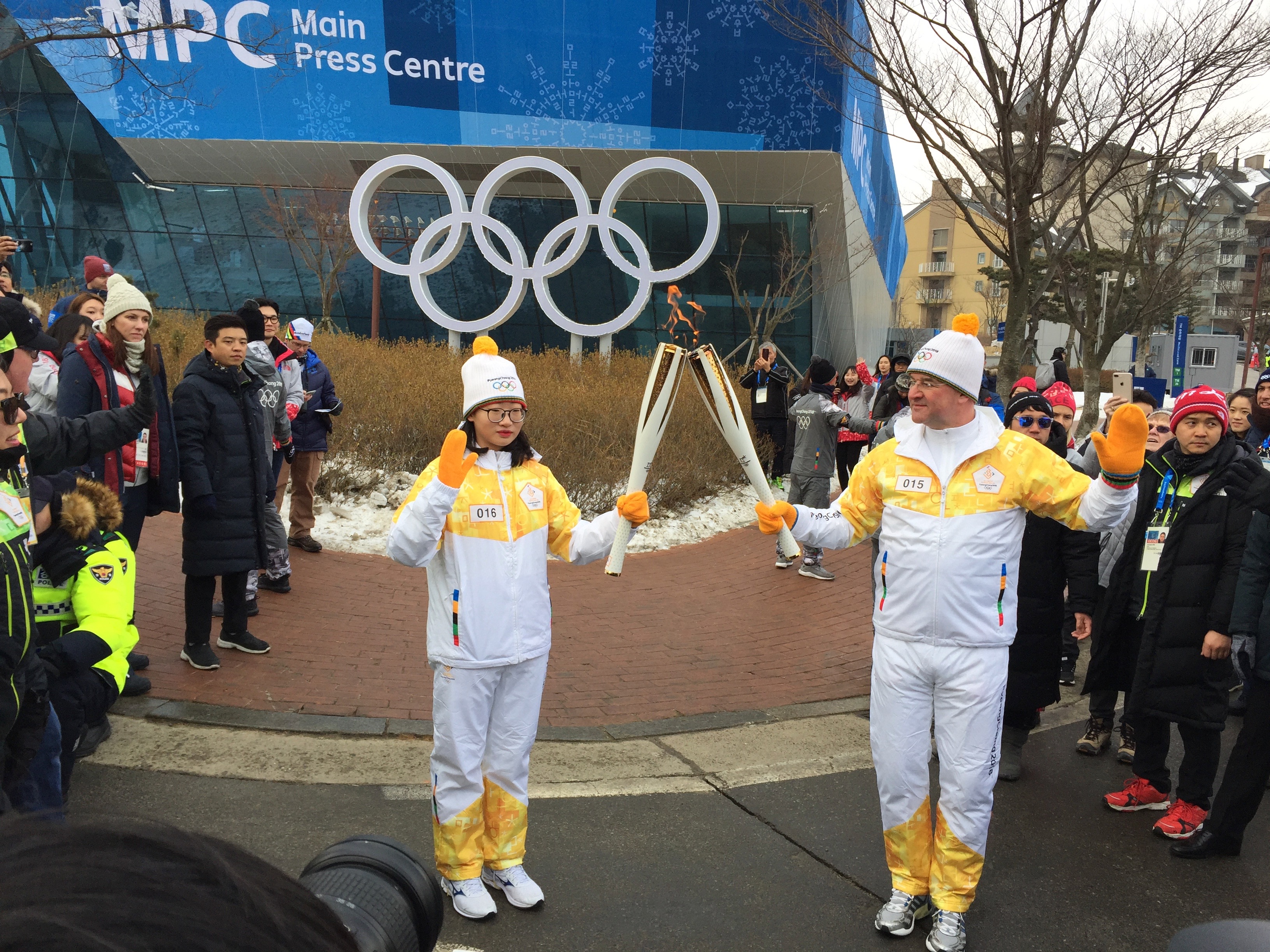 14—As the torch moves on, look up to the sky to be impressed that the torch has its very own drone following it around.

15—Lastly, when it comes to the Olympics, make sure all your iconic images can fit tightly into one frame. 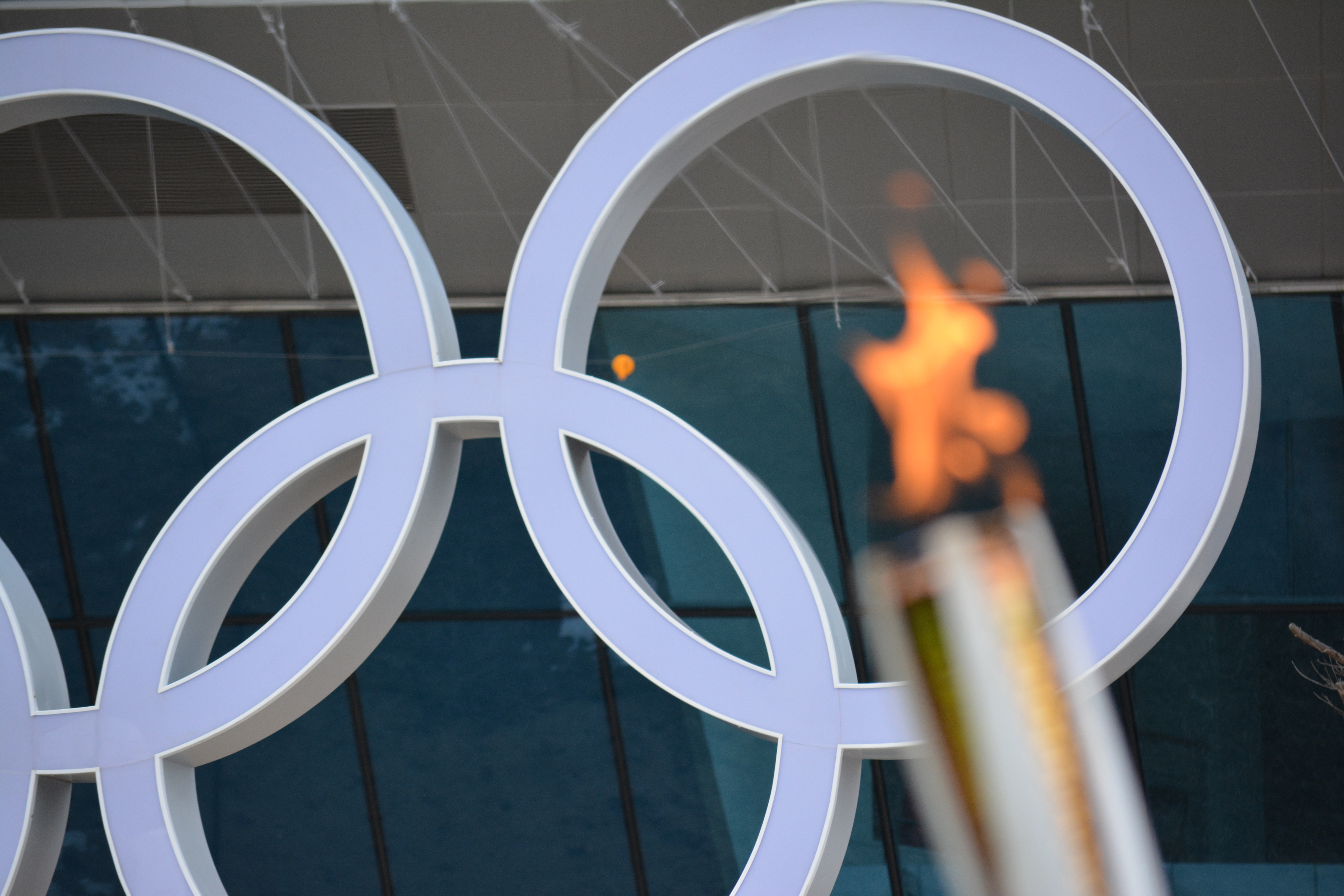