Lindsey Vonn is an Olympic champion and a skiing legend. But during a press conference hours before the Opening Ceremony, she also showed why the opening event at the Olympic Games holds so much power to inspire.

“I’ve always been in awe of the Olympics, especially in 2002—my first Olympics. I was 17, it was right after 9/11. It was such an unbelievable experience to be able to walk into the stadium for the Opening Ceremony with basically America cheering for you.”

Despite this being her fourth Olympics, that 2002 event was the only ceremony she had previously been able to march in until the Games here in Pyeongchang. That’s because downhill skiers usually have a frontloaded schedule that has them practicing or competing the day after the Opening Ceremony. This year, though, the women’s events are pushed back slightly from their traditional spot in the schedule, opening a window for Vonn, who said this will be her final Games.

“Normally I wouldn’t be able to go, but because of the schedule and because it’s my last Olympics, it’s very important for me to attend,” she said of the Opening Ceremony. “I’m going to try to get as much of the Olympic experience in during these next two weeks as is possible.”

As for the business of racing, Vonn said the downhill venue in Pyeongchang—the first time the men and women will compete on the same course at the Olympics—is a perfect fit for her. Vonn will be competing in three events at the Games: downhill, super-G and combined.

“I love the track here,” she said. “I really enjoyed skiing it last year in the test event. The downhill is really well suited for me with long sweeping turns, some nice tactical sections. We have a turn going into a jump, which is pretty rare—we don’t see it that often. The jumps are really big. I think it’s a great course.” 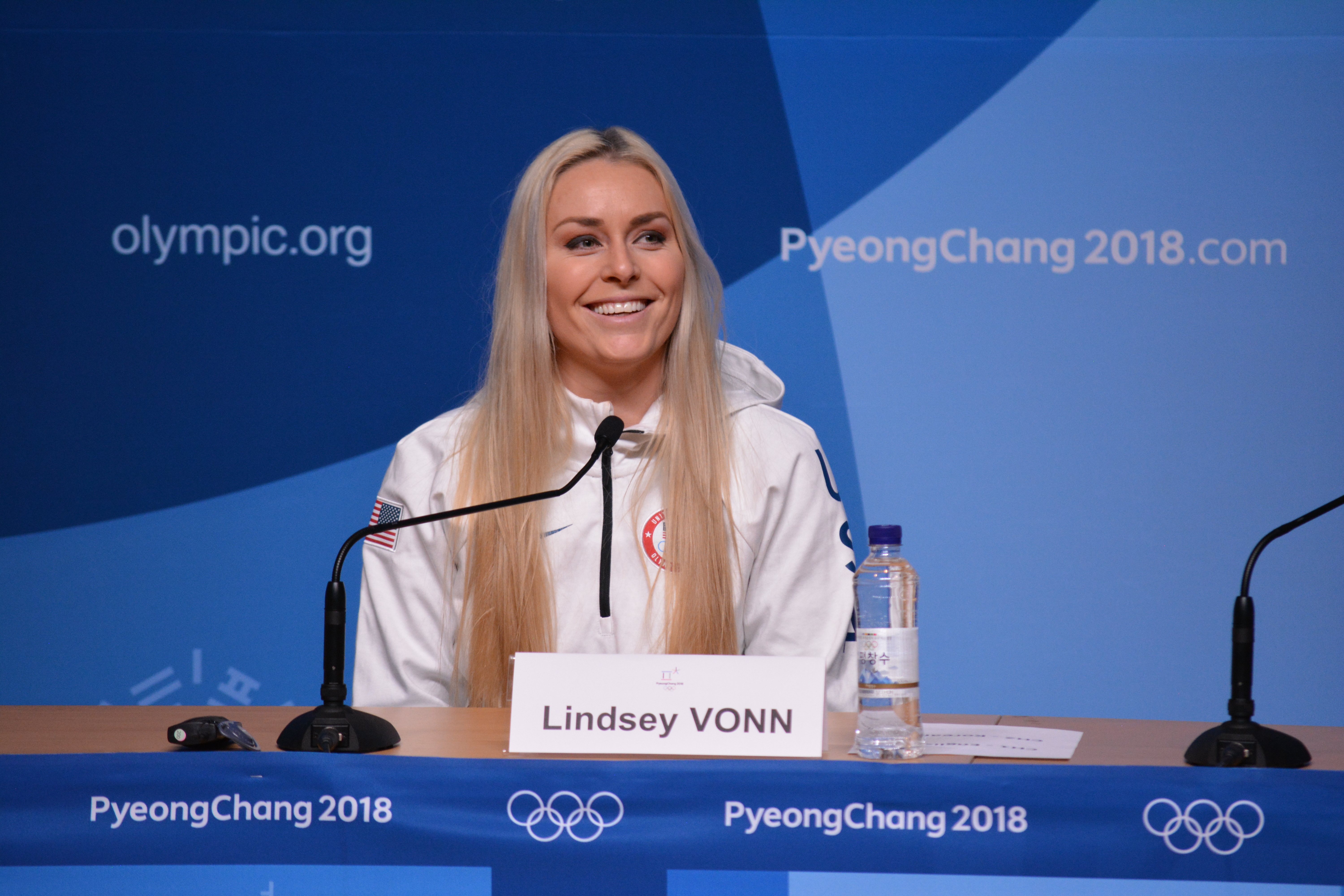