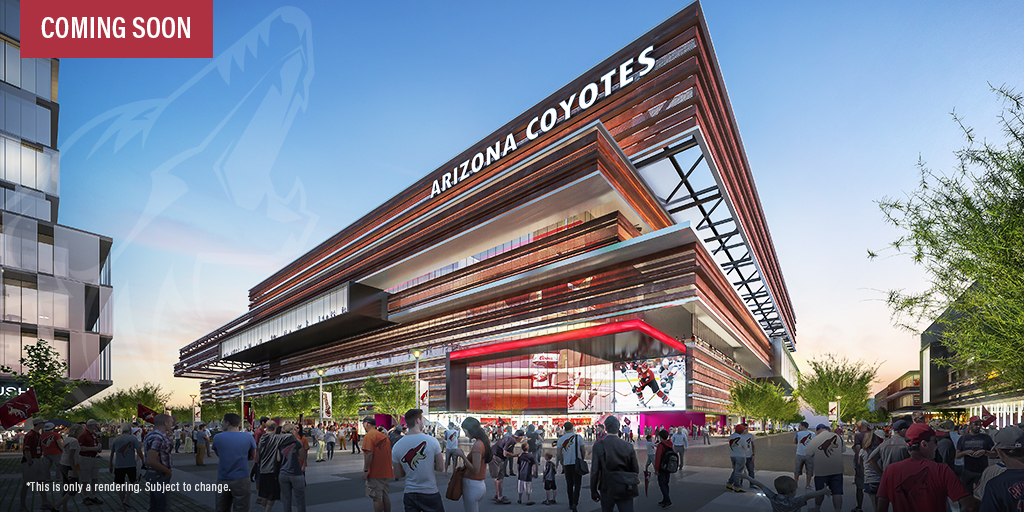 The Arizona Coyotes have entered into an exclusive negotiation agreement with Catellus Development Corporation to build a 16,000-seat arena for the National Hockey League team in Tempe, Arizona. Catellus is the master developer for the Arizona State University Athletic Facilities District, where the proposed stadium would become part of a commercial development project along Tempe Town Lake.

The proposed new arena would be located at the northwest corner of East Rio Salado Parkway and South McClintock Drive. In addition to the proposed arena, the project would include an attached 4,000-seat multisport arena for the ASU athletics department, Coyotes practices, youth hockey practices and games, and community events. A new hotel and other related projects are also expected to be added in the future.

“We are thrilled to partner with Catellus on this tremendous project that will include our future new home in the East Valley,” said Coyotes Majority Owner, Chairman and Governor Andrew Barroway. “The Coyotes are committed to Arizona, and we are extremely excited about our bright future.”

The team currently plays games at Gila River Arena in Glendale, Arizona, but have been seeking a different location after several disputes over the lease terms with the city of Glendale. The agreement with Catellus provides for the sides to reach a deal on overall budget, design and an operational plan by June 30, 2017.

“Over the past year we have been exhaustive in our research regarding the most optimal location for our new home in the Valley,” said Coyotes President and CEO Anthony LeBlanc. “While we have tremendous fans all across the greater Phoenix metro area, not to mention the entire state, it became clear that the East Valley is home to a majority of our fans and corporate partners. Our fans in the West Valley have shown us tremendous support over the past 13 years, and we look forward to working with them as we transition to our new home in the future.” 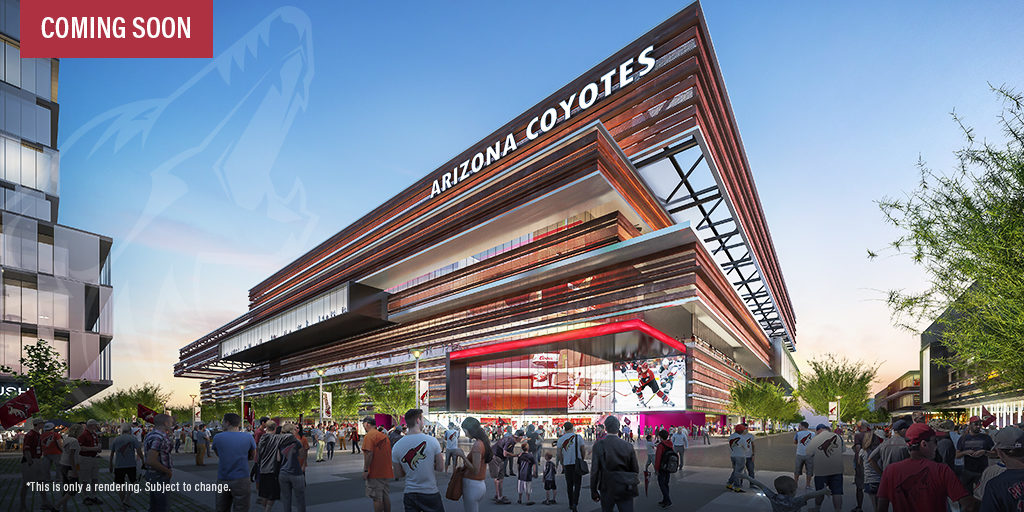