How much does a city love its professional sports teams? Seeing the turnout in Denver for the Broncos Super Bowl victory parade and rally is a good indication of what a team can mean to a community. An estimated 1 million fans lined the streets of downtown and the city’s Civic Center Park for the festivities, a number that far surpassed the estimated 650,000 that attended similar proceedings when the team won its first Super Bowl in 1998. Perhaps it’s not too much of a surprise, though, considering the team has had more than 350 consecutive sell-outs at its home stadium dating back to 1970, even with teams that didn’t make the playoffs. To put the rally turnout into some perspective: If the team had held it at Sports Authority Field at Mile High Stadium, whose seating capacity is 76,125, it would have needed 13 stadiums to seat everyone.

While the rally was peaceful (Denver police reported only one arrest), the effort to get downtown was anything but, and a good reminder for sports-event organizers to think ahead in all aspects of planning, including transportation. City officials—anticipating big crowds as they factored in the long wait between Super Bowl titles for the team (17 years) and unusually warm February weather (in the 50s)—encouraged fans to take public transportation. But the city’s light-rail system became overwhelmed quickly and left hundreds if not thousands of spectators stranded on platforms miles away from the action, unable to board trains. What was supposed to be extra service became hardly any service as trains were delayed and the few that came filled to capacity. It was an unfortunate circumstance that had fans filling trains going away from downtown so they could get to the first stops on the lines—their only real hope of boarding a train headed back to downtown.

Nonetheless, the rally itself and the turnout served as a useful reminder of the power that sports can play in uniting a community. And it served as a good reminder for all involved—organizers and attendees—to plan for all contingencies as far ahead as possible. 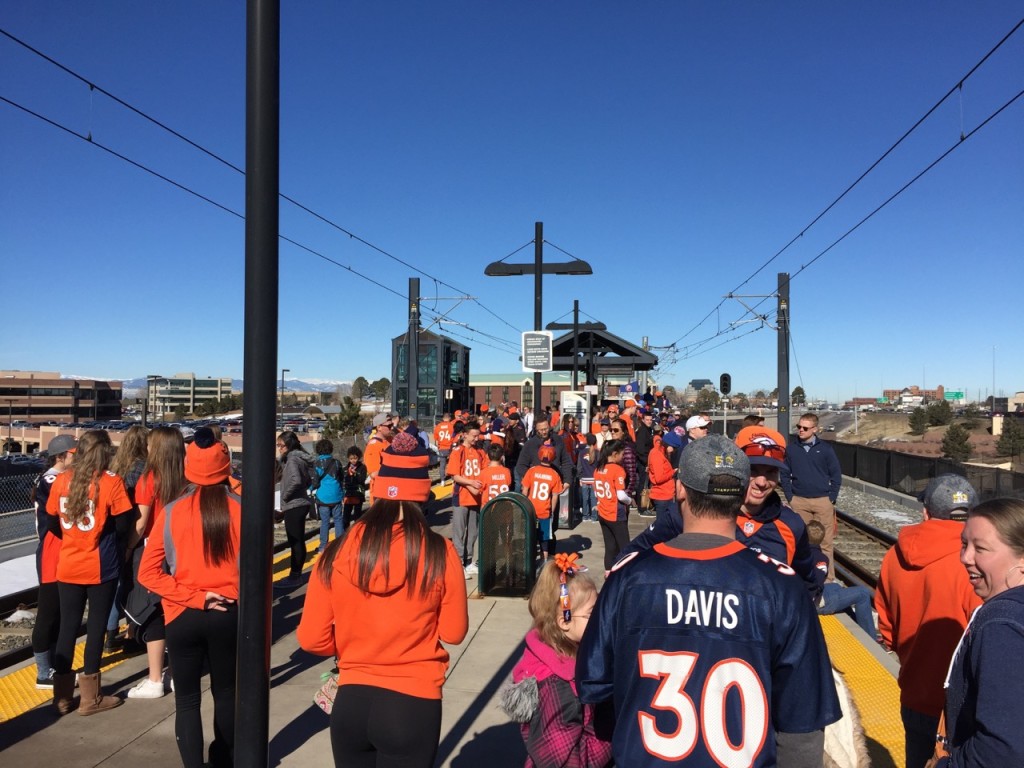