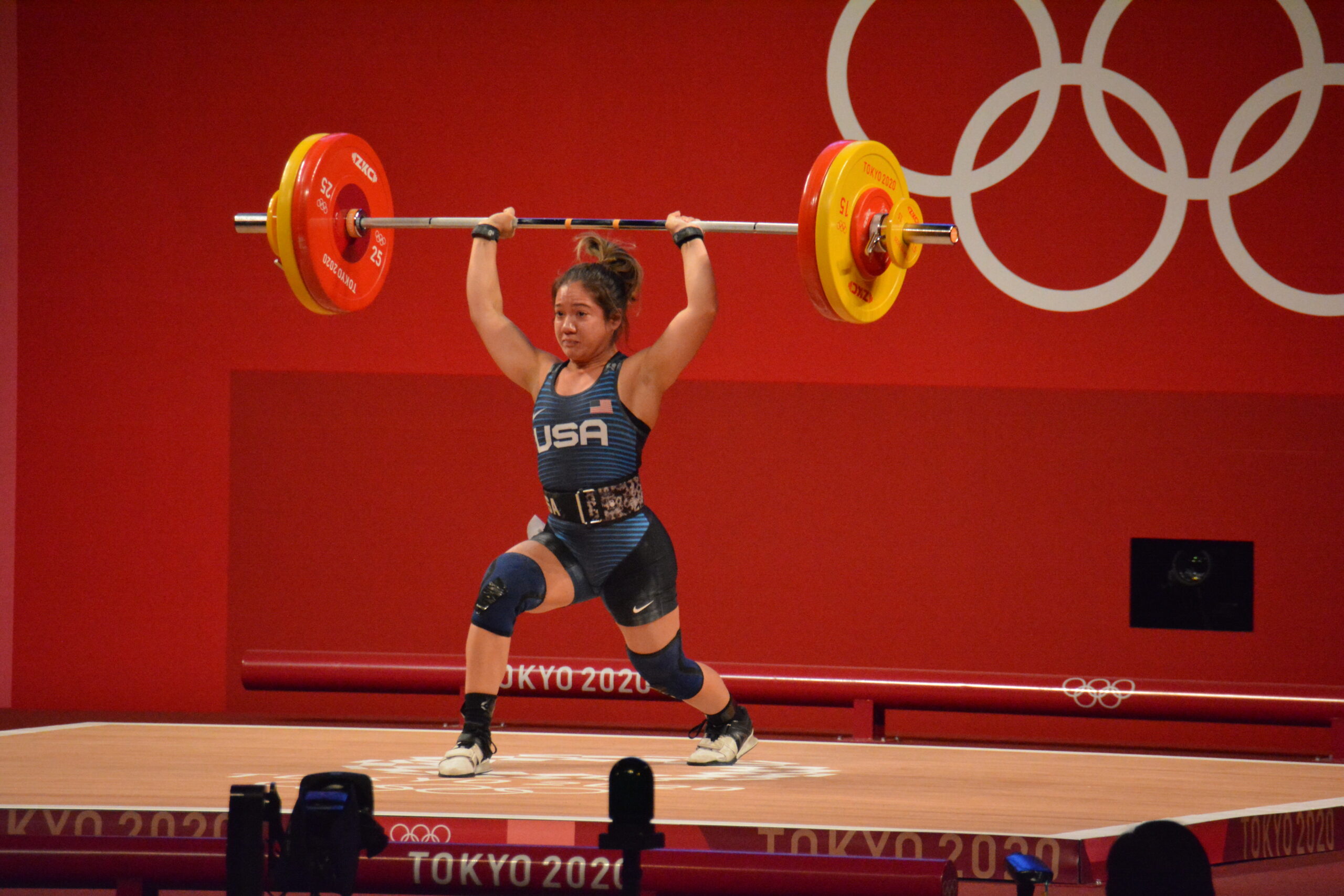 Jourdan Delacruz was the first U.S. weightlifter to make the trip from the USA Weightlifting training camp in Hawaii into to Tokyo for competition. Photo: Jason Gewirtz 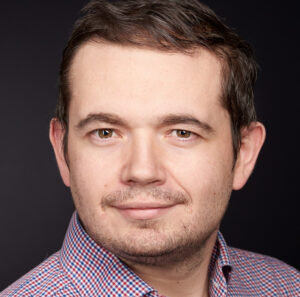 The changing logistics of the rescheduled Olympic Summer Games forced national governing bodies around the world to adjust their plans for training in advance of the Games and during the event itself. In the case of USA Weightlifting, which back before the 2020 event had planned its own training center in Tokyo, the new landscape forced the NGB to rip up those plans and start over.

The end result was a plan hatched by CEO Phil Andrews to make Hawaii a stopping-off point for athletes, who are all training at a Honolulu hotel before being sent to Tokyo one by one days before each of their individual competitions. They then come back to Hawaii one day later to keep their time in Tokyo limited.

One advantage of the move: While friends and family were banned from traveling to Tokyo, athletes can be around them in Hawaii, where watch parties bring together the weightlifting community and its extended family.

But among the many logistics involved in weightlifting, finding the perfect venue wasn’t easy. Among other things, the NGB seeks a venue whose ballroom can support both the pounding of dropped weights and the noise associated with those moves. Eventually it found a hit in the Alohilani Resort Waikiki Beach.

A few days into the Games, Jourdan Delacruz, a promising 23-year-old Team USA athlete, was the first to make the trip, failing to medal after three missed attempts at the clean and jerk on the first day of competition. Still, USA Weightlifting is fielding its deepest team in decades and has plans to come away with medals before the Games are finished.

We caught up with Andrews from the training site in Hawaii to see how the plan is working and to talk about the sport’s future, which the IOC has warned may be limited following several major doping scandals at the international level — problems that Andrews and others are advocating strongly to reform.

You initially had plans to train in Tokyo when the event was planned for 2020. How did you come to choose Hawaii as a launching off point once the Games were postponed?

SportsTravel is reporting on the Olympic Games live from Tokyo and at home. Click here to read more.

Well, I think it was a few reasons. The first is it’s just physically closer to Tokyo than the rest of the U.S. Obviously we would prefer to be in Tokyo. But there are so many restrictions on the ground, period-of-stay guidelines, etc., which all make sense for the Japanese people and the Japanese government and we fully support those.

We just thought it made the most sense to have a launching point here in Hawaii, where we’re not horribly different in terms of timing. We’re only about five hours’ time difference, which means we can adjust all time schedules here to Tokyo time, sleep on Tokyo time, eat and train on Tokyo time, but have everybody around the team that they’ve had this whole time. We’re pretty happy with the progress so far. Obviously, our opening performance isn’t what we envisaged. But we’re hoping we’ll see some better performances over the coming seven days.

How did you land on the Alohilani Resort Waikiki Beach in Hawaii as your training site? Did you have a relationship there or did they reach out to you?

We came out here for Sports Express a couple of years ago. And the Alohilani was one we visited then. So we already had a contact here. We did look at other properties here in Honolulu. We wanted to be relatively close to the airport. We’re about a 20- to 25-minute drive door to door to the airport here. There is traffic at certain times of day here but when we’re going to Tokyo there isn’t. Swimming, rowing and a couple of others also made it out here for similar reasons.

We also require somewhere where we can drop weights. It happens that the Alohilani has a sixth-floor ballroom above its parking garage. And the competition in Tokyo actually does take place for the first time in history on the sixth floor at the Tokyo International Forum. So we’re delighted to have a relatively similar facility in terms of layout.

Additionally, they could do a great job on the food. They’ve made us a really good agreement to be able to do the exact food our sports nutritionist here wants us to have, which is not the usual fare for our hotels.

So we’re very pleased with how cooperative the Alohilani has been with us. It’s an independent group of hotels owned by a company named Highgate. They’ve been pretty hospitable to us. And since we’re here for a while, the staff here who has got to know the team a little bit, suddenly they’re rooting for the team very much. They know our athletes’ individual tastes. One of them likes a specific type of coffee. Sure enough, this morning at breakfast, it’s right there.

Let me go back to something you said about your needs from a building. Do you need to have a certain infrastructure to handle the volume of weights that you need for your athletes?

That’s exactly it. It’s just sheer weight. Weights to be lifted, weights pounded into the floor. You just need to have stability of a building. So, having, for example, a restaurant or the sleeping rooms right below, it’s just not going to work. Even if the building can take it, the sound will be the problem below it.

One of the hotels, which another one of the U.S. teams used as a jumping off point, which I can see from my window here, it had capacity, it had a really great set-up for us, it had everything except that the critical training hall just wasn’t going to work. Even though they went to their facilities guys, checked it all out and it would work from a sheer “can the building take it” perspective, it wouldn’t work from just a noise vibration perspective. It’s going to sound horrendous to anybody sitting right below it.

Exactly. I’ve been in the parking garage right below the ballroom here and it’s just fine. You can’t really even hear it on the same floor as the ballroom is in or in the sleeping room areas. So it’s actually really quite impressive the set-up we have here.

Can you explain how you’re moving your athletes between here and Tokyo? How many days in advance of their competition are they leaving? Who’s going with them?

Each athlete is individualized in their plan going in from Hawaii into Tokyo. Most of the time they’re traveling with their personal coach, which is the person that they trained with day-to-day at home, who is also here with them. Then at the other end, they’re backed by a high-performance team on the ground at Haneda (Airport). They usually go in about four to five days ahead of competition and then return one day after.

Are they staying in the Olympic Village when they’re there?

Yes, they’ll be in the village and their personal coach will stay close by in a hotel.

How many staff do you have on the ground?

We have our two main coaches on the ground managing the logistics in Tokyo and then the rest of our high-performance team — our nutritionist, our chiropractor, our sports psychologist — are here. And I’m here as well in Hawaii. We use Zoom and FaceTime and iMessage to communicate back and forth between the professional staff here and over there. So it’s a split group. Everybody was here at the start.

Athletes can’t bring their families to Tokyo but are those families allowed with you in Hawaii?

Yes, we have a friends and family program here. We also have a donor program here in Hawaii, obviously following the same COVID-19 protocols. It’s important to us that people have the people who supported them through this whole experience with them. The personal coach has been the most important, but also friends and family, especially close family, husbands wives. One of our athletes is new father. And you know, I think it’s really important that his wife and kid are part of this experience. They actually arrived today a few days ahead of him leaving. It’s not the sole reason we did the Hawaii plan, but it’s certainly a benefit to be able to have those people share this Olympic experience with those athletes.

Obviously the results for Jourdan Delacruz didn’t go the way you hoped but overall, having gone through your first athlete going there and coming back, are you feeling good about the plan to be in Hawaii?

I think it’s right. I think overall it’s worked out so far. I think when we get through the post Games, we’ll be thankful we did this. That’s the feedback we’re getting from athletes.

Lastly, weightlifting is having some serious governance issues at the international level and the International Olympic Committee has said the sport’s days on the program may be numbered without reform. You have been an advocate for that reform but as we stand here today, are you confident that weightlifting will be on the program at the next Olympic Games?

No, not without significant change to our governance structure. We’re still talking about that during the Olympic Games. There a WhatsApp group and some meetings going on. We now have a Congress in Doha, Qatar, at the end of August that will be critical in the reform of the International Weightlifting Federation.