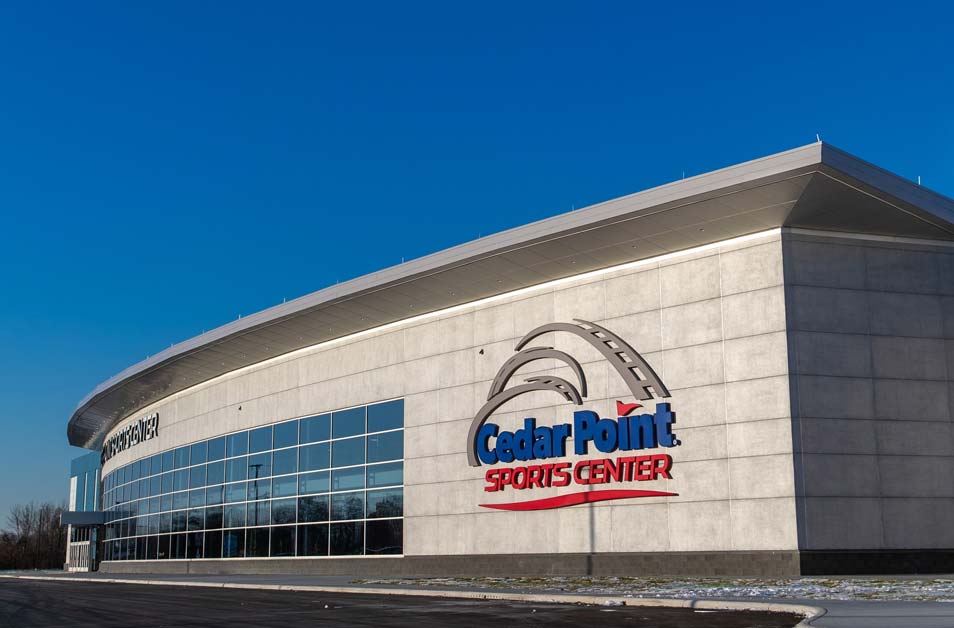 Justin Kijowski has been promoted to general manager of the Cedar Point Sports Center in Sandusky, Ohio.

Cedar Fair Entertainment Company is looking to add to the Cedar Point Sports Center in Sandusky, Ohio, with the potential development of an esports arena that would serve as a Midwest hub for youth and collegiate gaming and esports events.

Plans are to have up to space for up to 1,500 fans with 200 gaming stations and food and beverage options. If the development is approved and necessary financing secured, construction would be expected to commence before the end of this year, with targeted opening in the first half of 2023.

“Our long-term strategy is focused on delivering an immersive entertainment experience that differentiates our parks and makes our park guests want to come back again and again,” said Richard A. Zimmerman, Cedar Fair president and chief executive officer. “The opening of our Cedar Point Sports Center in 2017 was consistent with this strategy and has proved to be enormously popular with amateur sports teams and other large groups. Given the booming popularity of esports, we believe there is an opportunity to tap into the growing appetite for that form of entertainment and package it with all that Cedar Point has to offer.”

The sports center, which was built for approximately $50 million, includes the Sports Force Parks and 10 multi-purpose outdoor turf fields as well as a 145,000-square-foot indoor facility with 10 basketball courts.  Cedar Fair is partnering with Esports Development Co. LLC, to develop preliminary plans for the estimated $28 million arena.

Preliminary development plans for the facility were submitted to the City of Sandusky Planning Commission for review earlier in July by OSPORTS, a division of Osborn Engineering Company, which also designed Cedar Point Sports Center. The proposed development could also host concerts, youth camps and educational opportunities such as STEM programming. The first floor would have a gaming hub, locker rooms and food court area with a restaurant, studio and office space on the second floor. The third and fourth floors would be dormitory rooms for camp and event attendees.