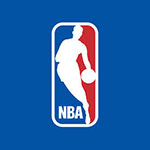 The NBA has announced that Charlotte, North Carolina, will host the 2017 NBA All-Star Game. The 66th annual game will be staged at Time Warner Cable Arena, home of the Hornets, on February 19. The 2017 game will mark the second NBA All-Star celebration in Charlotte, which last hosted the event in 1991.

NBA Commissioner Adam Silver made the announcement during a press conference at Time Warner Cable Arena, where he was joined by Charlotte Mayor Dan Clodfelter, North Carolina Governor Pat McCrory, Mecklenburg County Board of Commissioners Chairman Trevor Fuller, Hornets President and COO Fred Whitfield and Hornets Chairman Michael Jordan, who was the leading scorer of the 1991 NBA All-Star Game at the Charlotte Coliseum.

“As a thriving city with a proud basketball tradition and a deep passion for the game, the city of Charlotte is a terrific All-Star destination,” said Silver. “We thank Michael Jordan, the Hornets organization and the Charlotte community for their support and congratulate them on bringing our All-Star festivities back to North Carolina.”

The on-court festivities in Time Warner Cable Arena will tip off February 17, with the BBVA Compass Rising Stars Challenge, where the league’s best rookies and sophomores compete in a U.S. versus World five-on-five format. On February 18, State Farm All-Star Saturday Night will feature basketball competitions starring current NBA and WNBA players as well as NBA legends. The slate of events includes Degree Shooting Stars, which showcases NBA and WNBA players, as well as legends; the Taco Bell Skills Challenge, where top guards compete head-to-head in a series of passing, shooting and agility drills; the Foot Locker Three-Point Contest; and the Slam Dunk Contest. The weekend concludes with the Sprint Pregame Concert followed by the NBA All-Star Game.

In partnership with the Charlotte Regional Visitors Authority, the NBA will host several events for fans at the Charlotte Convention Center and Bojangles’ Coliseum. These events, including the NBA All-Star Practice, Sprint NBA All-Star Celebrity Game, NBA Development League All-Star Game presented by Kumho Tire and the NBA Development League Dream Factory presented by Boost Mobile, will give fans up-close access to NBA and WNBA players and legends, along with family-friendly entertainment throughout the weekend.

“Major events such as NBA All-Star are proven economic generators that benefit our community’s quality of life through the visitor spending they create,” said Charlotte Regional Visitors Authority Chief Executive Officer Tom Murray. “We’re incredibly proud to host an event that will infuse tens of millions of dollars into our community and showcase the many reasons why Charlotte continues to be an attractive place to live, work, play and visit. It’s rewarding to see the collaboration of our partners and the entire hotel community come together to make this event a reality for our city.”