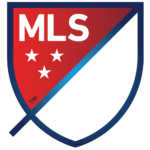 Veljko Paunovic, the head coach of the Chicago Fire, will manage the All-Star team against an opposing team to be determined. MLS All-Stars have played against a top-tier international European opponent since 2005. Target will serve as the presenting sponsor of the annual midsummer classic. Under the terms of a landmark, multiyear partnership announced earlier this month, Target became an official partner of MLS. The 2017 All-Star Game presented by Target marks the retailer’s largest push into team sports.

In addition to the match, the city of Chicago will host nearly a week of events surrounding the game; programming will include concerts, community service initiatives, player appearances and an additional showcase match featuring the best young players from across the league. Soldier Field, with a capacity of 61,500, has hosted major sporting events including CONCACAF Gold Cup matches, World Cup Qualifiers, FIFA World Cup matches and last summer’s Copa America Centenario. While this is the first MLS All-Star Game to be played at Soldier Field, it’s the second time the game has been played in the Chicagoland area.

The 2017 MLS All-Star Game will be broadcast live on FS1, UDN and UniMás in the United States, TSN and TVA Sports in Canada, and in more than 170 countries across the globe.