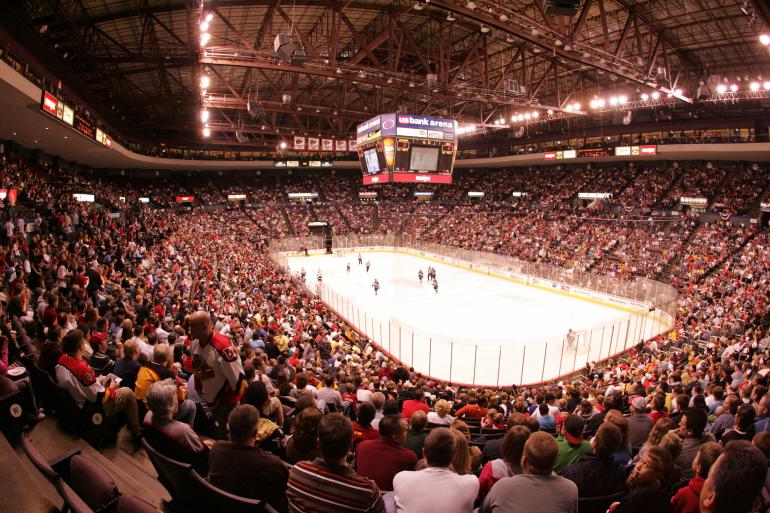 The home of the ECHL Kelly Cup champions Cincinnati Cyclones has a new name, with the facility’s naming rights purchased by Heritage Bank.

The Heritage Bank Center’s naming rights have been up for bid since the summer. Heritage Bank Chairman Chris Caddell said at a press conference that the contract is a 10-year deal but would not reveal the financial terms.

The newly named Heritage Bank Center, managed by ASM Global, seats 17,500 for hockey and is located in downtown Cincinnati. Its previous naming rights holder, U.S. Bank, will maintain a presence at the venue with a marketing partnership.

The arena has been open since 1975 and is next to Great American Ball Park, the home of the Cincinnati Reds. It was originally named Riverfront Coliseum due to its proximity to the old Riverfront Stadium. The arena has hosted a series of minor league hockey teams, tennis tournaments and figure skating events. It also was the longtime home for the University of Cincinnati men’s basketball team until it left in 1987.