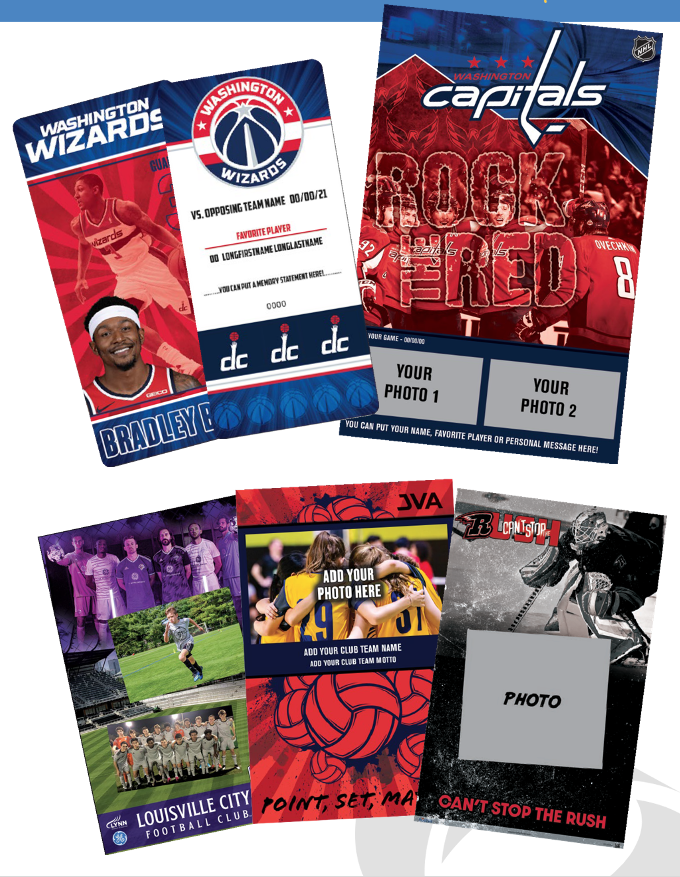 While the age of contactless ticketing for entry to an event, amateur to professional, is needed now for obvious reasons, there is still something romantic about having a ticket to keep as a souvenir and hang on a wall or protect in a frame on your desk. A physical keepsake serves as a constant reminder of the memories of going to an event in a way that a mobile ticket cannot replicate.

One company, West Virginia-based i6tix, is looking to jump into that void by creating both the types of unique souvenirs that can either be purchased by event attendees or given by teams and organizations to special groups such as season-ticket holders or suite purchasers.

“We’re really attacking sports in a whole new way and are excited how those products will translate in the sports world,” said Rodney Moore, vice president of customer experience for i6tix, which has worked extensively in the concert and special event space already. Moore and Mike Lopez, the company’s senior account specialist, are charged with increasing its presence in the sports-event industry.

“What I love about sports is the difference between the sports fan and a music fan that goes to see Rihanna and is passionate and went to four Rihanna shows,” Moore said. “Rihanna has no idea who you are even if you bought a VIP pass. If you’re a season-ticket holder in sports, there’s a whole different environment in making sure teams are giving value to you. There’s more intimacy to sport and having an added value to that relationship which is much different than the entertainment world.”

The company has a revenue generating program for event owners that is built around items such as tickets, posters and laminates. Depending on how a team or event owner works with i6tix, something such as a souvenir ticket can be customized with the purchaser’s name and more. The concept with posters is similar, whether it be a straight souvenir piece or something that can be designed so competitors can upload their own photos to a site and personalize it before having the poster shipped.

129 Sports LLC President Russ Yurk, who has worked with i6tix as a conduit to the sports-event industry, pointed to the experience of a runner who has done events such as the Rock ‘n’ Roll Marathon or an Ironman event and can customize a poster with a photo of themselves crossing the finish line with their finishing time. Another example would be parents who have a child playing in a tournament — whether for the first time or final time — and would want to personalize a souvenir with photos of him or her and their teammates.

Yurk added from his viewpoint as an event organizer, “I don’t need to have an (on-site souvenir) inventory, I don’t need to have a variety of right sizes and right colors. Once you provide the i6 team with the artwork, they handle everything and that’s real attractive to me as an event organizer. I don’t have to fulfill anything and I don’t have to ship things at the post office.”

After working with outfits such as Overwatch League and RTX gaming, the company is now working on deals with teams including the San Antonio Spurs, Tampa Bay Lightning, University of Alabama football and more.

There is also a burgeoning market for those who still want to be able to have tickets as a reminder of going to an event — things that are not possible anymore in the pandemic era and likely in the post-pandemic era as well with mobile ticketing taking hold at venues.

“We believe that now that the paper ticket is gone, for those fans who that little paper ticket was good enough as a souvenir, that’s not enough anymore,” Moore said. “Those fans will want to have a physical, tangible ticket to hold on as a memory of that event. … (and) because now you’re not limited to the traditional size of a ticket, it can be larger sized, it can be acrylic, anything. And while a digital ticket goes to your phone, a cool souvenir will then arrive at your home.”