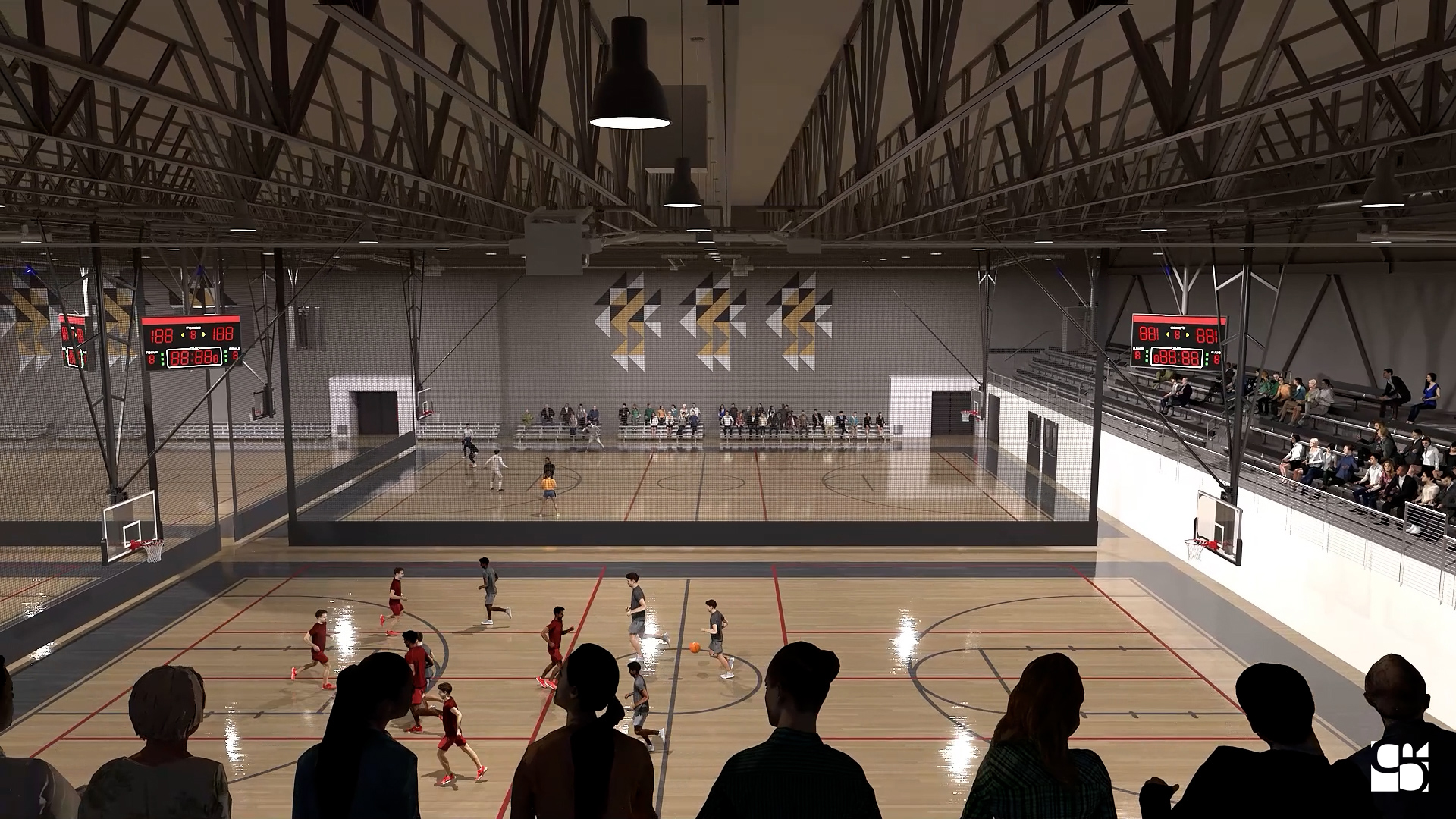 This rendering of the new Cullman Sports Complex shows the indoor gymnasium, which can be used for a variety of activities, including basketball. Photo courtesy of City of Cullman

The city of Cullman, Alabama, has revealed plans for the new 130,000-square-foot sports and events venue in the middle of the city’s Sports and Events District.

Once the new Sports and Events Center is complete, the district will have a total of 10 tournament basketball courts, 19 volleyball courts, nine baseball/softball fields, five soccer fields, a large events center, a wellness center, an indoor aquatic center and a regional water park.

“This facility will serve a massive need for the local community,” said Nathan Anderson, Cullman parks, recreation and sports tourism executive director. “It will draw hundreds of thousands to Cullman and will have a tremendous impact on our community.”

The complex is slated to open in 2024, with an estimated annual economic impact of up to $23 million for the area.

City and county leadership attended the July 27 announcement. Anderson thanked those involved in the project, including the Cullman City Council and Mayor Woody Jacobs.

“People will stay in our hotel rooms, they’ll eat at our restaurants, and they’ll shop at the great businesses that we have in Cullman,” Jacobs said. “We’re excited about it. We think it’s a positive thing for our community and for our state, and we’re going to work with everyone we can to ensure it’s successful.”

The new project will include eight basketball courts, 16 volleyball courts, and enough space for 6,500 attendees in a concert or conference setting. The gym is designed to host large concerts, expositions, conventions, trade shows, sporting events and charity fundraisers.

“Nationally, there are very few places like this,” said Clint Hollingsworth, chairman of the city’s tourism committee. “The opening of this facility will solidify Cullman as one of the top 20 places for youth sports destinations in the country. For many visitors, it will be not only their introduction to Cullman, but also their introduction to Alabama.”

The design consists of a large open space for various recreational events and programs, a catering kitchen, up to eight breakout meeting rooms and parking.