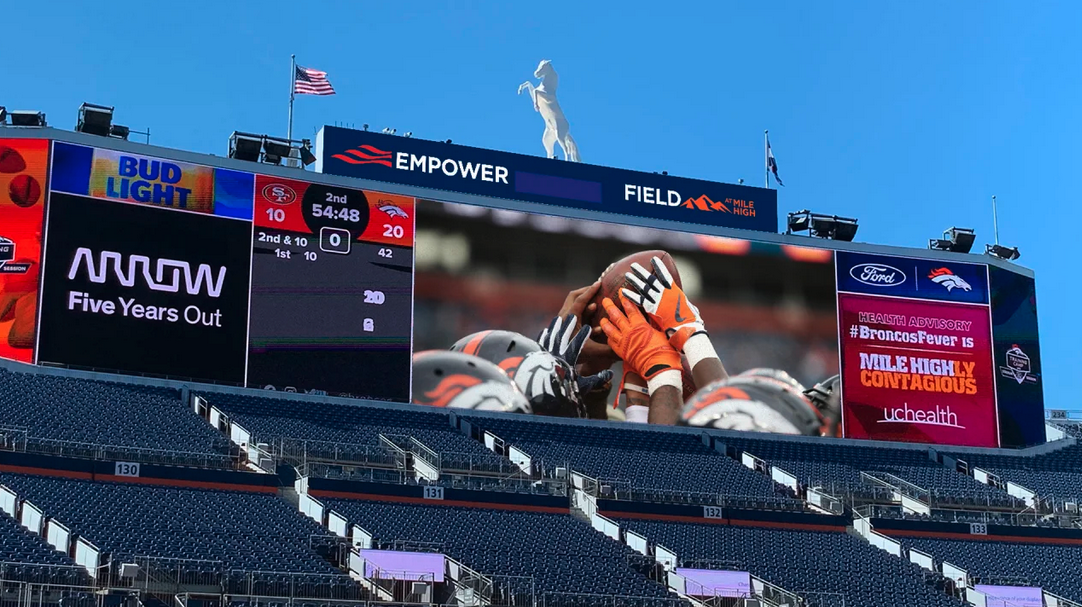 One of the remaining stadiums in the National Football League that did not have a commercial sponsor on it for naming rights has found a partner. The Denver Broncos have announced that the team will play at the newly named Empower Field at Mile High after agreeing to a 21-year contract with the Denver-based retirement plan provider.

The agreement is pending the approval of the Metropolitan Football Stadium District. Empowerment Retirement is the second-largest retirement plan provider in the country and has already been a Broncos team partner for the past four years.

“We are proud to reach an agreement on a long-term naming rights deal between the Broncos and Empower Retirement,” Broncos President and CEO Joe Ellis said. “Empower is a thriving—and growing—hometown company that has been a valued team partner since our Super Bowl season in 2015. Most importantly, we’ve enjoyed a genuine working relationship with Empower for a number of years because they are simply great at what they do.”

Empower Field at Mile High will serve as home of the Broncos and more than 300 other events annually to get national brand and media exposure. The agreement calls for a mix of gameday visibility and throughout the year with various signage, media placements, promotional opportunities and hospitality benefits.

“We are thrilled with the opportunity to continue to invest in the community and the future of the Denver Broncos through our expanded partnership with the team,” said Edmund F. Murphy III, president and chief executive officer of Empower Retirement. “Empower was born in Colorado but our associates serve working Americans across the entire nation—many of whom follow the NFL. This agreement gives us the chance to show support for this beloved hometown team and our vibrant local community.”

The only NFL stadiums that do not have a naming rights sponsor are Arrowhead Stadium in Kansas City, Missouri, and Lambeau Field in Green Bay, Wisconsin.

The stadium also has hosted the 2008 Democratic National Convention and the CONCACAF Gold Cup, and is one of the venues in the running to be a host site for the 2026 FIFA World Cup. Since opening in 2001, the stadium has undergone nearly $100 million worth of additional upgrades, including the scoreboard being tripled in size, upgrades to Wi-Fi throughout the stadium and enhanced audio and visual elements. There has been $8.3 million of budgeted upgrades approved for this year including energy-efficient LED lighting to meet World Cup standards.