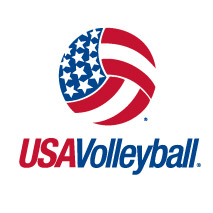 USA Volleyball has selected Detroit, Dallas and Phoenix as host of its three signature national championship events in 2018.

The Girls’ Junior National Championships will be held for the 39th time and bring 1,208 teams to Detroit, including 12,000 athletes. “USA Volleyball was thoroughly impressed with Detroit as it hosted the 2015 USA Volleyball Open National Championships for adults,” said Tom Pingel, USA Volleyball’s senior director of indoor events. “It is a city on the rise with a thriving downtown area where the event will be played at and most of the participants will be staying. There is no doubt in my mind that the 2018 GJNC will be one our finest.”

“When it was announced Cobo Center would undergo a $279 million renovation, we understood the future impact it could have on metro Detroit, and we’re ecstatic to see the transformation pay off by being awarded the 2018 USA Volleyball Girls’ Junior National Championships,” Detroit Sports Commission Director Kris Smith said. “We’re confident the thousands of players, coaches and spectators will experience the tremendous energy and excitement currently taking place in our great American city.”

The Boys’ Junior National Championships will also be held for the 39th time, featuring 450 teams and nearly 5,000 athletes. Phoenix previously hosted in 2001 and 2003. “Phoenix is a great partner to host our Boys’ Junior National Championships,” Pingel said. “Boys’ volleyball is growing in the Phoenix area and is a fun destination for our participants.”

“Dallas is honored to serve as the host of the USA Volleyball Open National Championships in 2018,” Dallas Sports Commission Executive Director Monica Paul said. “We consider volleyball a strong part of our sports DNA here in Dallas and look forward to welcoming all of the USA Volleyball family, players, coaches, officials and fans in 2018.”