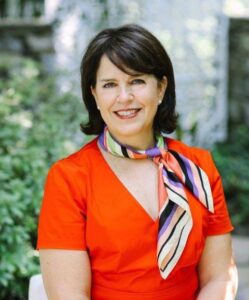 Destination Madison in Wisconsin has named Ellie Westman Chin its new president and CEO. She will succeed Deb Archer, who announced last year that she would retire after more than 25 years at the convention and visitors bureau. Chin has been president and CEO of Visit Franklin (Tennessee) since June 2014.

“We thank Ellie for the incredible leadership and vision she brought to Visit Franklin,” said Visit Franklin Board Chairman Andy Marshall. “Under Ellie’s leadership, Franklin and all of Williamson County has reached heights in tourism that many would have said were never possible. We are known on the world stage now and that is thanks in large part to the efforts of Ellie and the team she has directed since 2014.”

During Westman Chin’s time in Franklin, located south of Nashville, annual visitation to Williamson County increased 48 percent to more than 1.81 million annually and visitor spending in the county grew to $497.2 million, an increase of almost $90 million annually.

In her time at Visit Franklin Westman, Chin helped spearhead development initiatives that included the creation of the Williamson County Sports Authority. She is a member of the U.S. Travel Association Board of Directors, Destinations International’s Foundation Board of Directors, Tennessee Tourism Committee, Greater Nashville Hospitality Association, Nashville Predators Foundation, Franklin Public Arts Commission, and Williamson County Chamber of Commerce.

“It has truly been my honor to serve as president and CEO of Visit Franklin these past 6 1/2 years,” said Westman Chin. “Although it was a difficult decision to resign from my position, the Visit Franklin team is exceptional, and I’ve no doubt they, along with the board of directors, will continue to do great work in the community and continue to increase Williamson County’s tourism impact.”