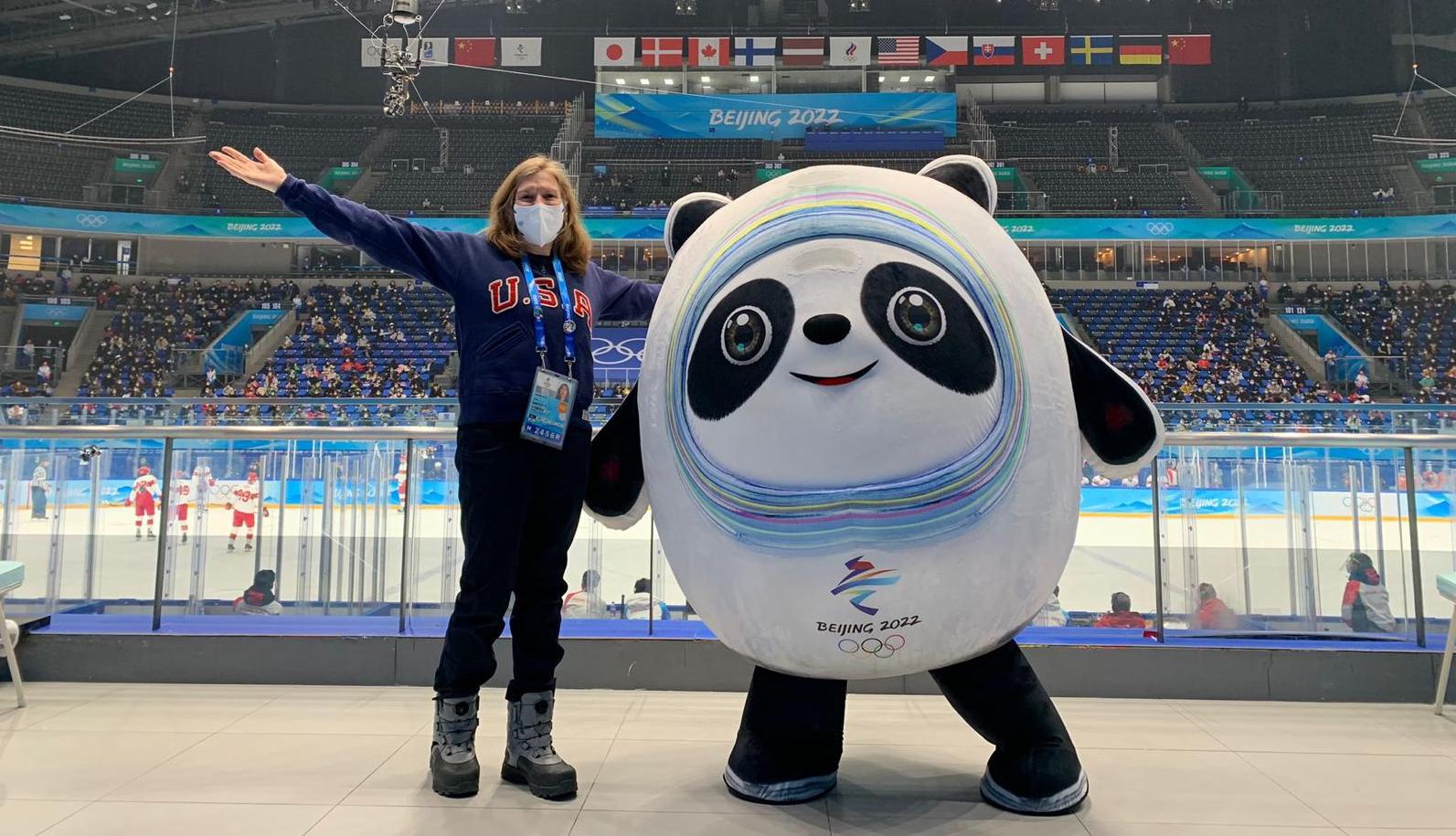 George Washington University Professor Lisa Delpy Neirotti was in Beijing on behalf of SportsTravel. It was her 21st consecutive Games, providing her unique insight into how operations went across a number of areas.

Despite the political tension surrounding the Olympic Winter Games in Beijing, lingering fear of testing positive for COVID-19 before or during the Olympics and lack of sponsors activations, the actual competition and media distribution were similar to previous Games. From the atmosphere to the food and transportation, here is a final assessment of how organizers fared and what the experience was like on the ground.

Considering the Chinese “Zero-COVID” policy, the atmosphere around the Games was extremely limited. Those living within the so-called closed loop could mix and mingle in venues, on bus transportation and in hotels or the Olympic Village. Some hotels were more socially attractive than others with lobby bars and big-screen televisions. But the lack of contact also led to a lack of atmosphere compared with the typical spectacle seen at previous Games. Unlike in Tokyo for the Summer Games, at least there were some fans in the stands, and these Chinese spectators did start cheering near the end as opposed to solely clapping or waving flags.

Despite a very limited number of Chinese spectators who were either domestic sponsors or invited by the government, the Games presentation continued as if there was a full house. For the indoor venues, a pre-competition light show was presented with cheerleaders, dancers and the beloved mascot engaging the crowd during competition, coupled with video score board contests and animations. Similarly, the outdoor venues had lively announcers with upbeat contemporary music played during breaks in competition. The spectators were also given funky 2022 glasses and flags to wear to increase the spirit. The integration of Chinese culture into the mountain obstacles at events such as slopestyle was also attractive both in-person and on television.

Based on conversations with athletes and those living in the Village, it seems as if the food in the Village was not as diverse or good as the food in the Main Media Center (MMC), Olympic hospitality lounges or hotels. This also depended on the Village as some said the quality differed between Villages. The biggest complaint heard was the monotony of the same food as those in the loop could not venture out and explore restaurants and bars. Once people found something they liked, they tended to eat it daily versus trying different things. Food cooked and delivered by a machine or robot became a norm versus a novelty.

For the athlete lounges at venues, one of the requirements is to offer an energy bar. In China, a Snickers bar fell within this category. Coca-Cola offered not only soda, juices and water but cold and hot coffee. Media members were offered some complementary sponsor snacks like chips and crackers but also fresh fruit, which was a welcome addition from previous Games.

The challenge in transport was the limited schedule to and from hotels as this was the only way to move unless you wanted to pay for a “Games Taxi,” which was said to be expensive. Remember, no walking, public transport or regular taxis were allowed. Buses typically left hotels every hour to the MMC where you would transfer to another bus to a particular sport venue or to another hotel. Although closer on the map, travel to Yanqing (alpine skiing, luge, bobsled, skeleton) took longer to travel to than Zhangjiakou (Nordic, ski jumping, biathlon, snowboarding, freestyle).

There was a bus from MMC to a transport depot in Yanqing that took 1.5 hours. From there you took a shuttle to the venue or Olympic Village. The shuttles only ran every 30 minutes so you often waited to connect. The other option was to take a car/bus to the train station (30 minutes), take a 20-minute high-speed train, then another car/bus to the transport depot (20 minutes) where you would take the shuttle to the venue or Village. Travel to Zhangjiakou only required the ride to the train station, a 50-minute train ride (offered seven times per day) and then a relatively short ride to one of the venues.

For those with access to a car, the app worked well at the venues and three Olympic Family hotels where cars were on demand. But to reserve a ride from another hotel this required a reservation made two hours in advance and required a two-hour gap between the next reservation. Unlike other Games, there was a limited number of private cars and vans that National Olympic Committees, international federations and media could lease and an assigned Chinese driver was a requirement. The language barrier and communication with the driver tended to be an issue.

There were three different Villages with the Beijing one receiving a B, the one in Yangqing earning a C (there were major plumbing issues and a bad smell), and Zhangjiakoui getting an A. Although each had the same amenities of a merchandise store, general store, post office, P&G salon, cultural center, flower store and sponsor areas to either hang out or play games, the feel of each was different.

The Beijing Village was a new high rise with a commercial area, the Yangqing Village was nestled into the mountains, and the Zhangjiakoui Village seemed most appealing with larger rooms and beautiful natural light spaces for the athlete gym and recreation areas.

Both medals plazas were aesthetically beautiful and the programming included some pre-ceremony music and entertainment. Unfortunately, the number of attendees was extremely limited thus the excitement was not as great as in other Games.

Compared to the last Olympic Winter Games opening ceremonies, these were much nicer as there were no gaps in the program for features that were recorded and shown on television but not in the stadium (e.g., drones, videos). The digitized flooring and technology provided by Intel was a highlight of the ceremonies and something that will be seen in future events. Unlike the 2008 opening ceremony, which is considered one of the most historic of all Games, the 2022 opening was much less bold and powerful with a softer, friendlier approach, including a smaller yet beautiful caldron. There are many discussions around the symbolism involved but that is a discussion for another time.

The question of how the legacy that the Games will leave a host city is always a crucial one. For the Winter Games, it remains to be seen what will happen.  I was impressed with how venues from the 2008 Games were repositioned and reutilized, but there were some that could have been put to even better use. The Main Press Center in 2008 was staged in a convention center that could easily have been used in 2022. But a new convention center was built for the media instead — adjacent to the one used in 2008.

In addition, the legacy of the new mountain resorts is still to be determined. But with the new high-speed train connecting 21 million residents in Beijing to the mountains within an hour, the prospect looks good. This grade could also go up if the country’s new emphasis on snow and ice participation continues and 300 million Chinese actually participate more than one time. For me, the Big Air venue was a great example of how to regentrify an area into something positive and exciting. Using the silos for a light show was also a great idea.

Considering the challenge of providing a safe COVID-free Games, I give the Beijing Winter Olympic Organizing Committee and the many volunteers who sacrificed two-plus months of their lives to support the Games “extra credit.” It was great to see everyone in the loop open up toward the end of the Games including music being played in Olympic cars and volunteers speaking more English and becoming gold medal pin traders. Their smiles were brighter with an abundance of pride for the success of the Games. 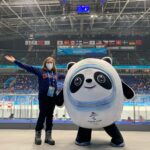 Editor’s Note: George Washington University sports management professor Lisa Delpy Neirotti was on the ground in Beijing for SportsTravel. A veteran of the Olympic Games, the Beijing Games were her 21st consecutive Games in various capacities.