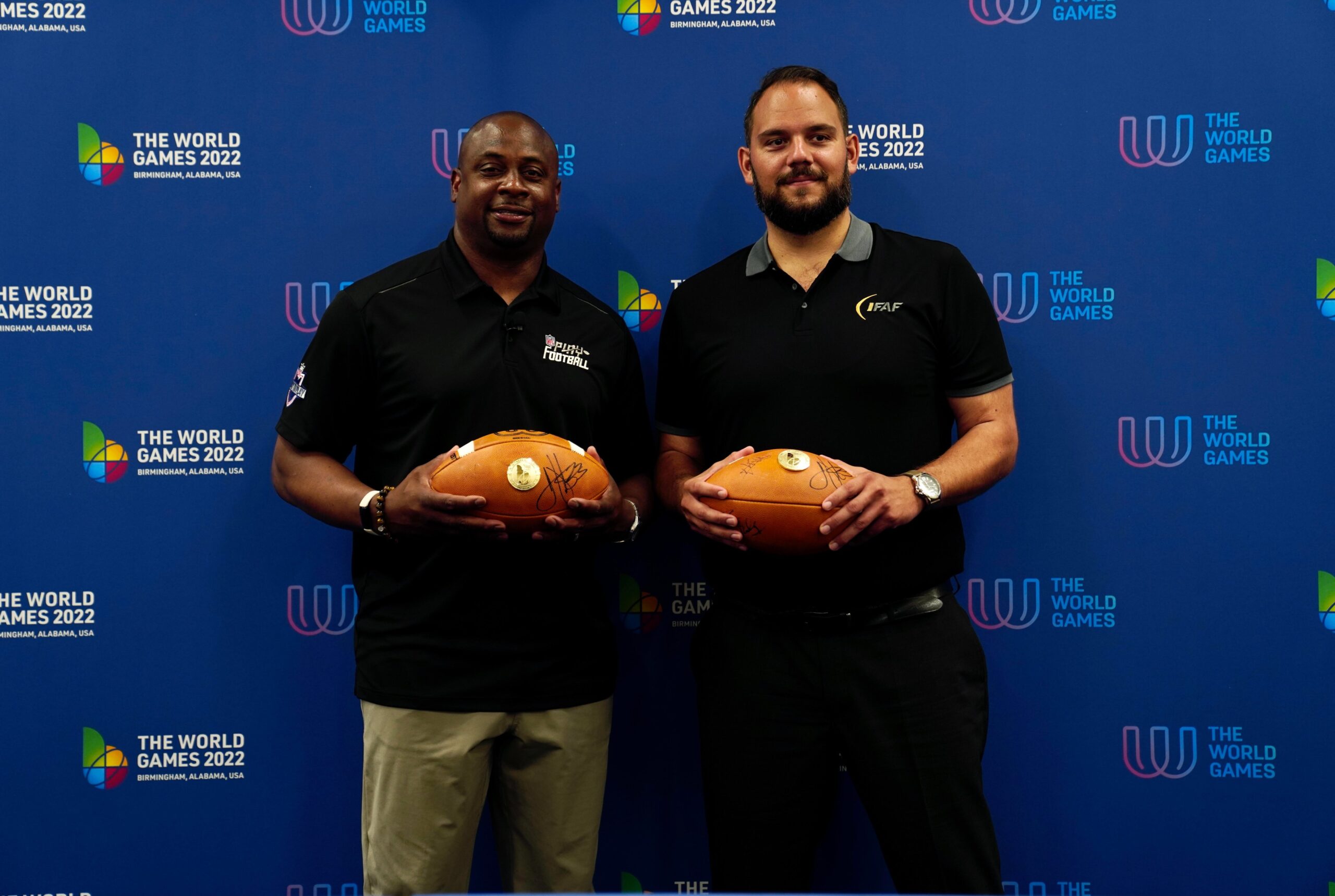 Troy Vincent, left, and Pierre Trochet have been announced as co-chairs of “Vision28” Group to spearhead flag football’s efforts for Olympic inclusion. Photo via The World Games

The newly formed “Vision28” Group has been created to lead flag football’s efforts towards inclusion at the 2028 Olympic Summer Games in Los Angeles, it was announced during The World Games 2022 in Birmingham, Alabama.

Pierre Trochet and Troy Vincent have been named co-chairs of the group. Trochet is president of the International Federation of American Football (IFAF) and Vincent is executive vice president of football operations of the National Football League (NFL).

Flag football is making its first appearance at a major, global multi-sport event in The World Games. The NFL is presenting partner of flag football at the Games, which have seen eight women’s and eight men’s teams representing 10 countries from across three continents compete.

“Flag is one of the world’s fastest-growing sports for a reason. It’s fast, it’s creative, it’s skillful, it’s fun. It’s America’s sport with a Californian spirit. Flag will be a statement pick for LA28, embodying the vision of new-era Games at the nexus of sports and entertainment. We have seen a glimpse of all that potential here at the World Games.”

As co-chairs of the Vision28 group, Trochet and Vincent will spearhead efforts to build on flag’s World Games success with an eye on inclusion at LA28.

“We see flag football as an all-inclusive sport, which makes it a great vehicle to spread the values of American football around the world,” Vincent said. “As co-chair of the Vision28 mission, the NFL is committed to place critical assets such as technological, broadcast, commercial, sports science, youth engagement, fan engagement at the service of the Olympic movement and our shared global goal of football for all.”

The Vision28 group will bring together executives and ambassadors from IFAF, the NFL and the wider American football community, with a mission to showcase everything flag football can offer to LA28 and the long-term Olympic movement.