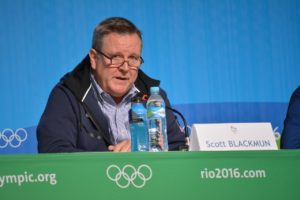 From the beginning, the Larry Nassar scandal at USA Gymnastics contained hard lessons that reached far beyond just one national governing body. And now, with Nassar sentenced to spend the rest of his life behind bars for abusing athletes for years at USAG and at his other former employer, Michigan State University, the implications of his case are changing NGB board rooms, staffing and policies all the way to Colorado Springs.

The changes at Indianapolis-based USAG began before Nassar’s first lengthy sentencing hearing was complete. After the group’s board leadership announced its resignation during the sentencing phase, the U.S. Olympic Committee demanded more. Within a week, the entire 21-member board had resigned, and a temporary board is now in place that includes Karen Golz, a retired Ernst & Young executive, as chair. And before sentencing was complete, the NGB also cut all ties with the Karolyi Ranch training site in Texas where some of the abuse took place—a facility the governing body had recently considered purchasing as its own.

Rough waters. USAG is not the only NGB under scrutiny. USA Swimming, where a sexual abuse crisis first emerged in 2010 under then-CEO Chuck Wielgus, has had new problem uncovered. Following a scathing report in the Orange County Register that alleged the NGB failed to adequately investigate hundreds of alleged cases of abuse, two prominent leaders announced they were leaving the organization. Susan Woessner, the director of the NGB’s Safe Sport program, announced her resignation after admitting that in 2007 she had kissed a coach who, in 2010, came under investigation for sexual abuse—an investigation in which Woessner played a supporting role. Earlier, Pat Hogan, USA Swimming’s managing director for club development, who oversaw many of the coaches under scrutiny, announced his departure as well.

The coverage prompted USA Swimming CEO Tim Hinchey to issue an open letter to members saying that while the NGB disagreed with several of the report’s details, members nonetheless had been failed by leaders in the past. He urged members to be vigilant and report any abuse they are aware of. “Let me be clear: USA Swimming does not tolerate sexual abuse or misconduct, and I assure you that this organization is facing this extremely serious issue with one very clear goal—protecting children and athletes,” Hinchey wrote.

USOC changes. The lingering concerns of athletes, elected officials and others led to the announced resignation of USOC CEO Scott Blackmun in February. The USOC cited health reasons for his departure (Blackmun was diagnosed with prostate cancer immediately before the 2018 Winter Games and did not attend any events in South Korea). But the announcement came in a press release noting the reforms the USOC intends to put in place as a result of the sexual abuse scandals. USOC Board member Susanne Lyons has taken over the temporary CEO role while a permanent successor is sought, a process that could take months.

One of the more significant reforms announced by the USOC—a review of the USOC and NGB governance structure—could ultimately result in a new relationship between the groups. They are separate entities, as stipulated by federal law in the Ted Stevens Olympic and Amateur Sports Act, but that may have hurt more than it helped—for instance when USAG was given full control by the USOC to investigate its own problems.

But how far will the USOC be willing to go when it comes to oversight on this and other issues? And how far will it be allowed to go under the law as currently written? These are questions whose answers will help determine the ultimate impact of the problems brought to the forefront at USA Gymnastics and beyond.