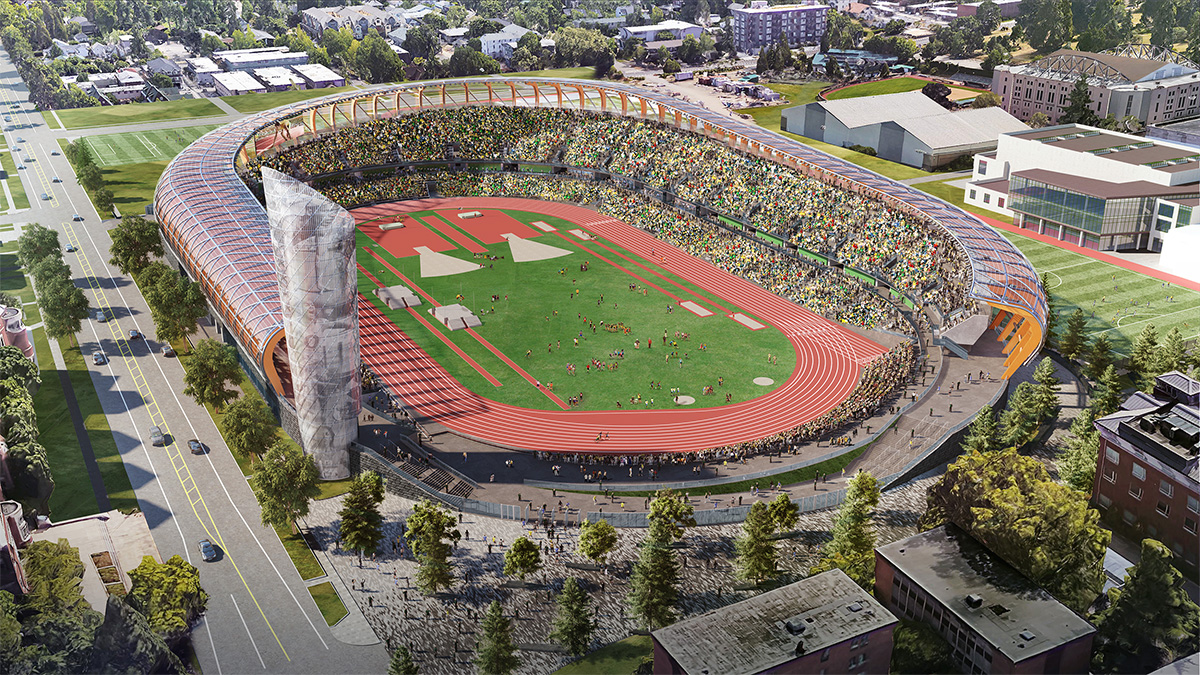 The University of Oregon is nearing completion on a complete rebuilt of historic Hayward Field that was set to host the 2020 Olympic Trials. Rendering: TrackTown USA

Hayward Field, the renovated track and field stadium in Eugene, Oregon, that has been known for decades as the landmark athletics stadium in the United States, will host the 2023 Diamond League final according to Reuters, making it the first venue outside of Europe to host the World Athletics‘ showpiece event.

The $270 million stadium on the campus of the University of Oregon is currently hosting the U.S. Olympic Trials and is also scheduled to host the 2022 World Track & Field Championships, the first time that event will be in the United States as well.

The Prefontaine Classic at Hayward Field has been a regular stop on the Diamond League circuit since 2010. The 2021 event starts August 21, shortly after the Olympic and Paralympic Games.

“We are very pleased to have the final in Eugene, Tracktown USA in the year after the world athletics championships at the iconic and new Hayward Field arena,” Petr Stastny, chief executive officer of the Diamond League, told Reuters.

The Diamond League final is the climax of the 14-meeting global series and has traditionally been held in either Zurich or Brussels, but Stastny told Reuters it will begin rotating among other Diamond League cities. This year’s final will be held in Zurich on September 8–9.