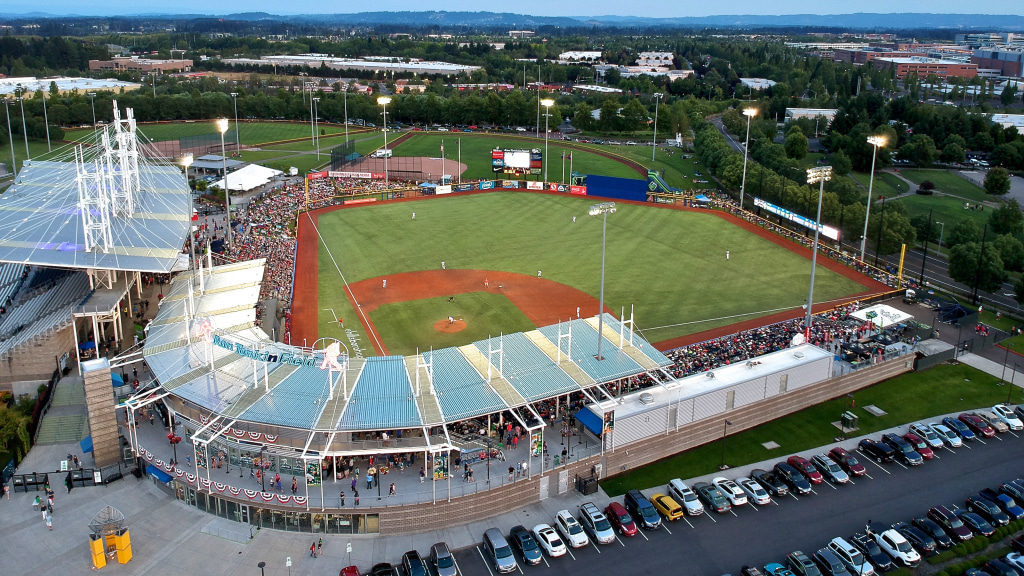 The home of the Hops will have a new look in the future.

Ron Tonkin Field in Hillsboro, Oregon, will undergo a redesign starting later this year for stadium improvements to bring it in line with Major League Baseball’s new standards for High-A Long Season ballparks. The city of Hillsboro has contracted with a design-builder, Mortenson, along with SRG Partnership and Populous.

“We received proposals from four design-build teams from across the country. The Mortenson/SRG/Populous team stood out because of their very personal, right-sized, and community-oriented approach to this project,” said Sean Morrison, senior project manager. “Another important factor was their tried-and-true approach to DEI and support and development programs for COBID subcontractors. We feel this will create real opportunity for those businesses in our community.”

The Mortenson team will work with the Hops organization and the city to modernize, complete and expand home team, visitors’ and coaching/umpire staff facilities and make needed upgrades to the onsite infrastructure to ensure compliance with recently upgraded MLB facility standards.

SRG and Populous are also leading the transformation of nearby Reser Stadium at Oregon State University. The 2014, 2015 and 2019 league champion Hops are the Single-A Advanced affiliate of the Arizona Diamondbacks, having relocated to Hillsboro in 2012 and beginning play in 2013 in the 4,500-capacity ballpark.

“The entire team is delighted to have been selected for this important, high-profile project,” said Dan Mehls, vice president and general manager of Mortenson. “Our experience building community and sports projects is a great source of pride and we are excited to be playing a part in the transformation of the field for Hillsboro Hops right here in our backyard.”