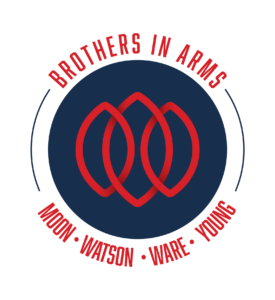 Four quarterbacks who have shined in Houston are launching an inaugural celebrity golf tournament in April. The Brothers In Arms Celebrity Golf Tournament will be staged April 26 at the Carlton Woods Creekside Fazio Course in The Woodlands, Texas, in conjunction with a pro-am that is played during the Insperity Invitational tournament week. The event also coincides with the Harris County-Houston Sports Authority annual awards.

Hall of Famer Warren Moon, Heisman Trophy winner Andre Ware, University of Texas legend Vince Young and Houston Texans quarterback Deshaun Watson will play host to the event that is an offshoot of a charity they formed alongside the foundation of the Harris-County Houston Sports Authority.

The celebrity tournament will raise money for the annual Brothers In Arms scholarships, which are awarded to student-athletes from single-parent homes who, in addition to strong academics, demonstrate leadership, a strong community service record and demonstrate financial need.

“It is an honor to have the Brothers in Arms Celebrity Golf Tournament as part of our Insperity Invitational week of events,” said Jay Mincks, Insperity executive vice president sales and marketing. “Taking part in a scholarship program that encourages a diverse group of student athletes who display leadership qualities directly aligns with our mission to help communities prosper. We are proud to participate alongside Brothers in Arms and the Houston Sports Awards as they work to provide these life-changing opportunities.”

“We are thrilled to take Brothers In Arms to the next level,” said Ware. “Seeing the difference these scholarships have been able to make in these kid’s lives has been incredible, and this tournament will allow us to make an even greater impact.”