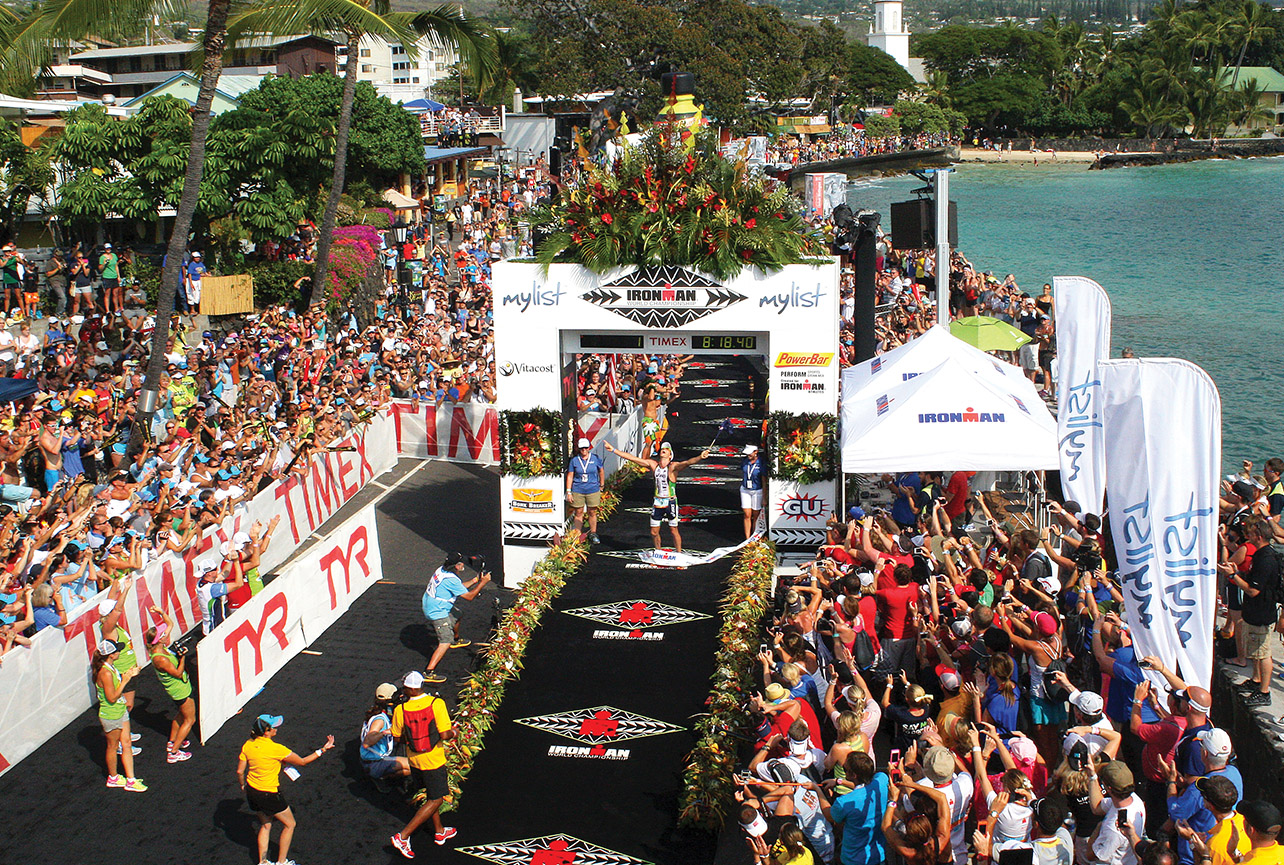 An athlete crosses the finish line at the 2012 Ironman World Championships in Hawai'i. The 2021 event will be moved to Utah and held in the spring of 2022. Photo by Donald Miralle.

Event History: The first Ironman Challenge was held February 18, 1978, on Oahu with 15 men participating. The first woman competed in 1979. In 1981, the race moved to the lava fields of Kona on the Big Island of Hawaii. The event, first held in the spring, has been run in the fall since 1982. Now in its 37th running, the championship will host more than 2,100 athletes on the 140.6-mile course.