One of the key challenges for any organizers of the Olympic and Paralympic Games is transportation. And in South Korea, where the majority of visitors will fly into Seoul, organizers had an immediate challenge in how to whisk them across the entire Korean peninsula, and in a timely fashion.

The answer is the KTX (Korea Train eXpress) high-speed rail, the final stages of which to the coastal city of Gangneung were completed months before the Games. The journey from Incheon to Gangneung is about two and a half hours, underscoring the length of the journey since the train does travel at high speeds as advertised. Another key stop for passengers is in the mountain area where alpine and sliding events will occur, as well as the Opening Ceremony.

One-way trips start at about $32, which compared to the cost of a taxi or rideshare from the airport to, say, a downtown hotel in Seoul, is not a bad deal.

During the Games, the system will be operating 51 trains a day, with an estimated 21,000 daily riders. When the Games are done, the system itself—connecting Seoul to Pyeongchang—has been touted as one of the event’s most significant legacies. 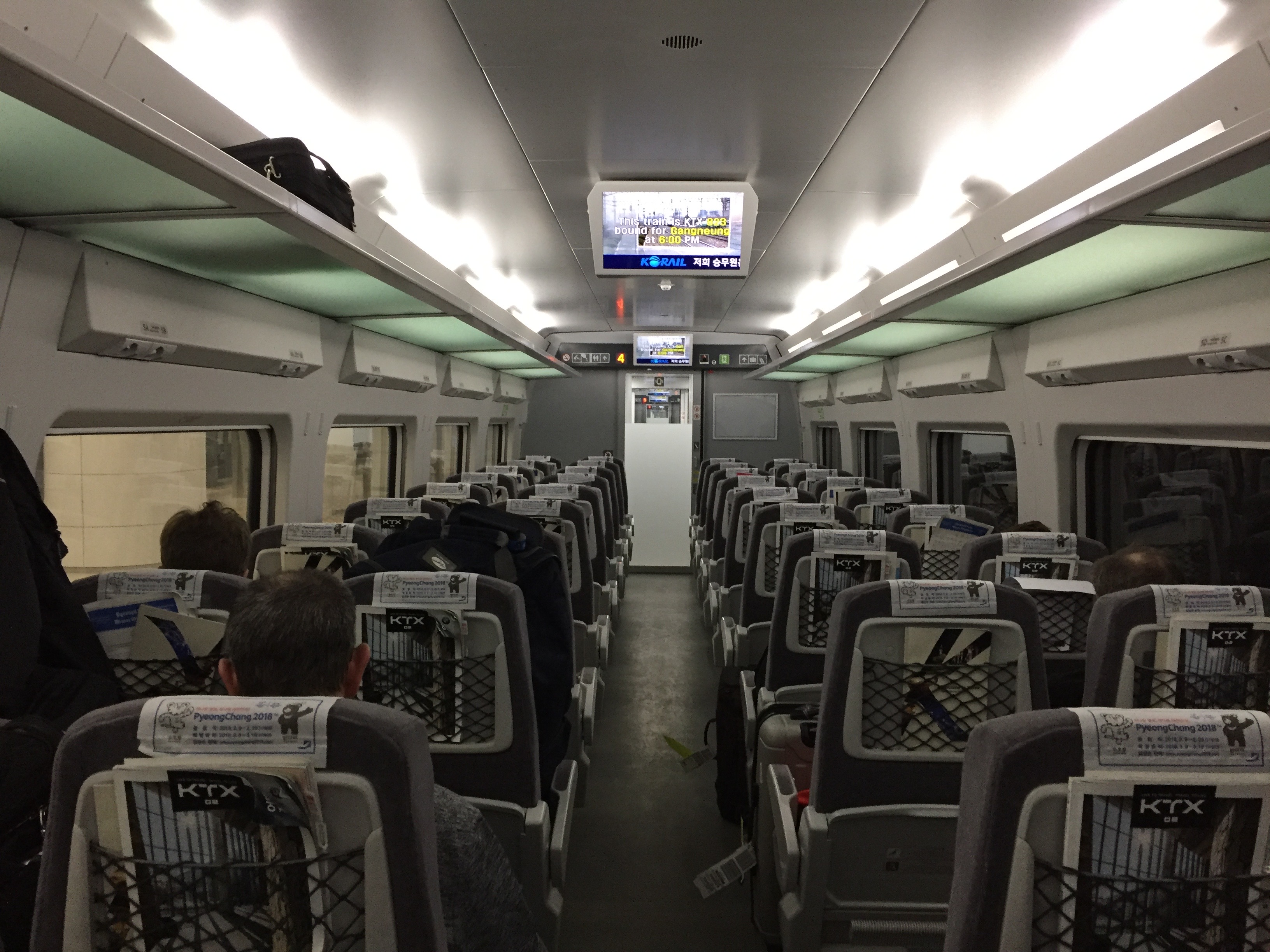