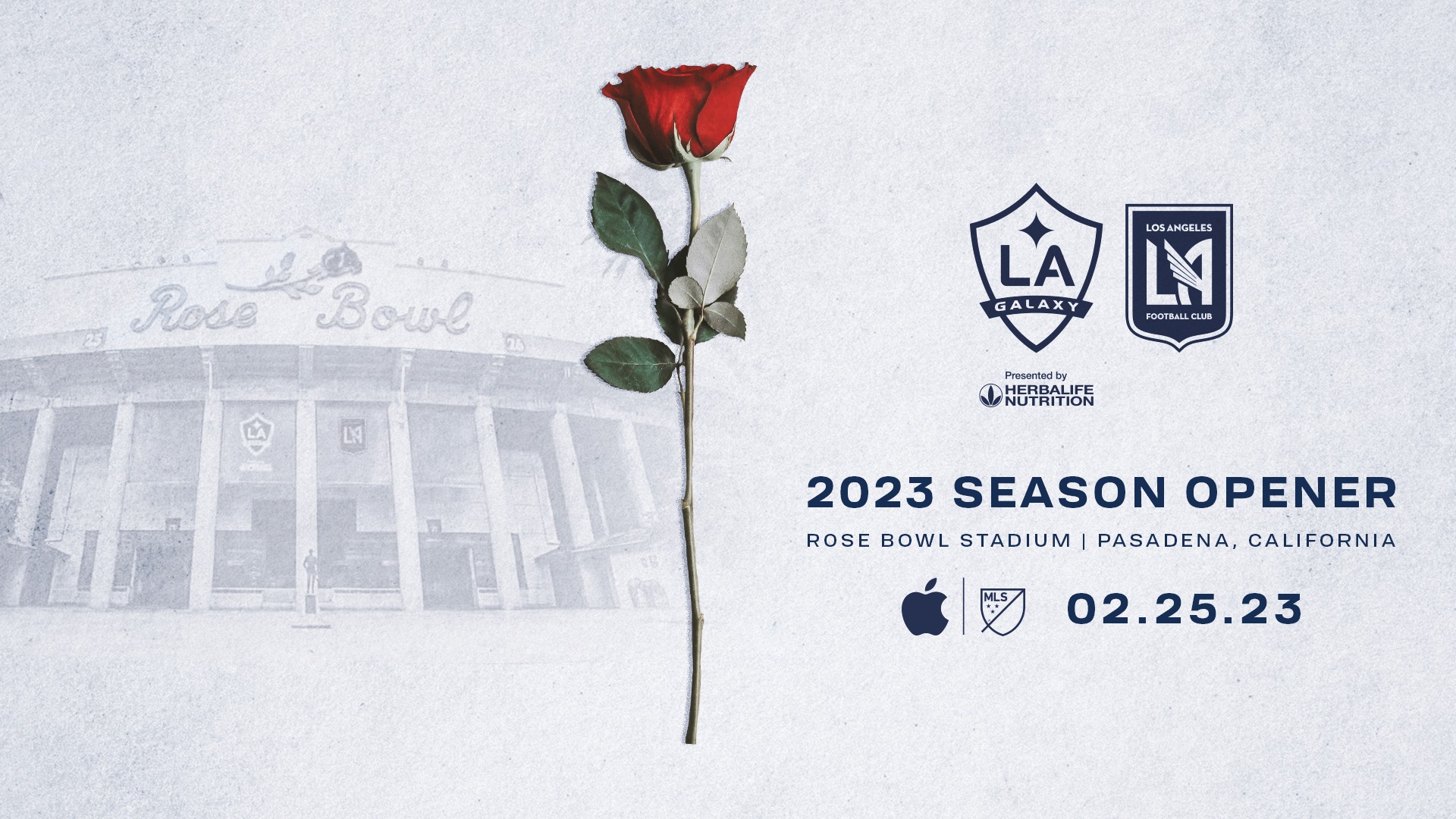 Major League Soccer is returning to the Rose Bowl next year with an event that will resonate throughout Southern California.

The LA Galaxy announced that the club will open their 2023 MLS regular season campaign by playing host to intercity rival LAFC at Rose Bowl Stadium on February 25 in a match presented by Yaamava’ Resort & Casino at San Manuel.

The LA Galaxy played their first-ever match at Rose Bowl Stadium in a 2-0 win over the San Jose Clash on September 29, 1996. In LA’s final competitive match at Rose Bowl Stadium, the Galaxy earned a 4-0 win over the Colorado Rapids in the first leg of the Western Conference Finals on October 5, 2002. In 127 combined regular-season and postseason matches played at the Rose Bowl, the LA Galaxy hold a record of 86-32-9.

“The LA Galaxy are excited to write a new chapter in the storied soccer legacy of Los Angeles as we kick off our 2023 campaign against our intercity rival LAFC at the iconic Rose Bowl Stadium,” said LA Galaxy President Chris Klein. “We have a great history at the most legendary sports venue in the United States and know this will be a great spectacle for fans as we place one of the most exciting new rivalries in the world on LA’s biggest stage.”

The match also represents the start of a multiyear partnership between MLS and Apple, so fans around the world who are unable to attend in person will be able to watch it on the Apple TV app. The 2023 MLS regular-season opener between the LA Galaxy and LAFC marks the 17th meeting between the two sides across all competitions, with the Galaxy leading the series 7-4-5.

“This rivalry has, from day one, delivered an energy and electricity that together with incredible moments and memories on the pitch, has established it among the most engaging not only in Los Angeles but across MLS,” LAFC Co-President and Chief Business Officer Larry Freedman said. “It is only fitting that we are now taking it to one of the most iconic venues in all of sports.”

“We’ve been thinking about this for a while. And even thinking about it in conjunction with LAFC,” Klein added. “This game has taken on such a special meaning to the city, to our fans and to, really, soccer in this country.”