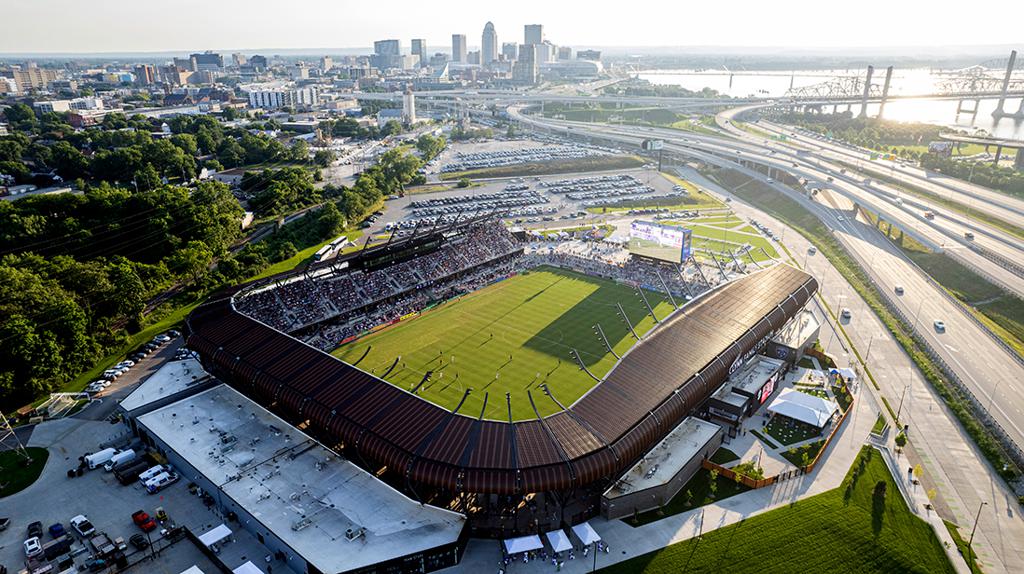 Louisville, Kentucky, will host the inaugural USL Summer Showcase, a multi-day celebration of soccer and the United Soccer League highlighting its role in shaping the game’s future throughout the country.

Soccer executives from around the United States will convene in Louisville for the event, which includes the USL annual mid-year meetings, community events and partner activations, and culminates in a nationally televised match between Louisville City FC and Phoenix Rising FC on July 20 at 7 p.m. ET on ESPN2. Representatives from the USL’s ecosystem of more than 200 professional and pre-professional clubs across the country will attend the meetings and watch the match.

“The Summer Showcase will shine a spotlight on everything the USL is doing to drive the game forward in America,” USL Chief Commercial Officer Court Jeske said. “The passion of LouCity’s fans and the world-class facilities at Lynn Family Stadium make Louisville a natural and exciting host city for the inaugural event. Likewise, Phoenix Rising’s consistent success on and off the field helped us determine the ideal matchup for this year’s Showcase. We expect this to be the most-watched interconference match of the USL Championship regular season.”

“We’re excited for the opportunity to host the inaugural USL Summer Showcase,” said Greg Fante, Louisville Sports Commission vice president of sports development. “Louisville is well-known for successfully hosting large prestigious sports events. Being able to add the USL Summer Showcase to this growing list of events is a direct result of Louisville Soccer Holding’s investment in our men’s and women’s soccer community.”

“We are honored and excited to be part of the inaugural USL Championship Summer Showcase,” said Phoenix Rising FC Governor Berke Bakay. “This will be our first match against Louisville since the 2018 USL Championship Final, so we are eager for the challenge. I couldn’t imagine a better matchup for the first showcase. I expect the game will live up to the world class facilities in which it will be played and the national broadcast attention it will receive from ESPN2.”

Louisville City FC opened its permanent home in 2020, the 15,304-capacity Lynn Family Stadium. It played host to the 2021 NWSL Championship Game in November and this summer the venue will host the second edition of The Women’s Cup, a six-team tournament featuring Racing Louisville FC and select international clubs. In December 2023, the NCAA Men’s College Cup will come to Louisville.

“We’re honored to be selected for the inaugural showcase, and likewise we’re excited to bring yet another major soccer event to Louisville,” said LouCity’s Chairman and Chief Executive Officer John Neace. “This is a fantastic opportunity for our city to show itself off to the league and representatives of USL clubs from all over the country. We look forward to seeing visitors partake in local business and in turn hope the community helps us pack Lynn Family Stadium for a marquee nationally-televised game.”