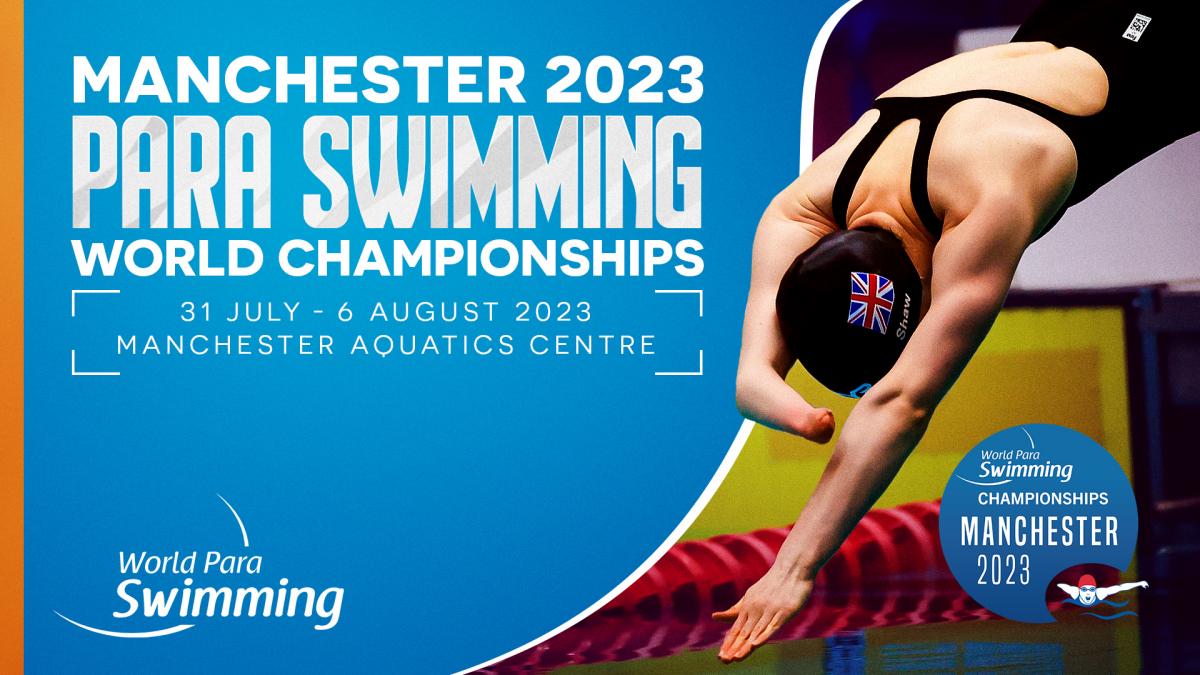 Home of the British Para Swimming National Performance Centre, the event is being hosted in partnership with UK Sport and Manchester City Council and will be the first time the city has hosted the competition. Manchester 2023 will be the third time the World Championships have taken place in Great Britain following London in 2019 and Glasgow in 2015.  Purpose built for the 2002 Commonwealth Games, the Manchester Aquatics Centre was opened in 2000 by Queen Elizabeth II.

“I’m incredibly excited that the 2023 Para Swimming World Championships are coming to Manchester,” said British para swimmer and Tokyo 2020 Paralympic silver medalist Grace Harvey. “It’s my home pool, so it’ll just be great to have some really fast competition right before the 2024 Paralympics in Paris the following year. Having the competition in Manchester is really special. A lot of the British Para swimming athletes are based in Manchester, so it’ll be a great home advantage – and I know we actually love competing here whenever we get the chance to do that.”

This event follows the rescheduled Madeira 2022 Worlds set for June. The 10th edition was moved from 2021 to 2022 to avoid clashing with the Tokyo 2020 Olympic and Paralympic Games, which were delayed a year by COVID.

“I’m delighted that the United Kingdom once again can host the Championships and we look forward to welcoming everyone to Manchester,” said Jack Buckner, chief executive officer of British Swimming. “London 2019 was fantastic and I know that everybody involved will work tirelessly to ensure we deliver a spectacular event for athletes and fans alike.”