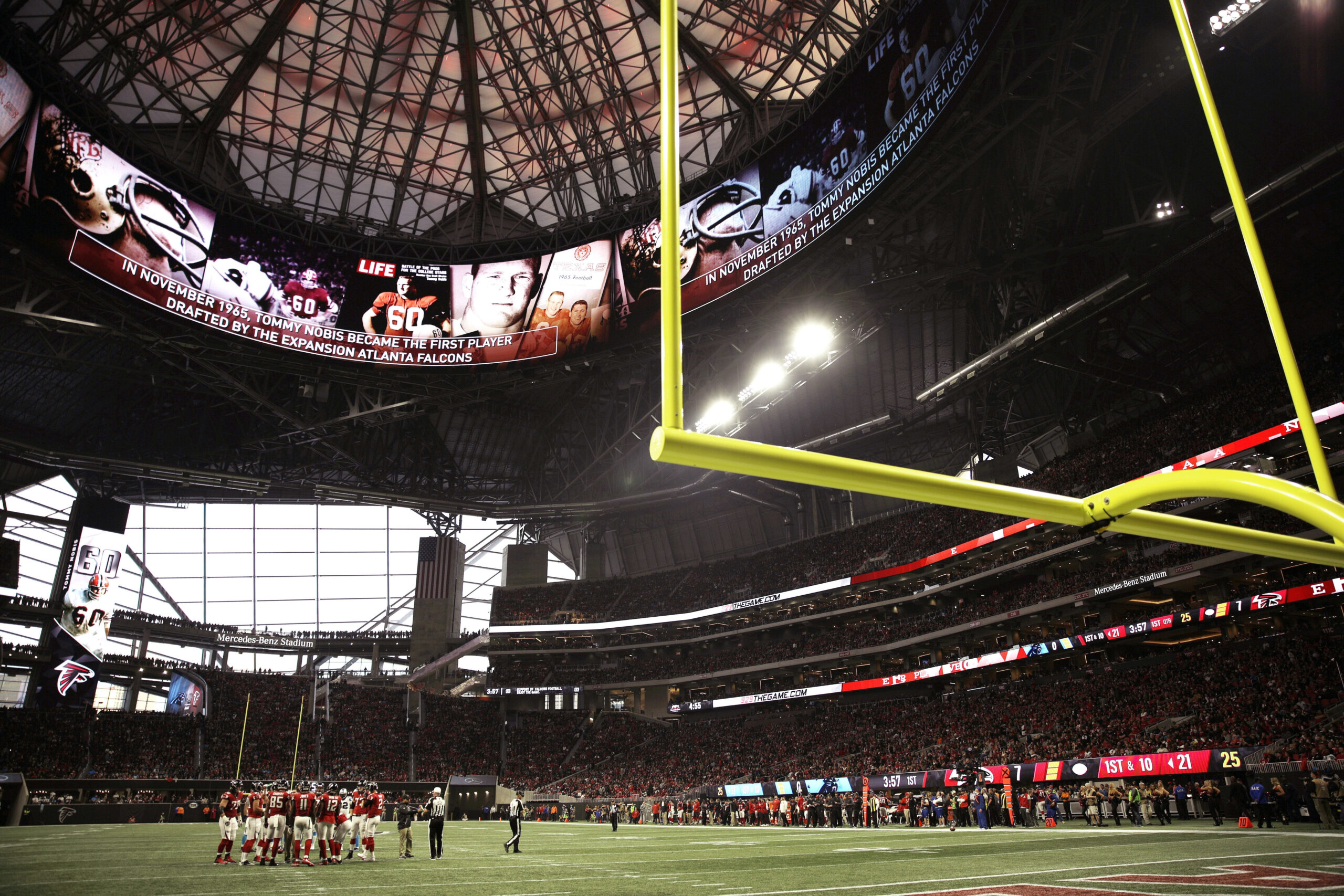 The NFL has announced that Mercedes-Benz Stadium in Atlanta would host a potential AFC Championship Game between the Buffalo Bills and Kansas City Chiefs on Sunday, January 29.

NFL clubs approved a resolution last week to address the situation after the cancellation of the Week 17 Buffalo–Cincinnati game after Bills safety Damar Hamlin collapsed on the field and went into cardiac arrest. The result was the Bills (13-3), who held the AFC’s No. 1 seed heading into week 17, playing one less game than the Chiefs, who finished with a 14-3 record.

The only scenario in which the game would be played in Atlanta is if the Bills and Chiefs both advance to that stage. All other potential AFC Championship Game matchups would take place at the home stadium of the higher seed.

As part of standard NFL contingency planning, Atlanta — host of Super Bowl LIII in 2019 — was designated a possible backup host site for postseason games prior to the start of the 2022 season. The logical location, Indianapolis’ Lucas Oil Stadium, declined to host the game as the venue is hosting a large volleyball tournament that weekend. Detroit also was ruled out after announcing it will be changing out the turf at Ford Field.

“We are heartened by the continued improvement and progress of Damar Hamlin in his recovery and Damar and his family remain top of mind for the entire NFL community,” said NFL Commissioner Roger Goodell. “We are also grateful to Arthur Blank and the Atlanta Falcons for agreeing to host the AFC Championship Game in Atlanta should the Bills and Chiefs advance. We thank both of those clubs for their assistance in the planning process. We know, if necessary, Mercedes-Benz Stadium will provide a world class atmosphere for the competing teams, our fans and partners.”

Additional details, including ticket information, will be announced at a later date. Buffalo and Kansas City season ticket members who previously committed to purchasing championship game tickets will have first priority.