Merchandise is a big part of the Olympic Games, especially once the official logo and mascot are revealed. That’s no different in Rio de Janeiro, where two “megastores” have been erected to sell official merchandise—one in the Olympic Park, and the other on the beach in Copacabana. But if you’re looking to bring something home, some of the items don’t come cheap. A small stuffed animal version of Vinicius (the Olympic mascot who is a mixture of all the Brazilian animals and was “born out of the explosion of joy that happened” when Rio was awarded the Games, named for Brazilian musician Vinicius de Moraes) or Tom (the Paralympic mascot who is a leaf-haired meld of all plants in the Brazilian forest, named for singer Tom Jobim) are running about $40 in the stores. T-shirts with various versions of the Rio 2016 logo are generally going for about $30. But there are other specialty items as well. A backpack will put you back about $55, a Lego set with the mascots is about $35, as is a tiny version of the Olympic torch that’s not much larger than your finger. And if you want a soccer ball with the Games logo, prepare to pay about $100. If you want something cheaper, there aren’t too many options, other than pins that have the Rio 2016 logo and a few other trinkets.

But none of that has stopped people from coming in. Lines have been steady since the start of the Games, with people waiting outside sometimes as long as 20 minutes to get in the store in Olympic Park. And with Jamaica’s Usain Bolt seen walking around the track with a giant Vinicius after his victory in the 100-meter dash, interest may only grow in days to come. 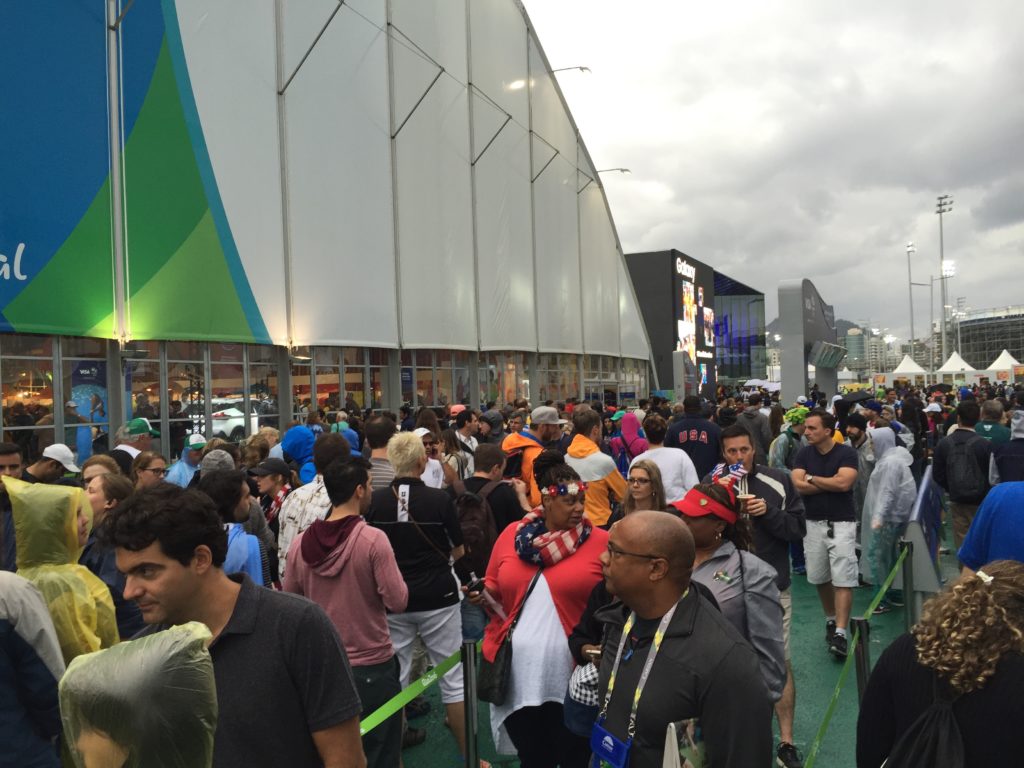 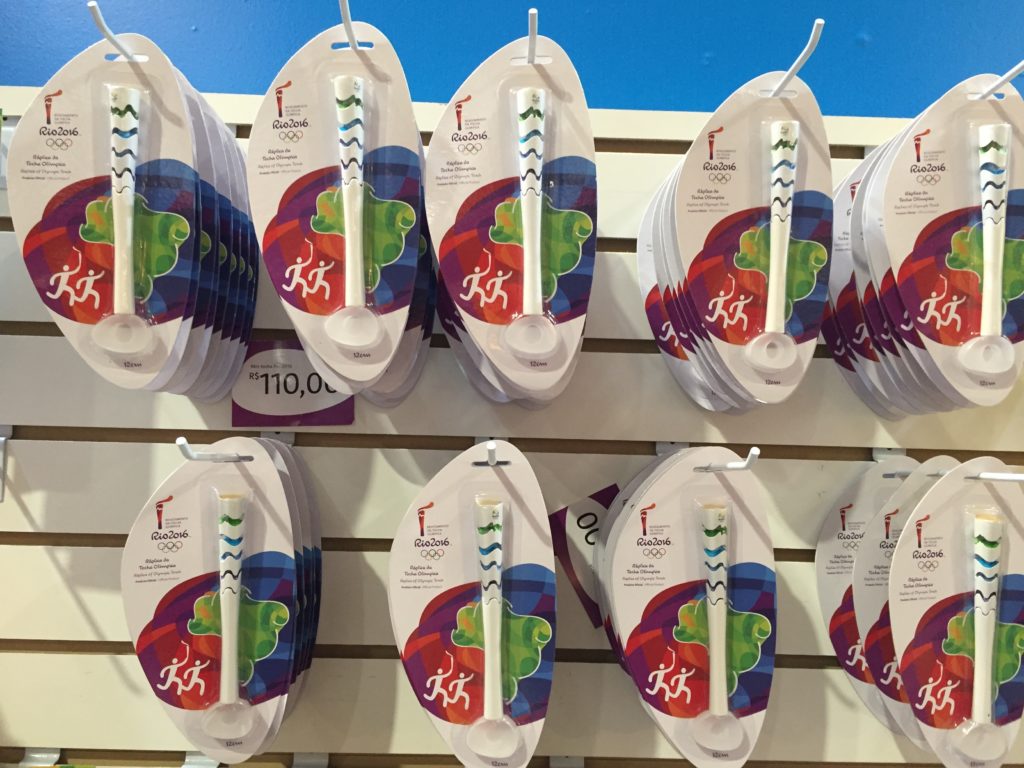 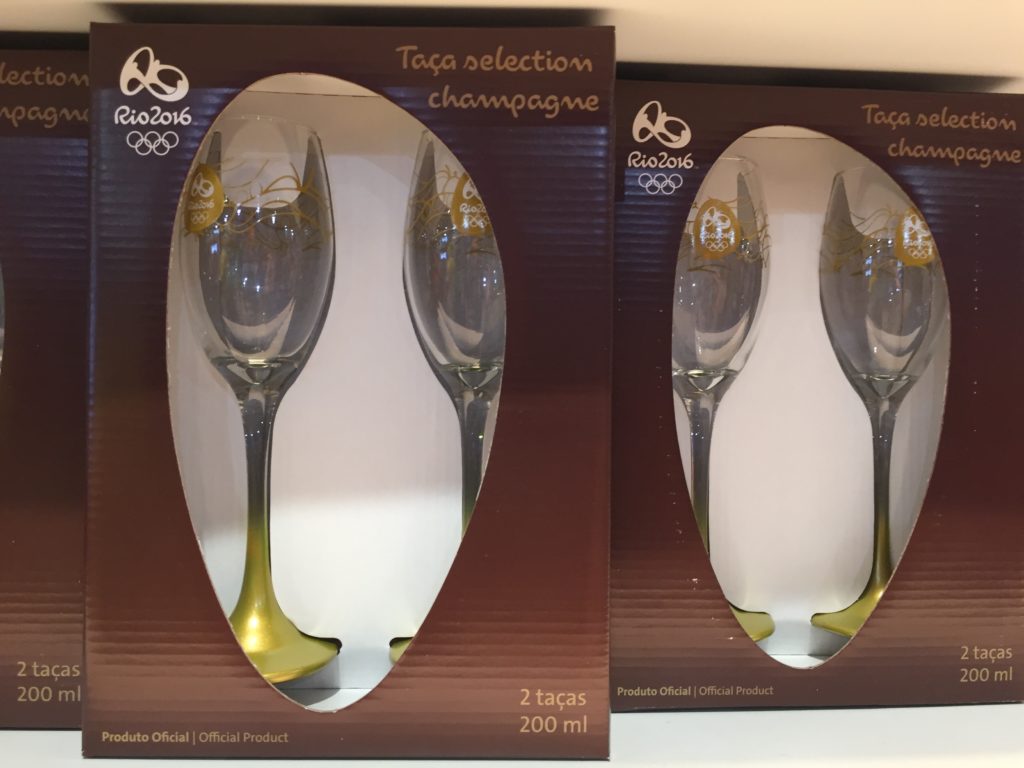 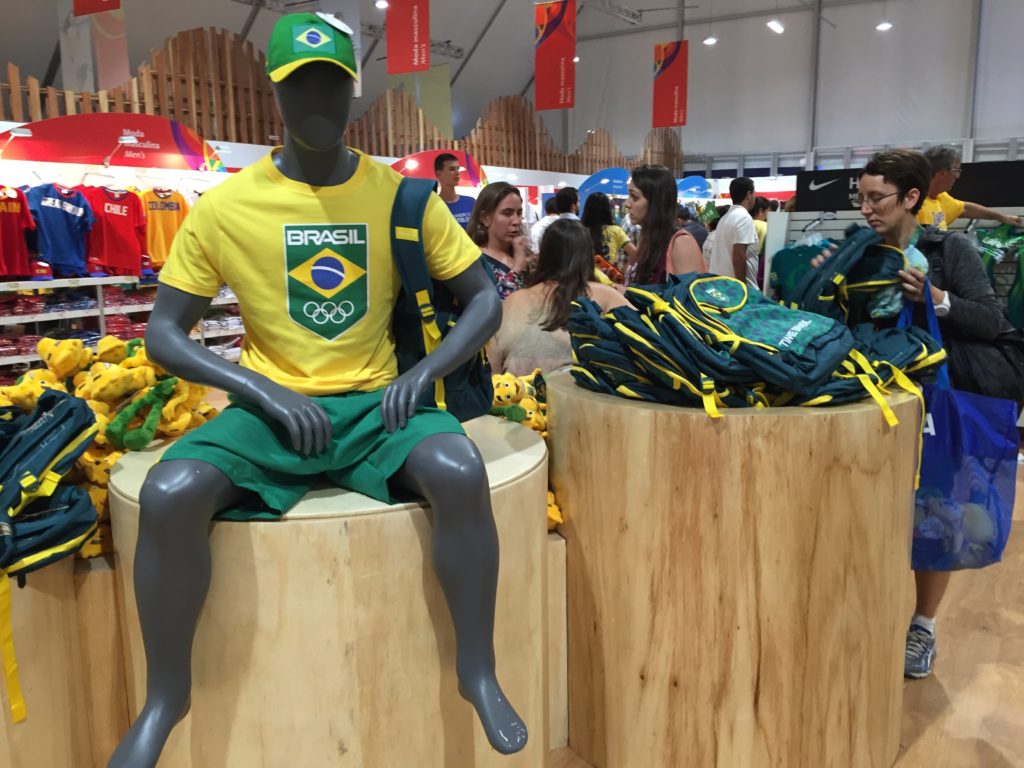 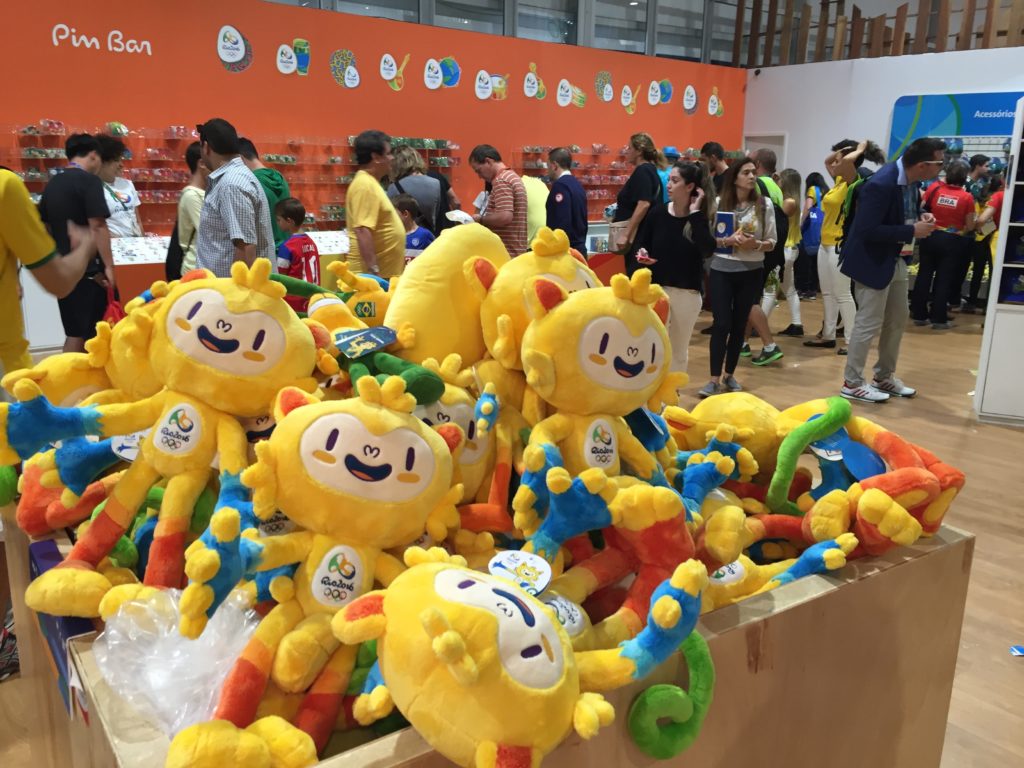 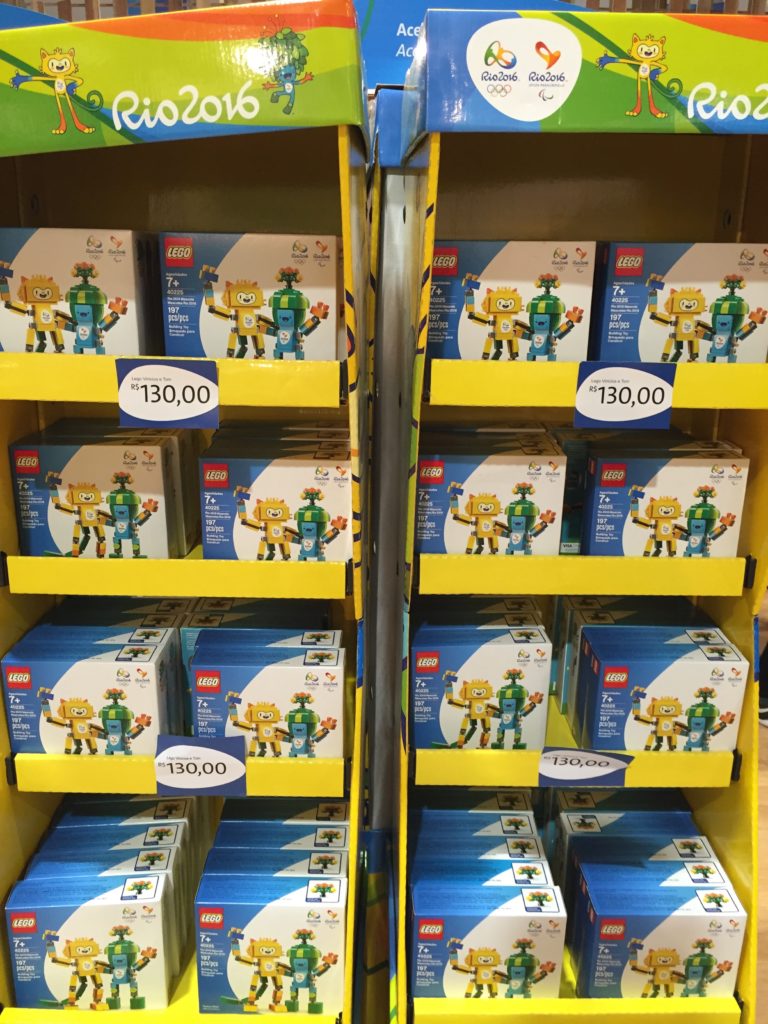 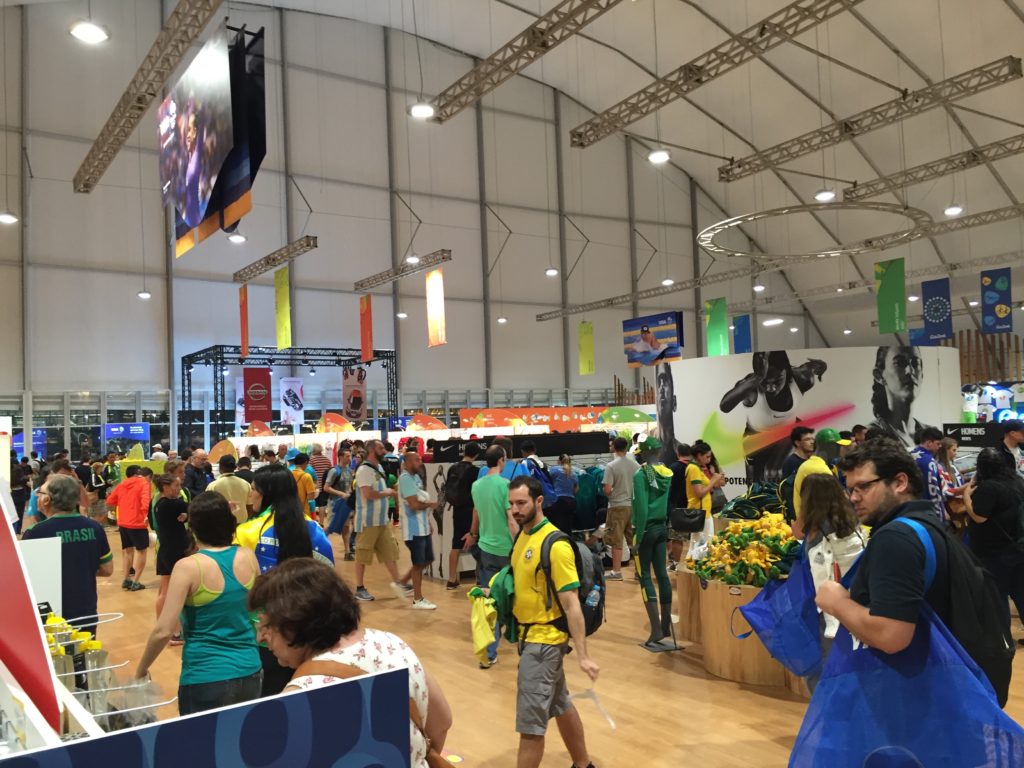