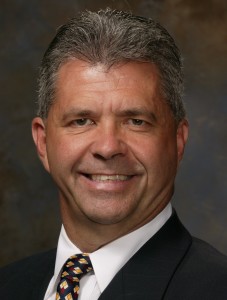 Mike Millay, one of the original executives of the ESPN Wide World of Sports complex, has left the Walt Disney Company to launch his own sports consulting company, Clancy’s Sports Properties, LLC. The new Orlando-based company will specialize in strategic planning, facility development, sports-event programming and partnerships, as well as the development of event properties that drive economic value to communities.

Millay started with Disney in 1994 and was a leader in the execution of the business strategy behind Disney’s Wide World of Sports complex, including facility design, client negotiations, event programming and event management framework. He was also responsible for overseeing sponsorship and marketing efforts during part of his tenure.

“Disney provided me an opportunity to work on a great team to launch the Disney sports line of business for the company, helping to redefine the amateur sports space,” Millay said. “The volume and variety of projects positioned me well for this next venture. It has been a privilege to help lead initiatives that have not only driven significant incremental revenue and profit, but also playing a role in augmenting both the Disney and ESPN brands. It has been incredibly satisfying to watch other cities around the country study the company’s formula in an effort to stimulate economic impact in their own communities.”

During his 19 years with Disney, Millay led the business development side of the complex and focused on future facility growth, new events and partnership activations. He was involved in the relocation of the Atlanta Braves spring training home from West Palm Beach and the transition of the Amateur Athletic Union headquarters from Indianapolis, and helped facilitate the USSSA’s headquarters relocation from Virginia to Osceola County. Millay also oversaw the company’s runDisney initiative for 15 year of the early years of the program, building Disney’s reputation in the running space by adding the half marathon components to the series and taking the race business west with the launch of the Disneyland Half Marathon.

Prior to joining Disney, Millay helped create that Greater New Orleans Sports Foundation and the National Association of Sports Commissions. He is active with several local and national sports organization boards of directors such as the Central Florida Sports Commission, the DeVos Sports Business Management Program and the National Council of Youth Sports. He also serves on the SportsTravel Editorial Advisory Board.