Major League Soccer and Liga MX have launched an annual competition between the top two professional soccer leagues in North America with the support and sanctioning of Concacaf. The first version of the new Leagues Cup tournament will be staged at designated MLS venues in July. It will feature four clubs from each league in a single-elimination format that will begin July 23 and conclude September 18 at a venue to be determined by the outcome of the preliminary rounds.

While the event will be limited to eight teams this year, the leagues announced they would consider an expansion of the format for 2020 and beyond. The clubs participating in the 2019 event will be:

“We are excited to take our partnership with Liga MX to the next level with Leagues Cup,” said MLS Commissioner Don Garber.  “We have an intense rivalry between our national teams, and Leagues Cup provides a terrific opportunity to increase the growing rivalry between MLS and Liga MX clubs.”

“The rivalry between Liga MX and MLS clubs as well as the sporting level of both competitions grows constantly,” said Enrique Bonilla, Liga MX executive president. “We are aware that there are a great number of fans around the region who follow the leagues and we believe that Leagues Cup will allow us to bring Liga MX and that great fanbase closer together, while fortifying our sport in the region, which is already the most important in the continent in regards to infrastructure, media impact and the quality of the competition. This great event will mark a new start in this relationship moving forward, with a long-term vision.”

The schedule of events for the 2019 Leagues Cup will be: 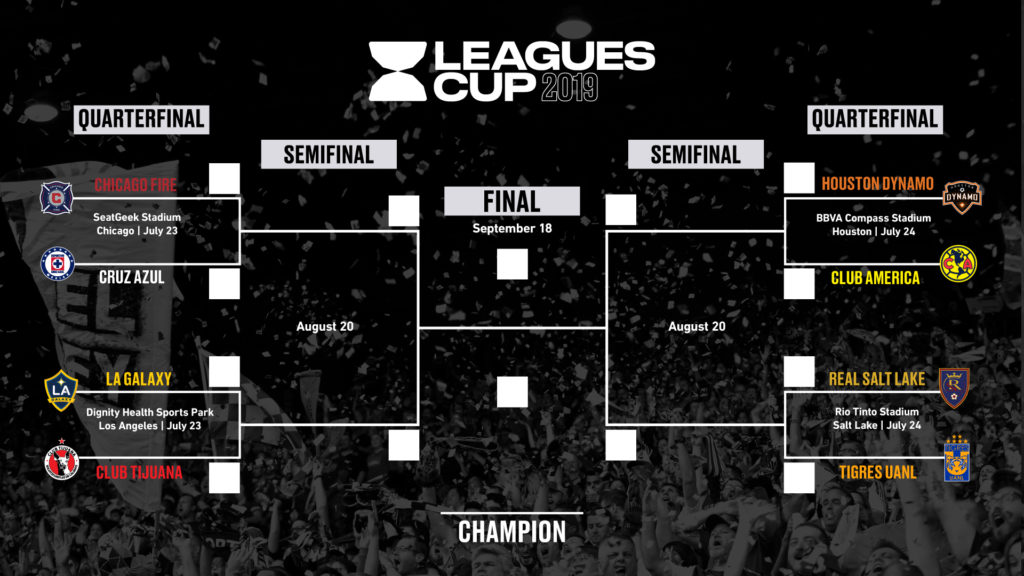