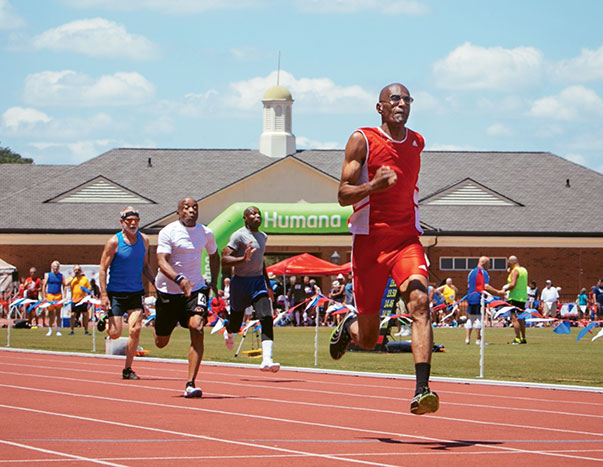 The 2021 National Senior Games presented by Humana will be rescheduled to May 2022 out of what organizers described as “an abundance of cation” from disruptions caused by the pandemic.

The event, which had been scheduled for November 5–18 in Fort Lauderdale, Florida, will now be staged May 10–23, 2022. The decision was made after ongoing conversations with officials in Broward County.

“We are the largest qualified multisport championship competition in the world, so deciding to make changes with such a massive event was difficult,” NSGA CEO Marc Riker said. “However, in consultations with our host region and with our association members and athletes, it became clear that having several more months of economic recovery and time for the pandemic to subside made postponement the obvious decision for all.”

As a result of the postponement, the National Senior Games Association board expanded the qualification rules for athletes to allow their state competitions in 2021 also count towards qualifying for the rescheduled event. Qualifying typically takes place in even-numbered years before the games, which are staged every other year.

“We remain excited and ready to safely host the National Senior Games in Greater Fort Lauderdale and all around Broward County,” said Mike Sophia, vice president of sports for the Greater Fort Lauderdale Convention & Visitors Bureau. “Our 23 miles of golden beaches, a wide variety of hotels and great restaurants, along with some great sports venues are awaiting the arrival of the athletes in 2022.”

In 2019, nearly 14,000 athletes competed in 20 sports at the last National Senior Games in Albuquerque, New Mexico. Riker said talks are underway and progress is being made to reconfirm venues and dates for the rescheduled event in Fort Lauderdale.

“By moving the dates back, COVID fears should be greatly reduced and more athletes will be comfortable with travel and participation,” said NSGA Board Chair Jack Shinnock. “Postponement also gives our host area more time to recover and return to normal life, and the market will be much more receptive and capable of supporting a major event. This will result in high quality games hosted by a welcoming community.”