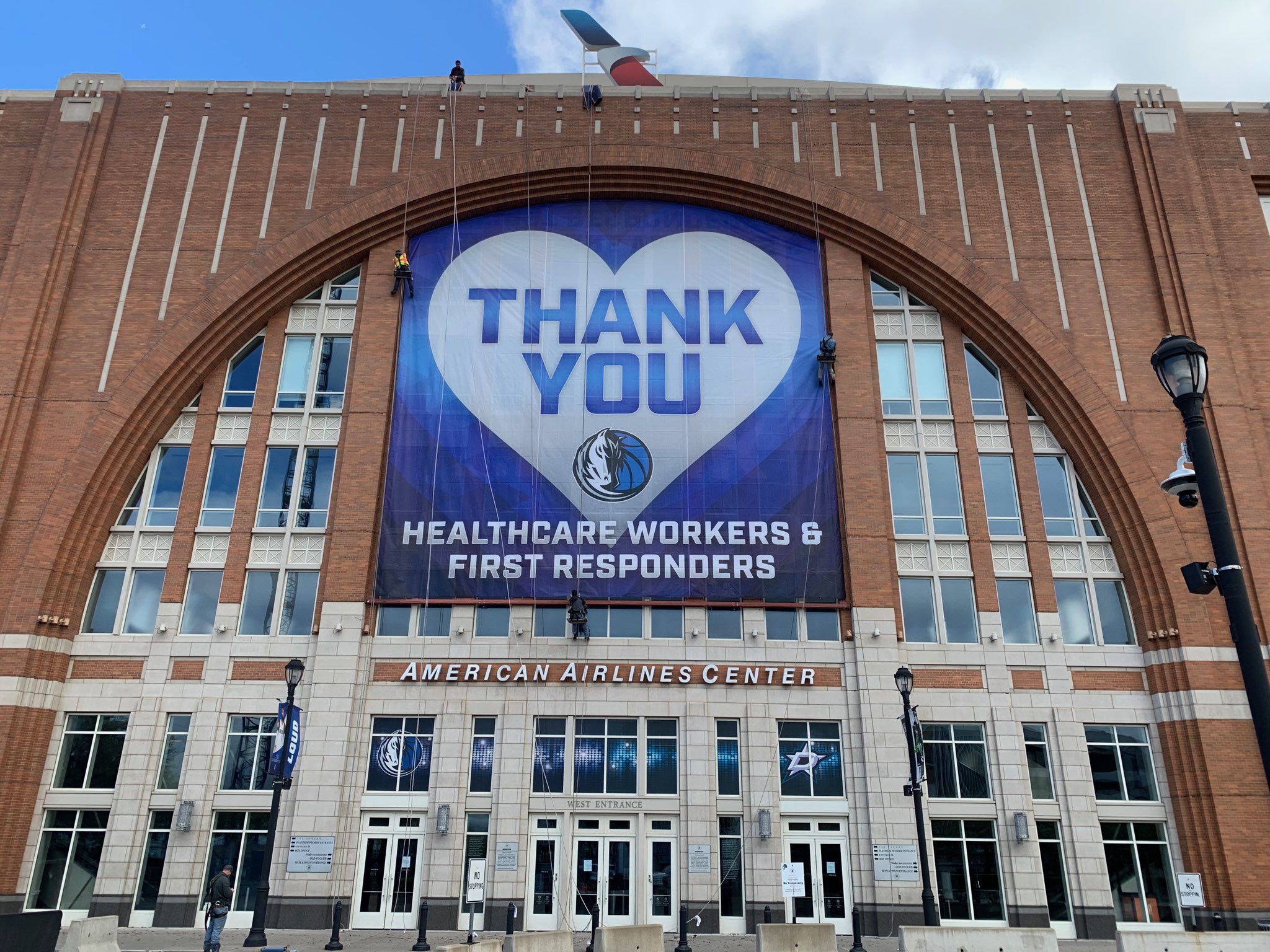 One of the enduring images during the shutdown of sports activities because of the coronavirus pandemic is the reaction of Dallas Mavericks owner Mark Cuban, sitting at his team’s game on March 11 and having a team employee show him the news that NBA Commissioner Adam Silver had suspended play.

The NBA’s suspension of play was the first by a pro sports league because of the coronavirus but it was shortly followed by nearly every other league not only in the country but throughout the world. That night is still ingrained in the mind of Mavericks CEO Cynthia Marshall.

“Mark and I had some conversations earlier in the day,” she recalled at the second virtual Sports Business Journal/CAA World Congress. “We knew something was going on in the country (and) Adam Silver was terrific in pulling together people.”

Somewhat lost is that had Silver not suspended play, the Golden State Warriors were due to play host to the Brooklyn Nets at the Chase Center with no fans allowed because of a local stay at home order that had already been announced.

“To even conceive of playing without fans was a lot to get your mind around,” said Bob Myers, Warriors president of basketball operations and general manager. “We had spoken to the team and told them. It was very quiet in the room, very kind of somber and just a shock for most of us to even consider that. I still find it hard to fathom. That may be the future of our league for a little while or even in other leagues.”

Myers joined Marshall in praising Silver’s leadership and said there have been constant communications between the league executives, teams and the players union. Myers said the message has been that until the league knows they can play games safely and without the risk of infection, then games will not be held.

“First you prioritize health, then you look at basketball,” Myers said.

Marshall said the Mavericks had a business continuity plan in general for any natural disruption to normal business that included how to mobilize employees plus issues such as physical and mental health, telecommuting ability and more. The franchise is paying all employees and set up a system where they can be reimbursed if they order delivery or takeout from a local coffee shop or restaurant.

“We’re trying to not only do the right thing but provoke others into doing the right thing,” Marshall said. “We are in a horrific situation right now and it’s hard to think about how we will come out of this, but we will. We always do.”

Outreach has also been a point of emphasis for teams. The Mavericks make sure each player hears from a member of the organization every day and have set up virtual opportunities for players to read to children to help out teachers. They also do what is called Mavs Motivational Mondays—Coach Rick Carlisle and his daughter sang in a video recently—and players have done public service announcements about social distancing with the mayor of Dallas.

And Myers, when talking about when sports will return, used a basketball analogy.

• With plenty of reports swirling about Major League Baseball’s plan to have its teams play the season in a central location, among the many questions beyond the basic logistics is how would a schedule look? Chris Marinak, Major League Baseball executive vice president for strategy, technology and innovation said that the league has software that handles its scheduling and “we feel pretty good that we can quickly put something together once we get the green light to do so. The software is ready to go. We just have to plug it in and the computer will do its work.” Regardless of when fans are finally allowed to attend games, Marinak added “I think we’re all excited for the day that players are on the field and fans are out there cheering. The idea that we can help play a part in something much bigger than ourselves is exciting.”

• Joe Leccese, chairman emeritus and co-chair at Proskauer Rose LLP, said that most leagues have conservative rules about teams having large levels of debt to service to safeguard against any instances such as a pandemic. “Each of the major leagues have excellent leadership,” he said. “This situation is a reminder of why U.S. leagues are organized the way they are—they have strong governance models.”