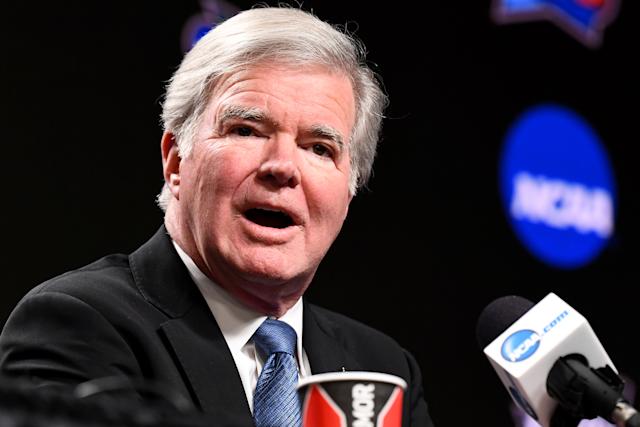 Mark Emmert will step down as president of the NCAA until a successor is in place or by June 30, 2023. The decision was a mutual agreement between Emmert and the NCAA Board of Governors, according to an announcement, and ends a tenure that saw dramatic shifts in the collegiate landscape including issues around name, image and likeness and a growing gap between some of the top athletic programs in the country and schools outside the so-called Power 5 conferences.

Emmert was the fifth leader in the organization’s history.

“Throughout my tenure I’ve emphasized the need to focus on the experience and priorities of student-athletes,” said Emmert. “I am extremely proud of the work of the association over the last 12 years and especially pleased with the hard work and dedication of the national office staff here in Indianapolis.”

“With the significant transitions underway within college sports, the timing of this decision provides the Association with consistent leadership during the coming months plus the opportunity to consider what will be the future role of the president,” said Board of Governors Chair John J. DeGioia. “It also allows for the selection and recruitment of the next president without disruption.”