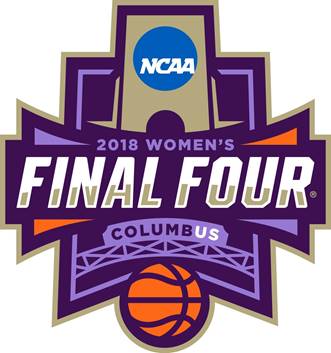 “Columbus has had success hosting NCAA championship events over the years and we anticipate the teams, fans and the local community to have a great experience at the 2018 Women’s Final Four,” said Anucha Browne, NCAA vice-president of women’s basketball championships. “We look forward to working with Ohio State, the Greater Columbus Sports Commission and Nationwide Arena in creating a memorable experience for all.”

The new logo was inspired by the diversity of Columbus linked together as a community by the iconic arches across the streets of the Short North Arts District.

“Today’s unveiling marks the official countdown to the 2018 Women’s Final Four,” said Linda Logan, executive director of the Greater Columbus Sports Commission. “We are thrilled to partner with the NCAA and Ohio State University on this event and will work in the coming months to create community programming that lasts far beyond the final three games. Our goal is to take an already magnificent event and do our part to elevate it in such a way that inspires our community and leaves a legacy that extends far beyond the championship.”