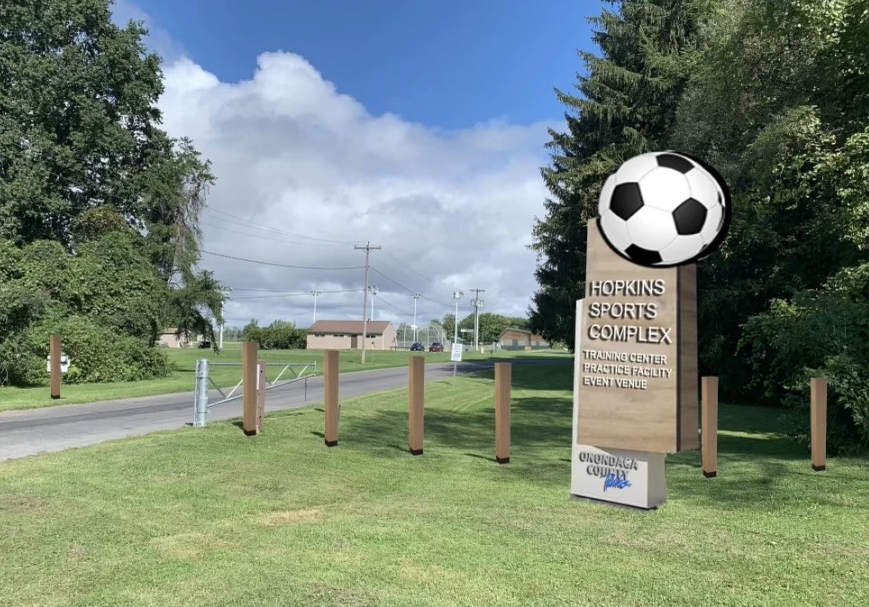 A multi-sport athletic complex that would cost approximately $25 million is being planned for the Syracuse, New York region with most of the costs being covered by money given to Onondaga County as part of the American Rescue Plan.

Onondaga County Executive Ryan McMahon this week announced plans for the venue in the town of Salina which would replace a softball complex currently at the site. McMahon is proposing that the new complex have 10 fields for soccer and lacrosse, one with seating for 1,500 and all fields would have synthetic turf and lights.

“Sports tourism is a huge marketplace, and we’re in the center of the state,” McMahon told reporters. “We’re within a three- and four-hour drive of every major metropolitan market in the Northeast, including Toronto, Ottawa and Montreal. So this is a huge opportunity.”

The Hopkins Road Park currently has five softball fields and one baseball field and would be relocated somewhere else in the county. If the Onondaga County Legislature approves McMahon’s proposal, construction would begin in 2022.

“We’ll pay for this project in cash, essentially using American Rescue Plan funds that replaced our lost revenue, so there will be no debt service on this,” McMahon said at a press conference.