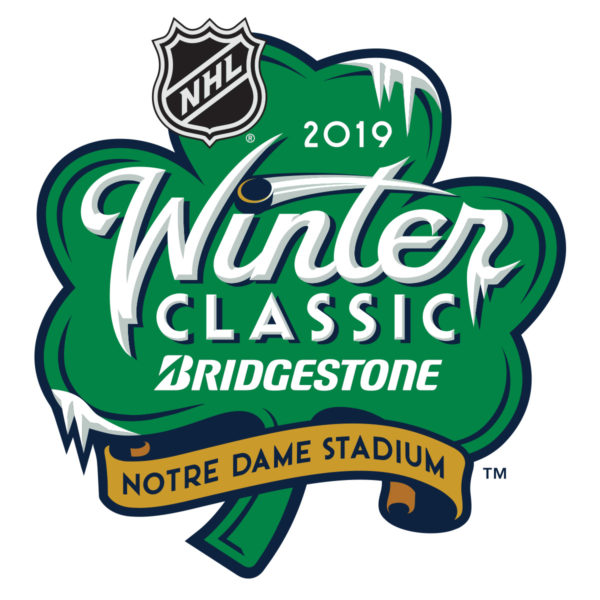 The Chicago Blackhawks and Boston Bruins will face off in the 2019 Bridgestone NHL Winter Classic on January 1 at Notre Dame Stadium. The game will pit teams from “two cities with rich Irish traditions and heritage, at the home of the Fighting Irish,” said NHL Deputy Commissioner Bill Daly. “It was a perfect fit.”

And that perfect fit means as many as 80,000 hockey fans will gather in South Bend during a time when tourists generally book flights for big cities or tropical beaches.

Rob DeCleene, executive director of Visit South Bend–Mishawaka, recognizes the city’s good fortune. “That’s the beautiful thing about this game: On top of everything else—the game itself, the national exposure, having the Blackhawks and Bruins in town—we’re also a New Year’s destination, perhaps for the only time in our lifetimes,” he said with a laugh.

The timing of the game is part of what makes it so special. “It’s a holiday celebrated by the whole world,” Daly said of New Year’s, and the success of the Winter Classic has “helped to make it a real ‘hockey holiday.’”

The weather might be brisk—last year South Bend’s January 1 high temperature was 11 degrees—but that shouldn’t scare off the faithful. “We’re a classic winter city,” DeCleene said. “We get a lot of snow, so we get out and we enjoy it, anything from cross-country skiing to tubing to hockey.”

Especially hockey, you could say. Youth teams crowd local rinks, and Notre Dame’s collegiate team enjoys strong support from both the university and the community at large. In fact, Notre Dame fans will recognize one of the players on the ice: Bruins rookie Anders Bjork was a 2017 All-American for the Fighting Irish.

Most locals, though, will likely be rooting against him. South Bend residents tend to support the Blackhawks, whose home is just 100 miles away.

Does that mean South Bend is home ice for Chicago? “I think it’ll be a pro-Blackhawks crowd,” DeCleene said. “But there’s that interesting Irish Catholic connection to Boston. When the football team plays B.C. (Boston College), there’s a strong B.C. contingent here. So I’m sure you’ll get plenty of Bruins fans.”

Daly agrees. “Given South Bend’s proximity to Chicago, we view this as a home game for the Blackhawks,” he said. But he also predicted “strong representation in the crowd both from Bruins fans and from NHL fans from across North America.”

Those fans will have plenty of places to stay, since South Bend is a small city that handles huge crowds without breaking a sweat. “We do this as well as anybody,” DeCleene said. “It’s part of the culture here. We’ve got 5,000 hotel rooms, and a very successful homestay and apartment-stay initiative, so we can accommodate very well.”

South Bend will even enjoy a bonus hockey game on the ice installed by the NHL: On January 5 Notre Dame will play the University of Michigan at Notre Dame Stadium.

This year will mark the eleventh Winter Classic and the first to match the Blackhawks and Bruins. Chicago has played in three previous Winter Classics and lost all of them (to Detroit, Washington and St. Louis). Boston has played two, winning against Philadelphia and losing to Montreal.

You can bet both teams will be looking to improve their records.

“Players absolutely love the opportunity to play in these games,” Daly said. “It’s a unique hockey environment—bigger venues, more spectators and outdoor weather conditions. It takes many of our players back to their hockey roots, where they learned to skate and play on backyard rinks, ponds and lakes.”

Ticket prices start at $85 and range up to $480. The game will be broadcast on NBC, Sportsnet and TVA Sports. Bridgestone is signed on as title sponsor of the Winter Classic through 2021.