You’ve seen cheerleaders at sporting events before. You’ve likely even seen drum majors call out the songs for marching bands to play. But you’ve likely never experienced anything quite like the group of 200 or so cheerleaders that North Korea has brought to the Olympic Winter Games and who are making their presence known at various events around Pyeongchang.

The “army of beauties” as the South Koreans refer to them are accompanied by a dozen or so official-looking men with binders that appear to be a playbook of sorts. One cheerleader in the front takes the call from the leader and instructs the group, who then launch into rounds of chanting and swaying the likes of which are essentially unparalleled at a sports event. Imagine if the marching band were the cheerleaders and you sort of get the sense of what’s happening. 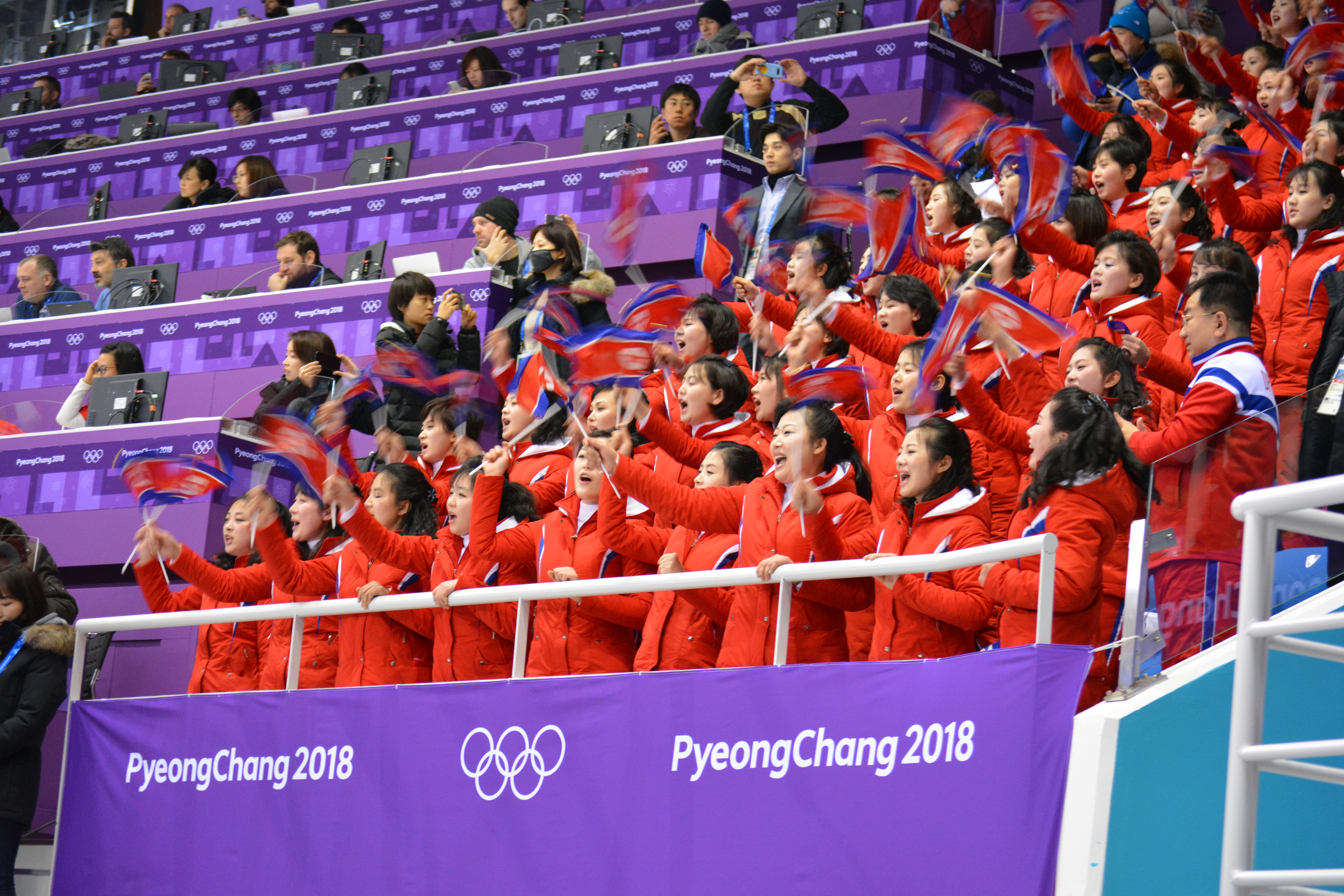 At the Opening Ceremony, the group was divided into two sections, simply mesmerizing the crowd around them. Crowds formed in the aisles around them just to get photos or video of the action, or to take it in. And at short-track speedskating the other night, even the group’s walk-in appeared choreographed, with the group entering the Gangneung Ice Arena in four different waves, two-by-two formation, to get to their section in the corner of the venue. (Half the squad was also attending the Korean women’s hockey game at the same time, sitting in different areas of the venue for surround-sound effect.) 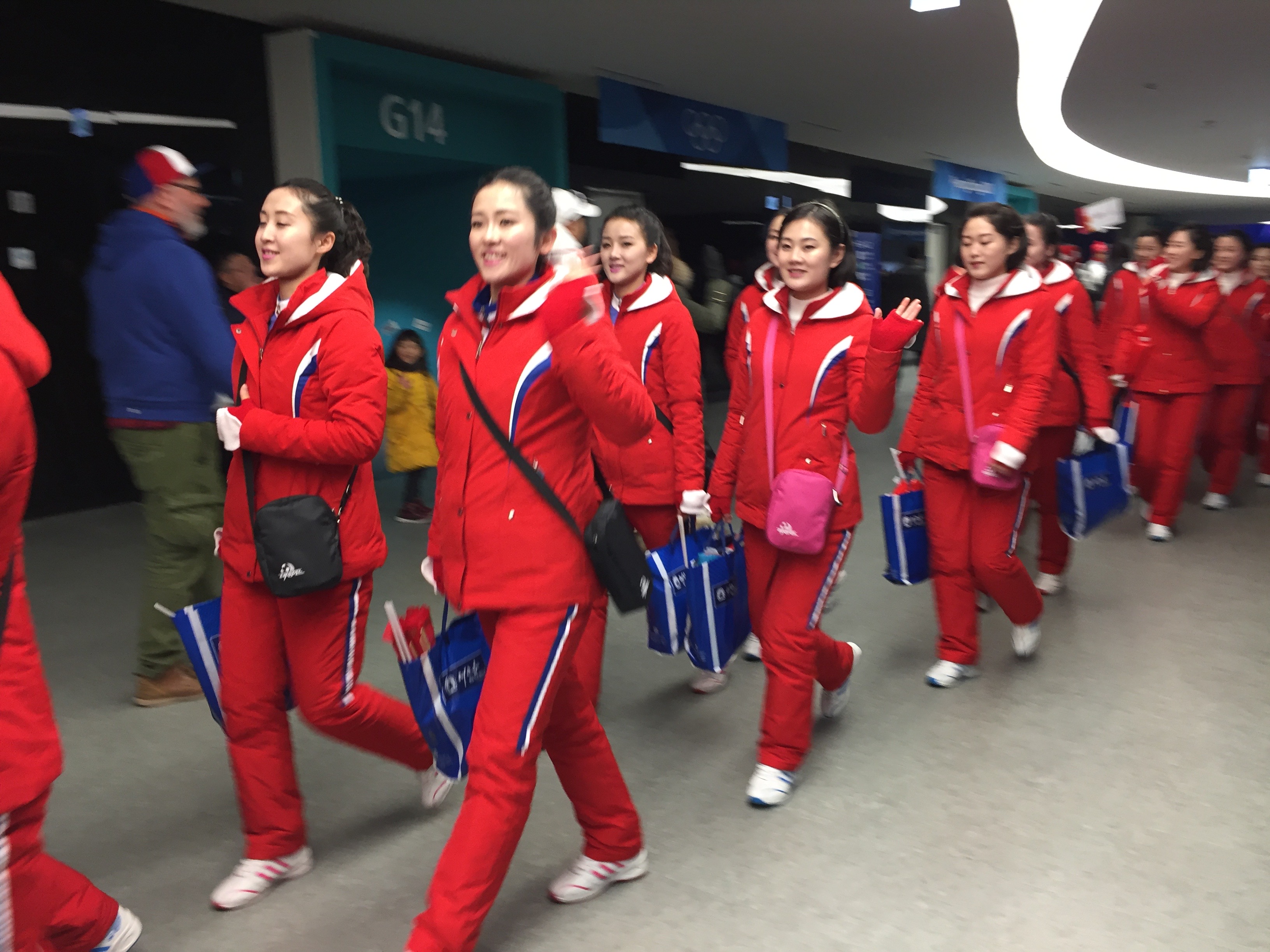 At one point at the speedskating venue, the group started the wave. We’ve all been to sporting events where one ambitious person will attempt to rally the crowd into a wave, usually failing on the first dozen or so attempts if he or she even gets lucky to get one started. But the North Koreans got a wave started in about 10 seconds. Instead of standing up and raising their hands in the air, the group formed a wave—swaying as a group in a circle and singing as they went. The message became clear to the rest of the arena within seconds before a healthy wave was launched. I’ve never seen anything like it and likely never will again.

Here is a short video that gives a sense of what’s going on. 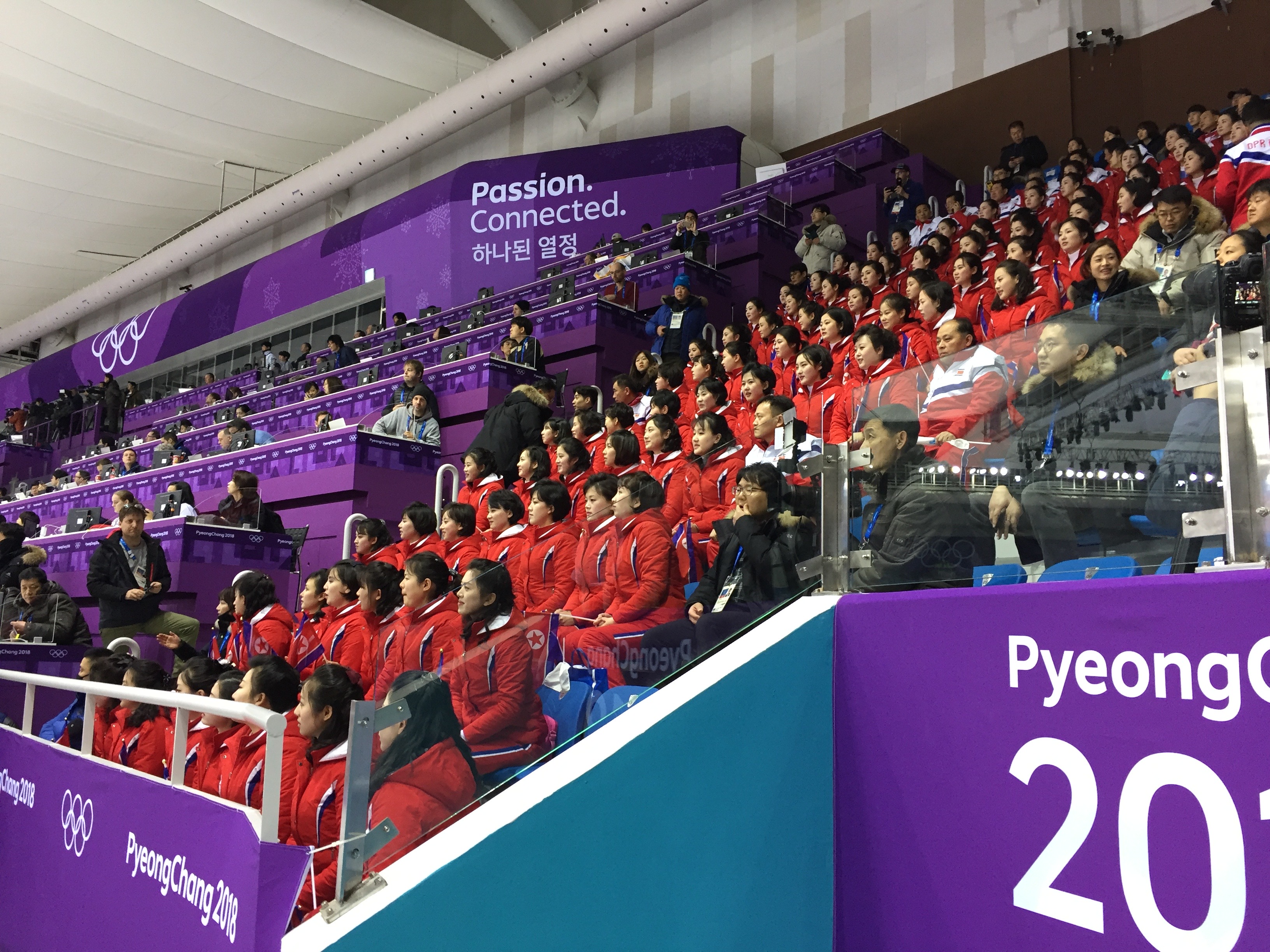