Home > Olympic Sports > First U.S. Gold Medalist is a Look into the Future

The Olympic stage is so big that is has the power to turn a virtual unknown into an overnight sensation, and one that can quickly attract the corporate sports world in the form of sponsorships and endorsements. But the press conference held by the first U.S. athlete to win a gold medal at the 2018 Olympic Winter Games also revealed the challenges the Olympic movement has from other events when it comes to appealing to the next generation.

Red Gerard, a 17-year-old from Colorado, was the surprising winner in the men’s snowboard slopestyle competition. With the victory over the Canadian favorites Max Parrot (silver) and Mark McMorris (bronze), Gerard became the youngest U.S. snowboarder ever to win a gold medal and the youngest male U.S. athlete to a win gold in any winter sport since 1928.

Gerard traveled with a contingent of 17 family members to the Games, including his father, who Gerard said had to tell him how big a deal the Olympics is since Gerard saw it as “just another snowboard event.”

There is something telling in his honest answer that the International Olympic Committee instinctively knows, but will likely need to do more to address. Case in point: Gerard will be competing again in Pyeongchang in big air snowboard, an event designed to appeal to a younger audience.

As for those endorsements, once he graduates high school at least, Gerard will likely be getting some calls. And despite his age, perhaps he might hear from the beverage category. Asked whether his family was excited about attending the slopestyle competition, Gerard said: “I got a Snapchat at 8:30 (a.m.) and they were all shotgunning beers on the way there, so I’d say they’ve been having a good time, yes.” 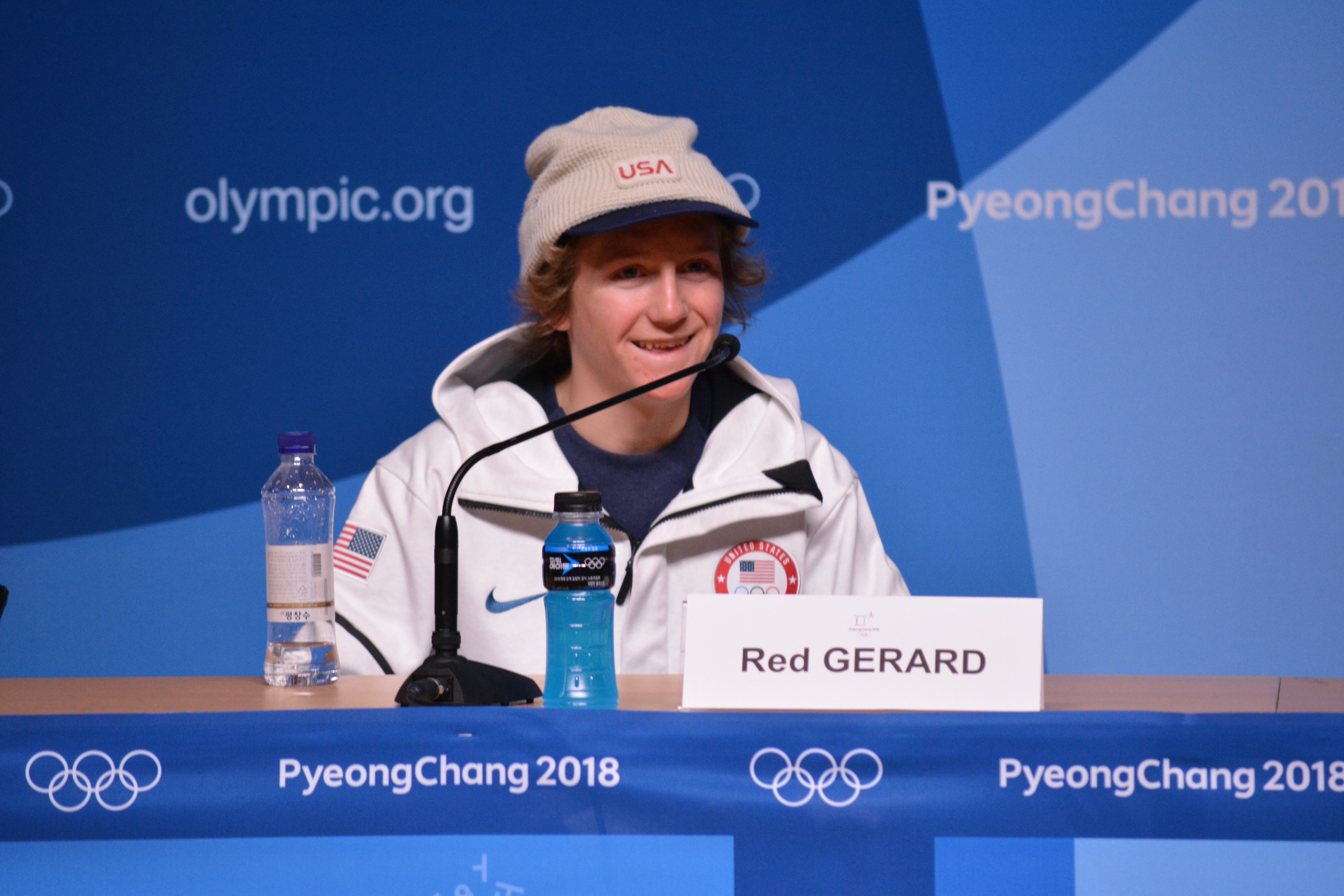