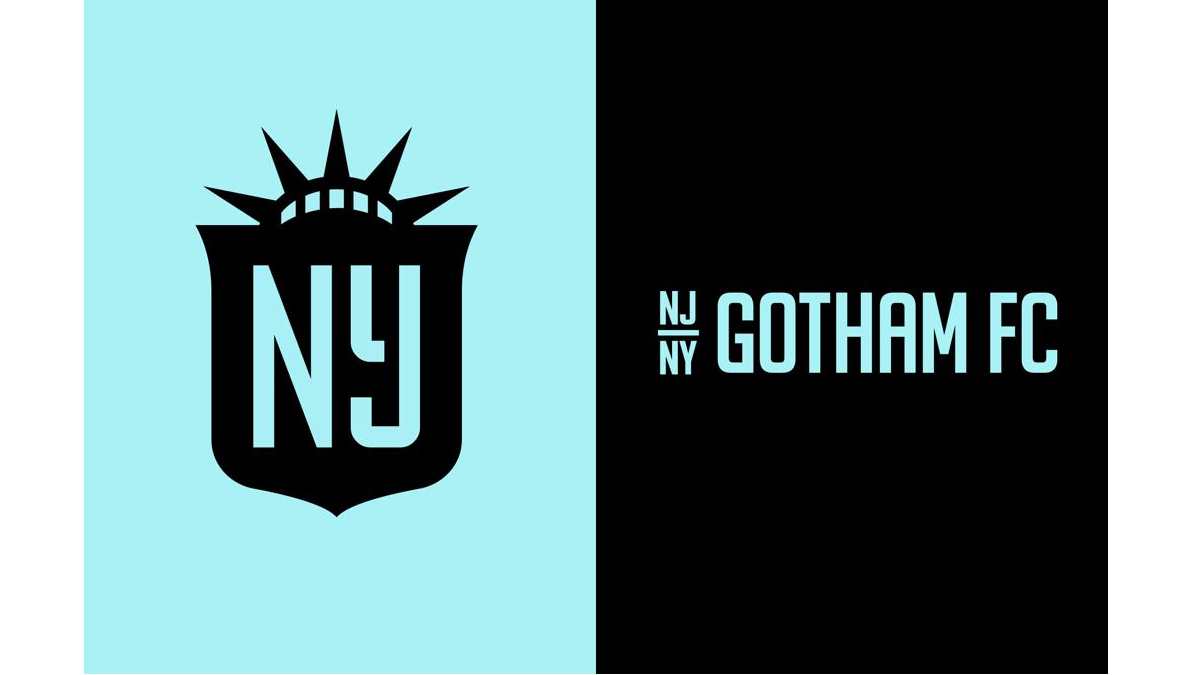 Ahead of this weekend’s start of the National Women’s Soccer League season, Sky Blue FC has unveiled a rebranding with a new name and crest going forward as NJ/NY Gotham FC.

The new crest features the Statue of Liberty’s crown sitting atop the crest. The crest center displays three letters in sky blue coloring – an “N” and a hybrid “J/Y,” which acknowledges New Jersey as the club’s birthplace while embracing the club’s New York reach. The official colors of the club are Sky Blue, Gotham Black and Cloud White to represent the club’s new identity and its history as the longest-standing team in U.S. women’s pro soccer.

“This process is the culmination of a wide-ranging collaboration among our fans, players, front office, and owners” said General Manager Alyse LaHue. “The club has a tremendous history and close relationship with its fans, so it was important we listened and remained completely openminded throughout the process. What emerged is a new brand that is overwhelmingly fan driven, respectful of the club’s past, and representative of a promising future.”

Gotham FC will play its home games at Red Bull Arena, also the home of Major League Soccer’s New York Red Bulls. It is one of two NWSL teams that will play in larger facilities this season; the Washington Spirit will play all of its home games at either 5,000-seat Segra Field in Leesburg, Virginia or 20,000-seat Audi Field in the District of Columbia.

The rebrand announcement comes after a process that included multiple surveys and focus groups, as well as one-on-one conversations with some of the club’s supporters and season members. The rebranded Gotham FC’s season starts April 14 against the Orlando Pride at Exploria Stadium in Florida.

The NWSL’s 2021 season starts on April 9 with Houston and Chicago on CBS Sports Network to start the NWSL Challenge Cup. The league’s 10 teams for the Cup will be organized into two divisions and play four matches in home markets, followed by the top team from each division competing in the final slated for May 8, on CBS. This season will include the debut of expansion franchise Racing Louisville FC and a new team in Kansas City, which moved in the offseason from Utah.

This season will be the final one with 10 teams as Angel City FC in Los Angeles and Sacramento are scheduled to join. Along with those two expansion teams — and Angel City’s high-profile ownership group that includes Natalie Portman, Serena Williams, Jennifer Garner and more as owners —  the NWSL also welcomed in the offseason investment in the North Carolina Courage from tennis star Naomi Osaka and more than 40 new investors in the Washington Spirit including Chelsea Clinton, Jenna Bush Hager and former women’s World Cup champion Briana Scurry.