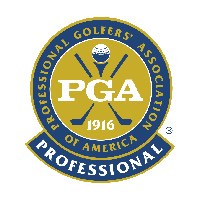 Oak Hill Country Club in Pittsford, New York, will host the 105th PGA Championship on its famed East Course in 2023. “The PGA of America is proud to return to one of golf’s grand stages, Oak Hill’s East Course, which has tested the game’s greatest champions for nearly 70 years,” said PGA of America President Derek Sprague. “Oak Hill’s membership and the Rochester community have always embraced major championships. Their enthusiasm for the game and collective spirit of hospitality is recognized in golf circles worldwide as something to behold.”

“The Oak Hill membership is thrilled to have the opportunity to host the 2023 PGA Championship,” said Oak Hill Country Club President Willie Strassburg. “The 2023 Championship will be the sixth PGA of America event at Oak Hill spanning five decades, demonstrating the strong bonds between the two organizations. The local support from the spectators, the volunteers, the sponsors, the media and the Rochester community in general provides Oak Hill the incentive and the ability to keep bringing major championships back to town.”

The 2023 championship at Oak Hill will mark the 14th time that a New York venue has hosted the PGA Championship, the most for any state.