By and large, transportation has been running smoothly at the Olympic Winter Games in Pyeongchang, which is no easy task given the remote locations of the mountain events. In total, organizers are operating 2,200 shuttle buses for Olympics participants, which includes 6,500 athletes and officials, 55,000 workers and an estimated 11.8 million spectators. In addition, there are 2,800 fleet vehicles (sedans, SUVs and mini vans) being operated for members of the International Olympic Committee and other guests.

For the intricate system of media and IOC transportation (all of whom receive the benefit of a dedicated Olympics lane on highways), buses have arrived pretty much true to the posted schedule, which is not always the norm at the Olympics. And in the media village, if you’ve missed your bus, some of the stations feature a rather pleasant voice from a speaker letting you know that your bus “will arrive in a while.”

Spectators, meanwhile, have been encouraged to take free shuttle buses operating from various transport malls to the venues. Organizers reportedly increased the number of such shuttles after the few first days of the Games, when certain bottlenecks were seen, including during the evening sessions at the coastal Gangneung Olympic Park.

One observation about the buses in South Korea, however, is that they are in some cases incredibly more ornate than anything you’d see in the United States. One small shuttle bus running from the main media center to the sliding center where luge, skeleton and bobsled events are being staged, had some of the most elaborate decoration perhaps ever seen on a shuttle bus.

Coach buses often come equipped with party lights on the top of the cabin, and nearly all have high-definition televisions showing Olympics events at the front. One wonders if the buses that will be used during an Olympics in the United States could possibly meet this level of décor and sophistication. 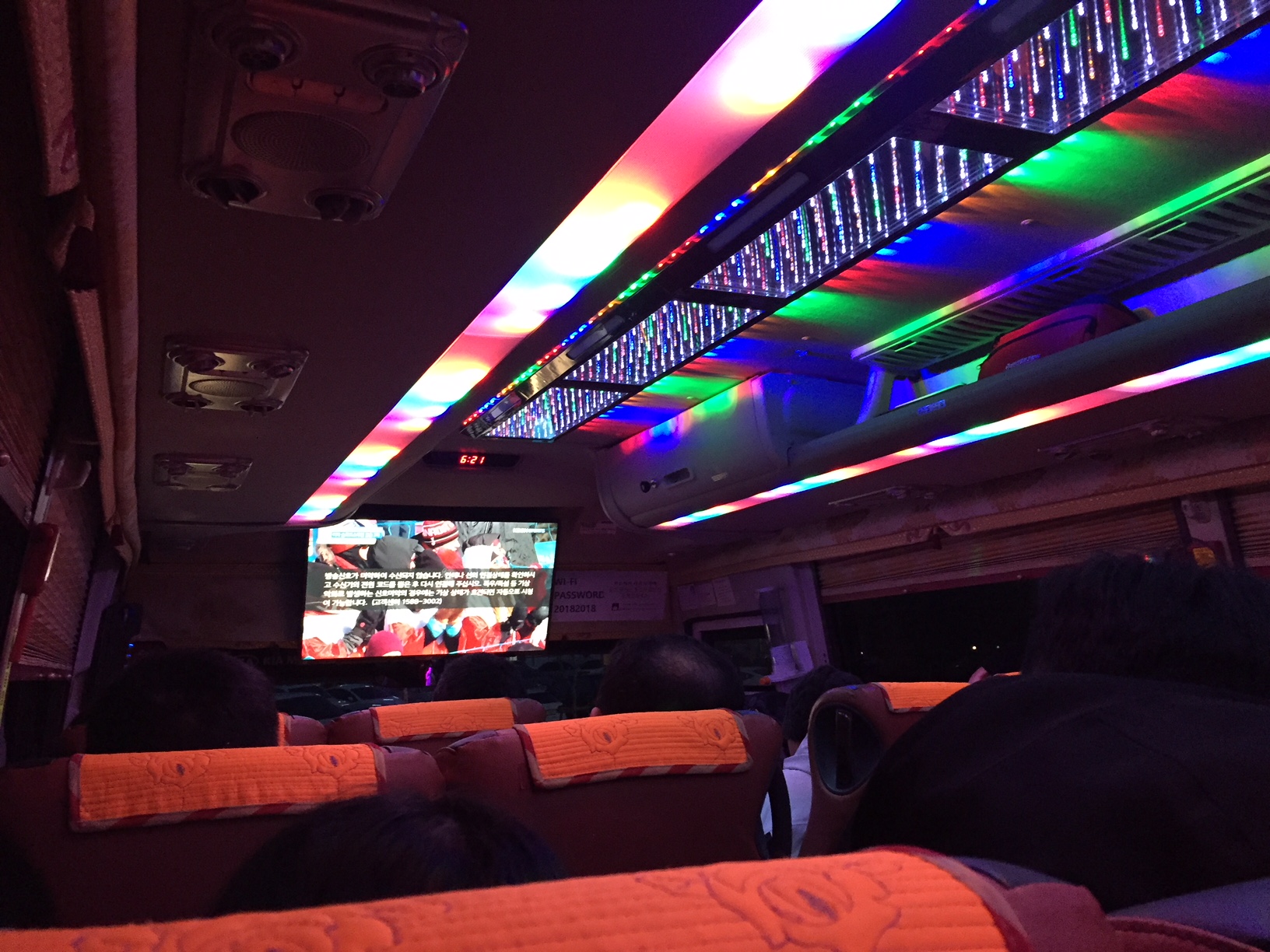 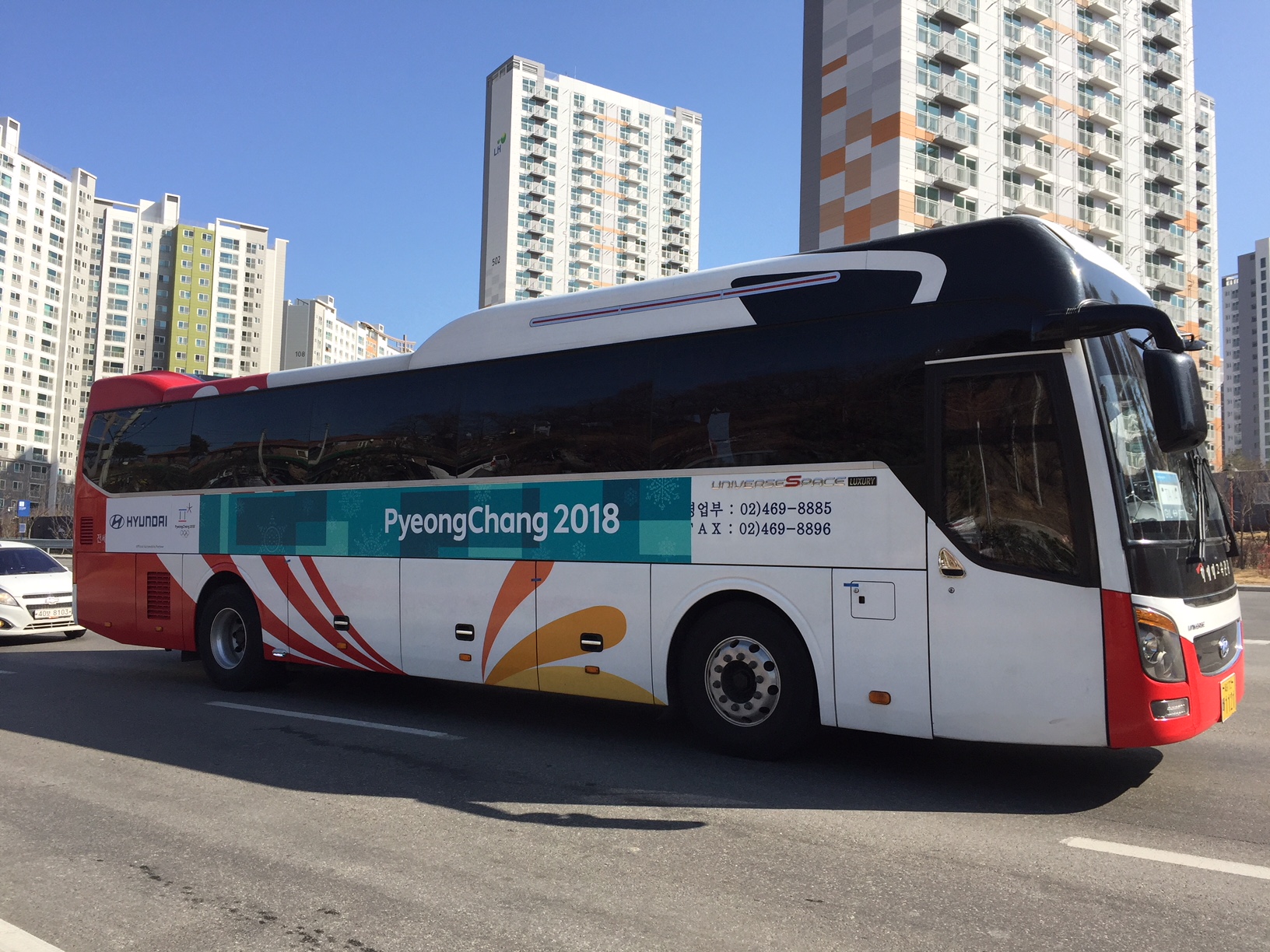 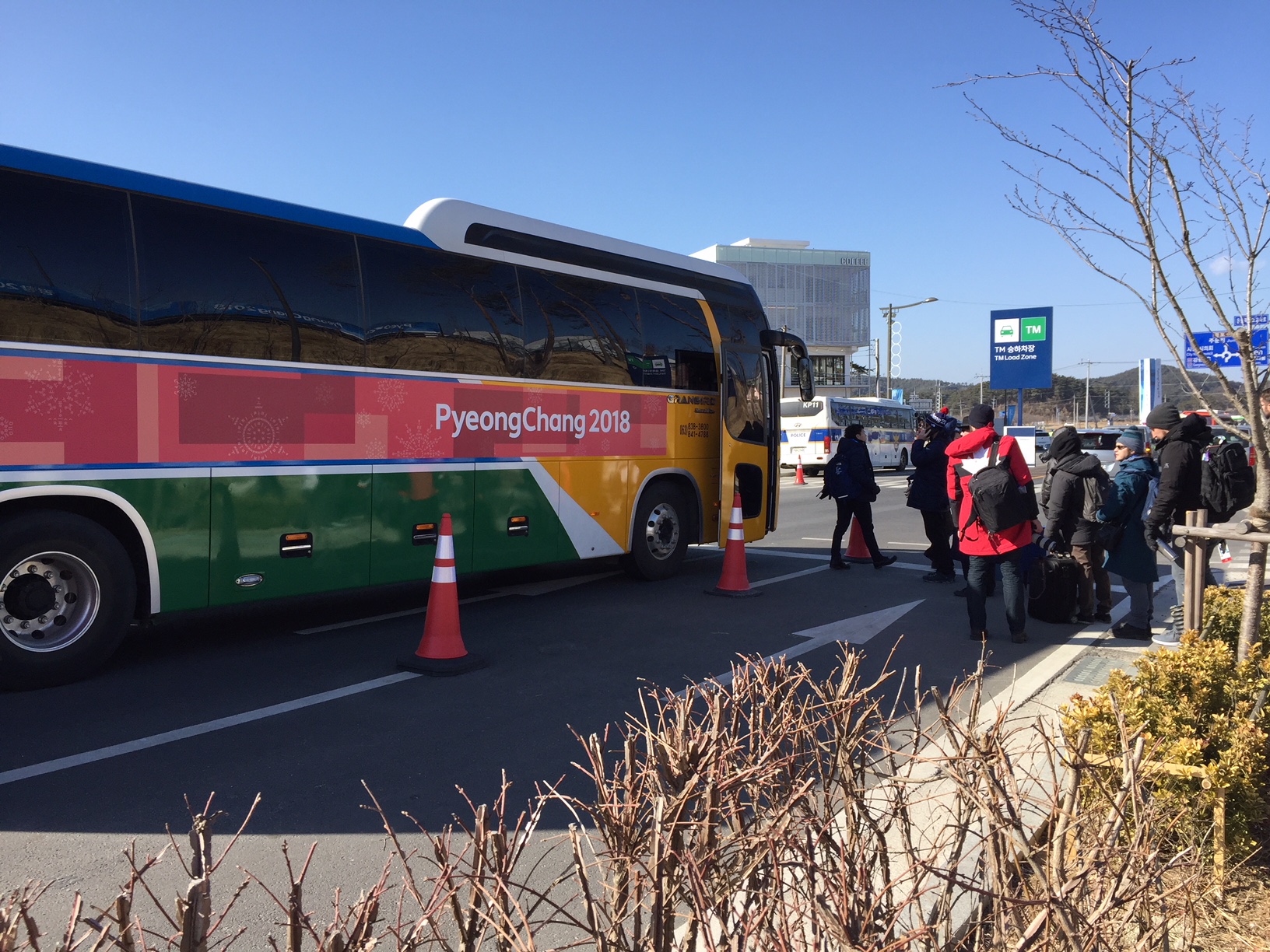 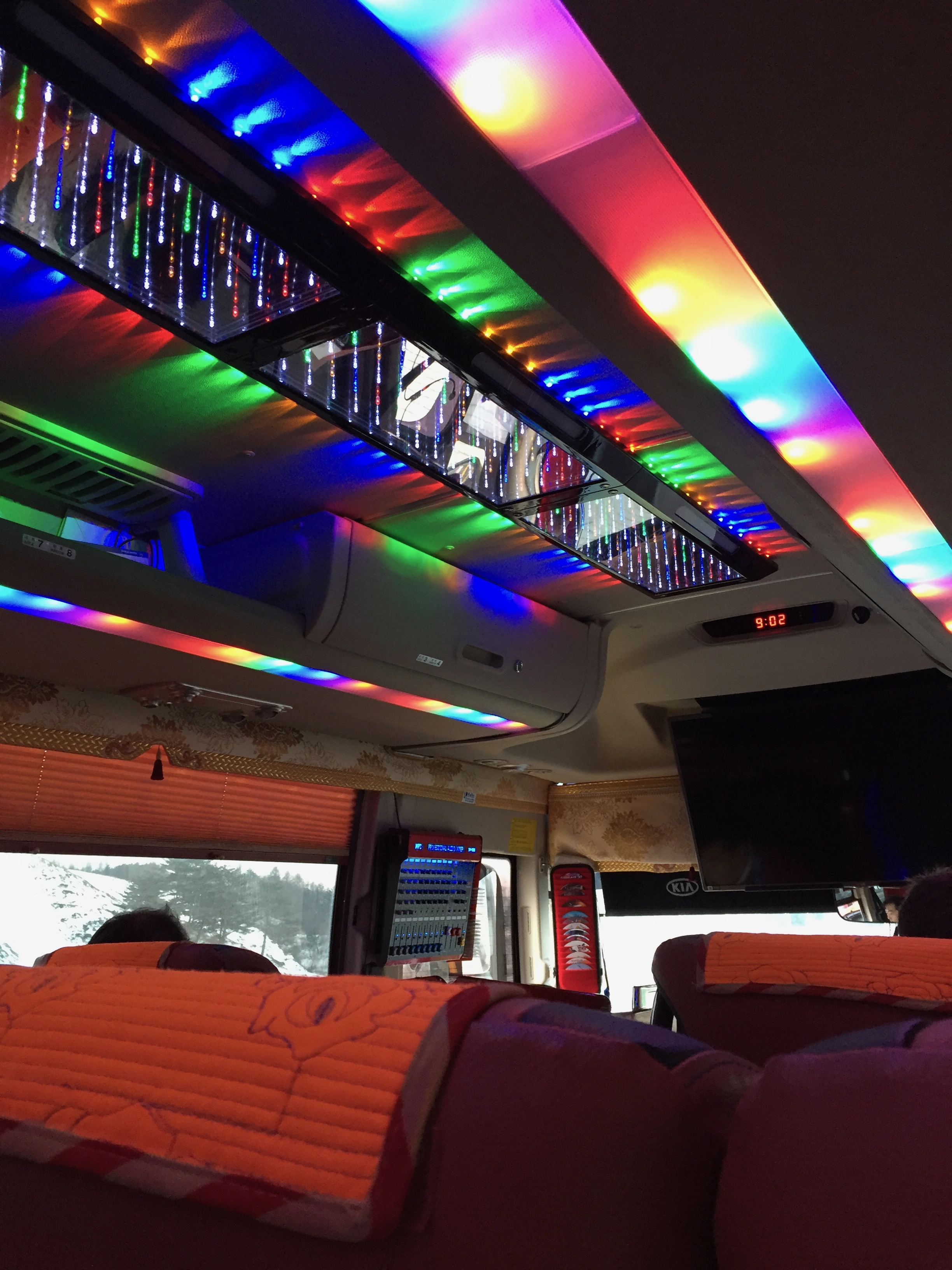 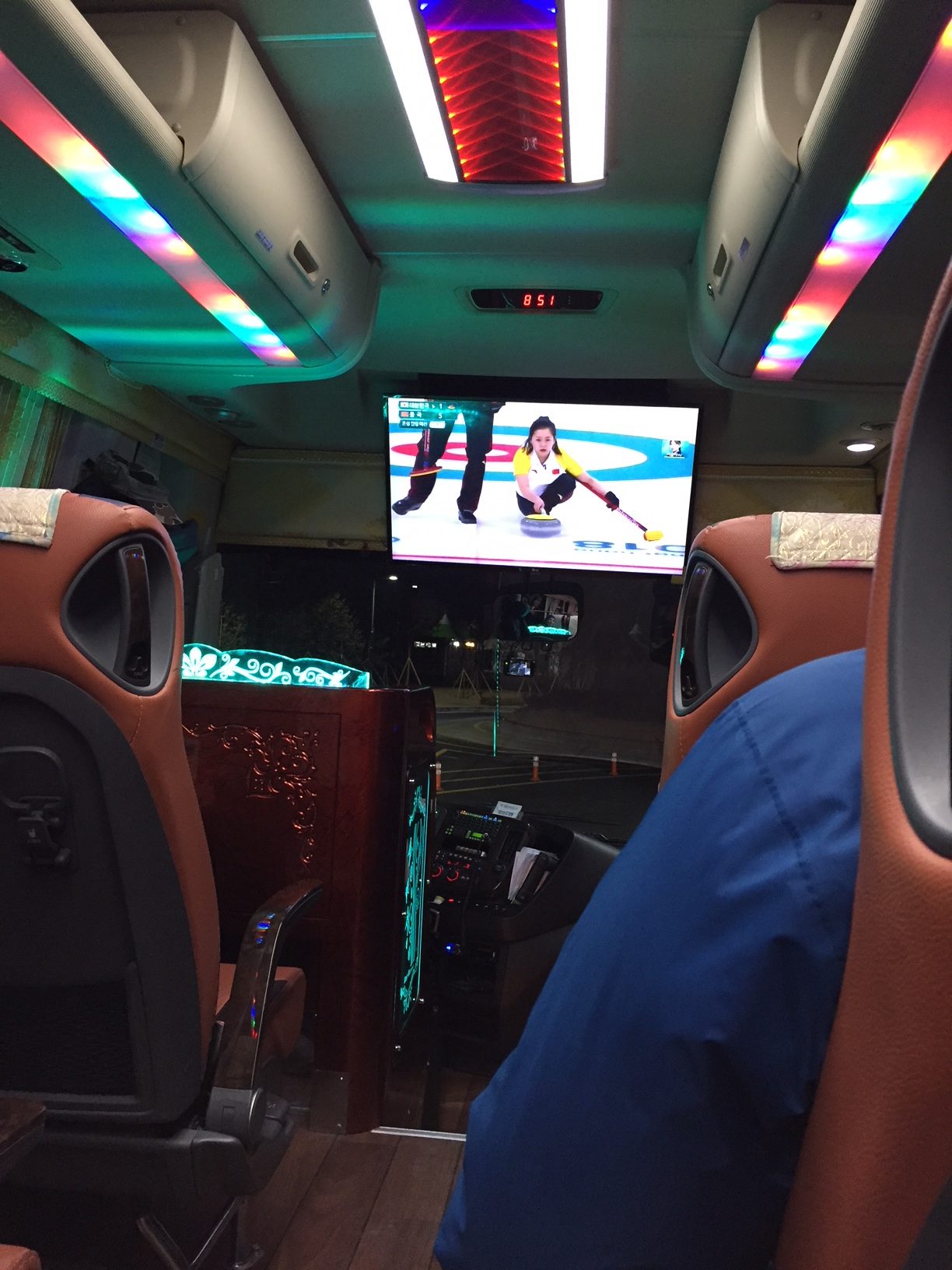