At the venues being used for the Olympic Winter Games, attendees can get pretty much the same venue food experience they can receive at sporting events in the United States, with some notable exceptions. Organizers have made sure to include many Western sports stadium staples, including hot dogs (about $5), pizza (about $4), popcorn (about $3) and Coca-Cola products (also about $3). But thankfully for the sizable number of Korean spectators—and for anyone else looking for a taste of South Korea, albeit in lesser stadium-quality fashion—there are more traditional foods available as well. Thus the presence of spicy stir-fried rice cake (about $5), fish cake soup (about $4.50) and steamed dumplings (about $5.50).

As for a simple bottle of water, that will run you about $1, a price we’re guessing will be hard to match when the Olympics return to the United States in 2028.

The venue food operation is just part of a larger catering operation that has included more than 300 food and beverage facilities throughout the venues, operated by more than 4,000 people. In addition to spectators, organizers have been responsible for feeding more than 55,000 people, including athletes and officials, media, volunteers and members of the Olympic family, which includes IOC members and staff.

Here’s a look inside the venue menus, which are fairly consistent throughout all the sites staging events. (For a price comparison, about 1,000 Korean won equals $1.) 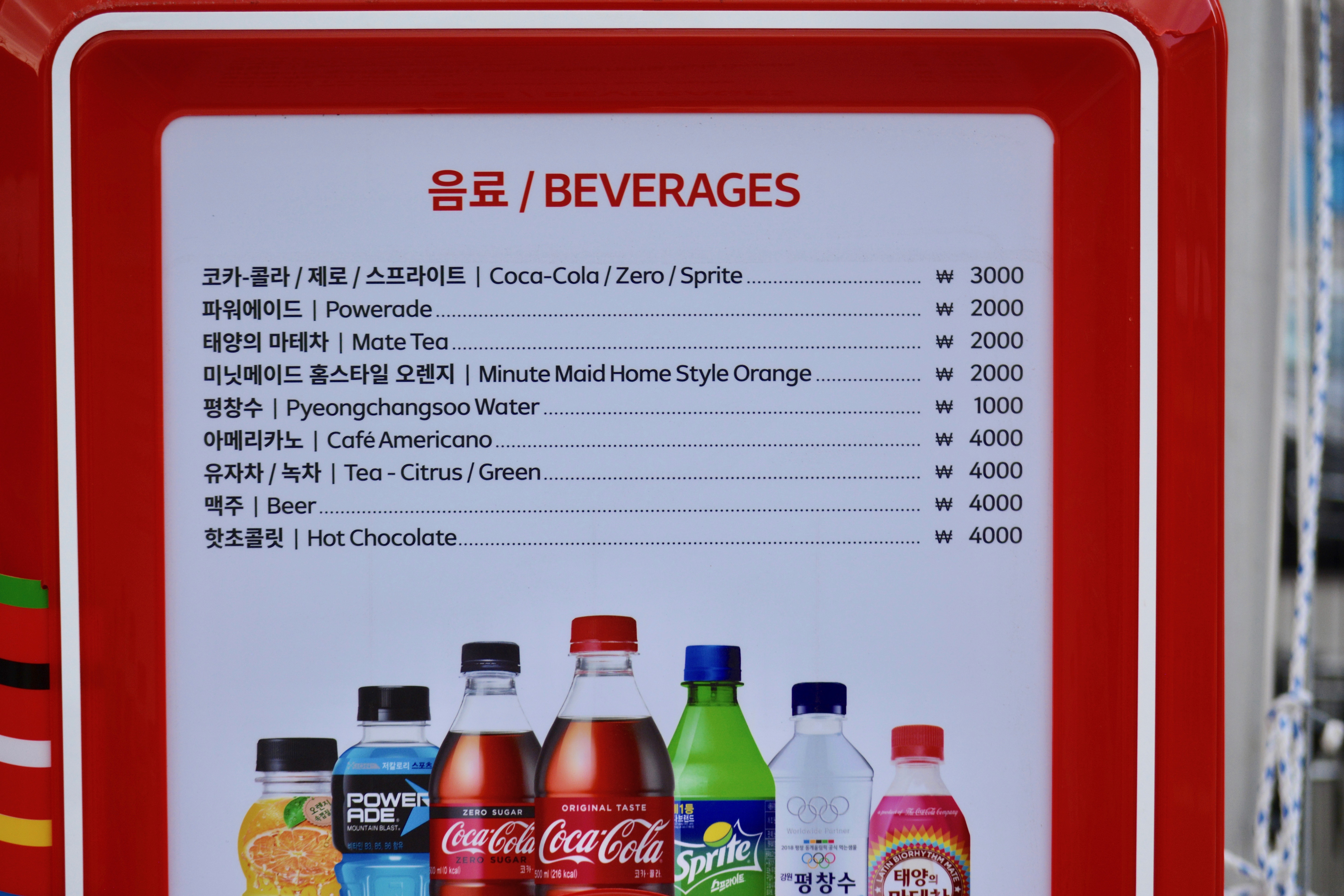 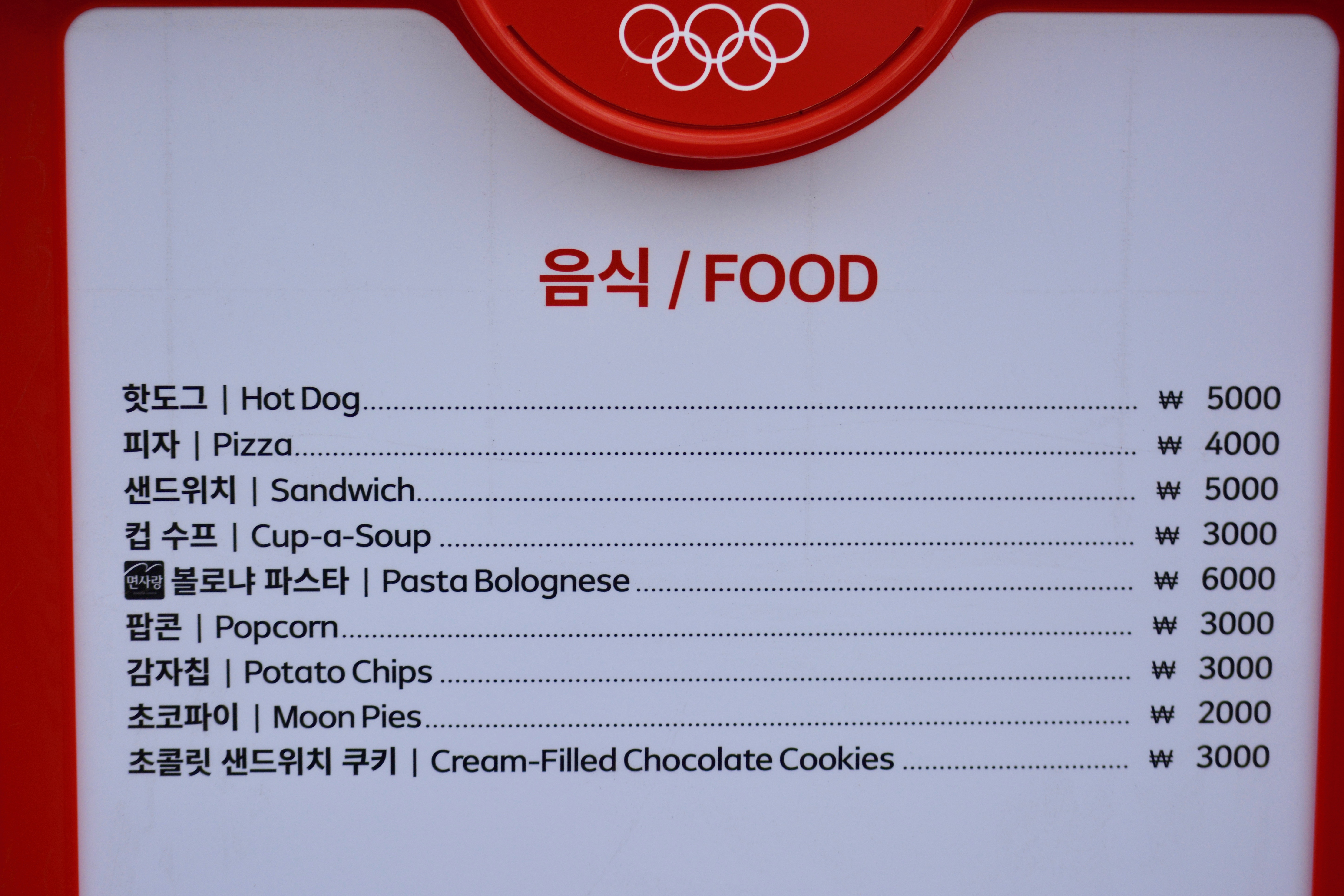 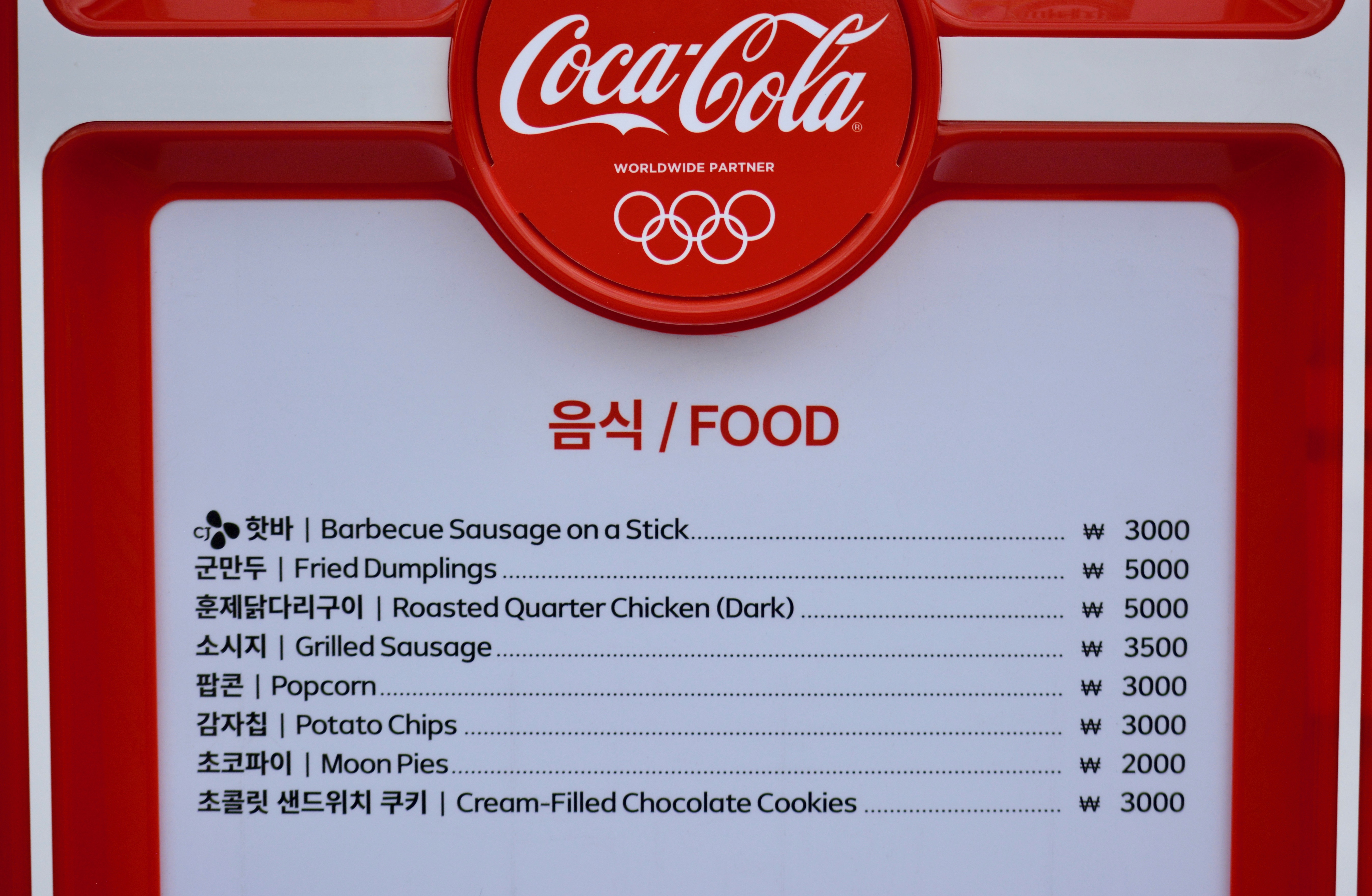 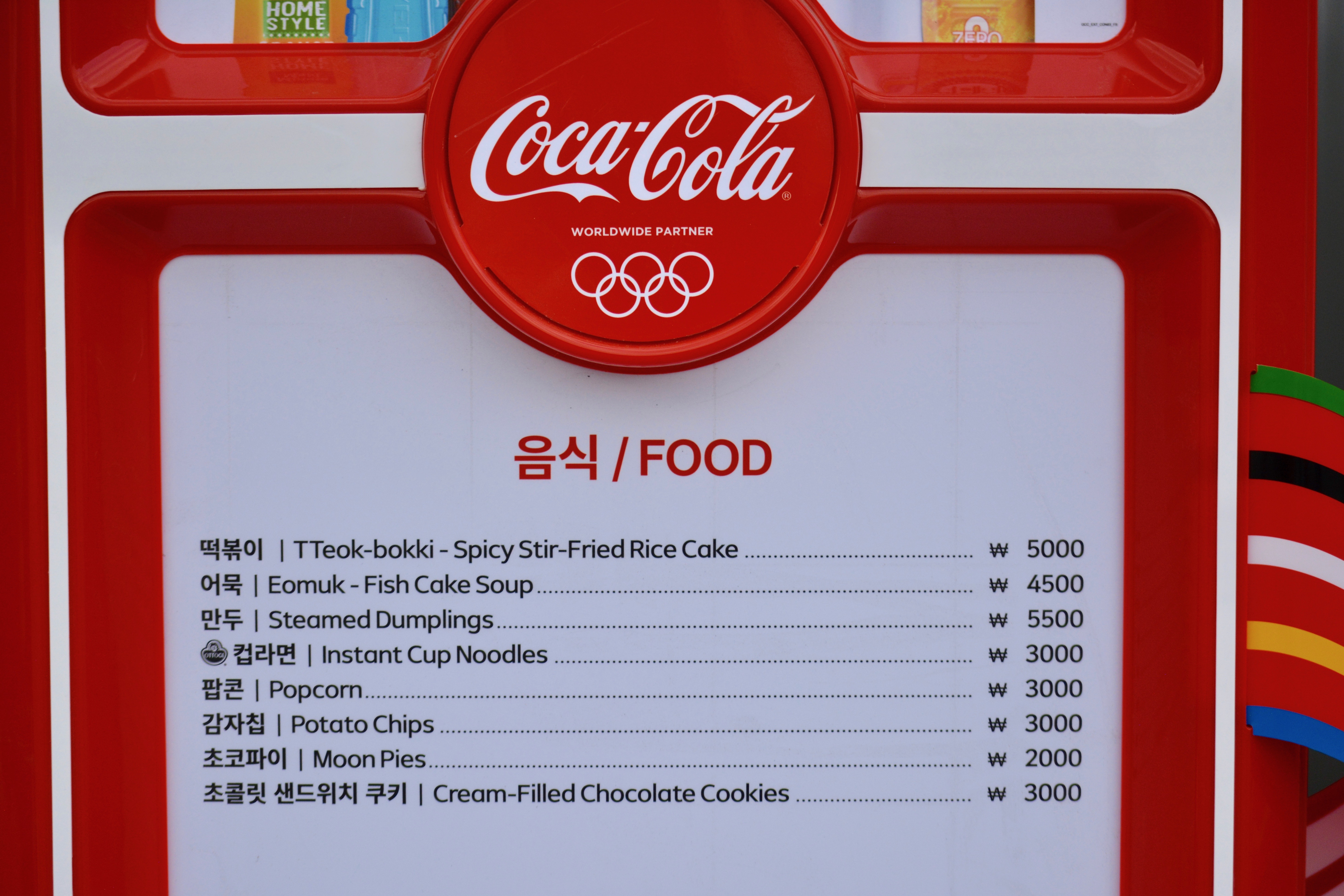