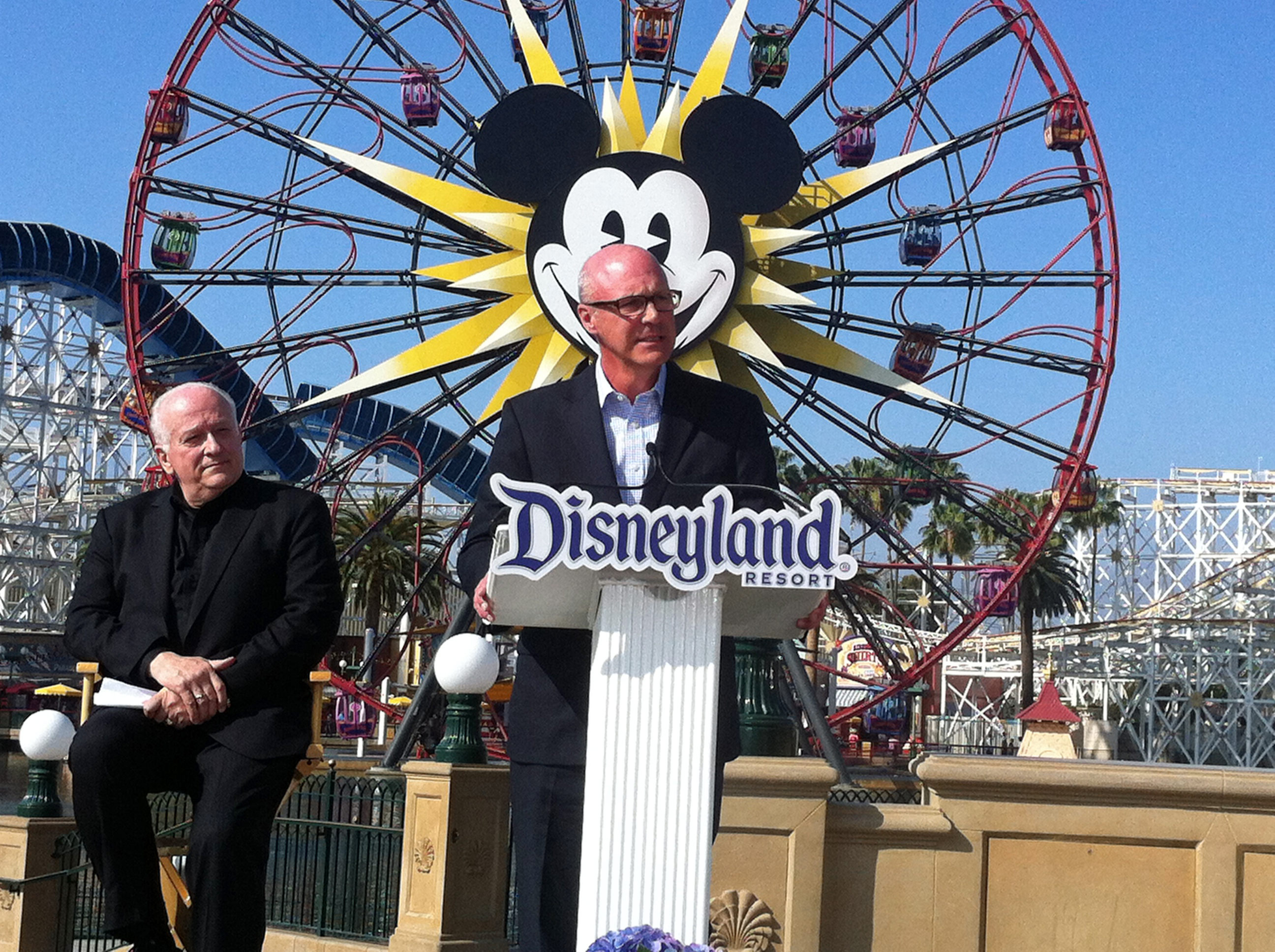 Jay Burress (speaking) and Ed Fuller at the announcement.

Tourism officials from Anaheim, Orange County, the Disneyland Resort and the state of California have announced that Orange County will be hosting the largest single group of visitors to come to the U.S. from China. The Perfect (China) Company is expected to bring 7,000 attendees to Orange County for a program that will run from May 19 to June 2 and include 30 hotels (12,000 room nights) and the Anaheim Convention Center, which will host the business meeting and gala for the group on May 27.

Burress commented that the Perfect (China) program, which is being coordinated by the CITS International M.I.C.E. company of China, is the “largest single movement from China to the United States” and will join a tourism product in Orange County in which visitors spend $1 million per hour every day of the year. CITS, which was involved in the 2008 Beijing Olympic Games, estimates that the Perfect (China) group alone will generate $85 million dollars in economic impact on Orange County.