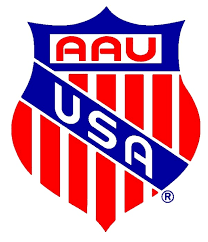 The AAU Girls’ Junior National Volleyball Championships will be held in Orlando through 2020, according to a deal announced by Visit Orlando, the Orange County Convention Center and the Amateur Athletic Union.

“We are excited to welcome back the AAU Girls’ Junior National Volleyball Championships to Orlando,” said Visit Orlando President and CEO George Aguel. “Players and spectators alike will be able to experience our award-winning convention center, as well as a wide variety of hotels, attractions and restaurants that make us the ideal host city for sporting events.”

The AAU Girls’ Junior National Volleyball Championships has held the title of largest volleyball event in the world since 2012 when the 16U Club division set the current Guinness Book of World Records mark. Approximately 23,000 athletes and 9,000 coaches travel to Central Florida to compete in front of nearly 50,000 spectators and more than 400 college coaches from across the United States. The event—which takes place on more than 180 courts between the Orange County Convention Center and the ESPN Wide World of Sports Complex—will feature 31 divisions of competition, including an international division that has attracted teams from Brazil, China, Dominican Republic, Germany, Israel, Slovenia, Puerto Rico, Mexico and Peru in recent years.

The second largest sport in the AAU, volleyball had more than 120,000 members in 2015 with more than 300 licensed AAU indoor and beach volleyball events nationwide. Other events in Orlando include the AAU Volleyball Classic, which has been held during the spring at ESPN Wide World of Sports Complex for more than 15 years, and the AAU Boys’ Junior National Volleyball Championships, which is hosted at Orlando Sports Center each summer.

“The AAU strives to provide the very best experience for athletes, coaches and spectators,” said Roger Goudy, AAU president and CEO. “We are very pleased with the relationships we have developed in the area through our friends at Visit Orlando. Our teams and families go home every year with a smile on their face because of the people in this community.”

The estimated economic impact to Orlando is expected to be more than $52 million per year. “The Orange County Convention Center is delighted to welcome back the AAU Girls’ Junior National Volleyball Championships,” said Kathie Canning, OCCC executive director. “The growth of this event and enthusiasm it brings to our city is very valuable. We look forward to many more years of partnership.”