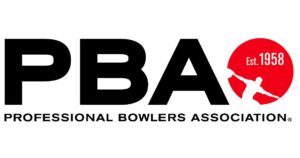 The Professional Bowlers Association will return to Allen Park, Michigan, near Detroit for the 10th anniversary of the World Series of Bowling in March 2019. Thunderbowl Lanes, which hosted the first edition of the event in 2009, will once again host. And in a first for professional bowling, the series will include five consecutive nights of primetime national coverage on FS1.

The World Series of Bowling was created as a multievent series of tournaments and has grown each year. The 2019 WSOB X will be televised March 18–21. The five consecutive nights of coverage mark a first for the PBA, which has televised its events for 60 consecutive years.

In addition, a USA vs. The World team match will be staged March 22. The World Series event will begin March 10 with four championship tournaments: the PBA Cheetah 33, Chameleon 39 and Scorpion 42 Championships, as well as the 2019 PBA World Championship. Each event’s numerical designation indicates the distance oil is applied down the lane.

A total of 115 PBA members will be invited to compete in the World Series with a pre-tournament qualifier allowing other PBA members to compete for 20 remaining slots.