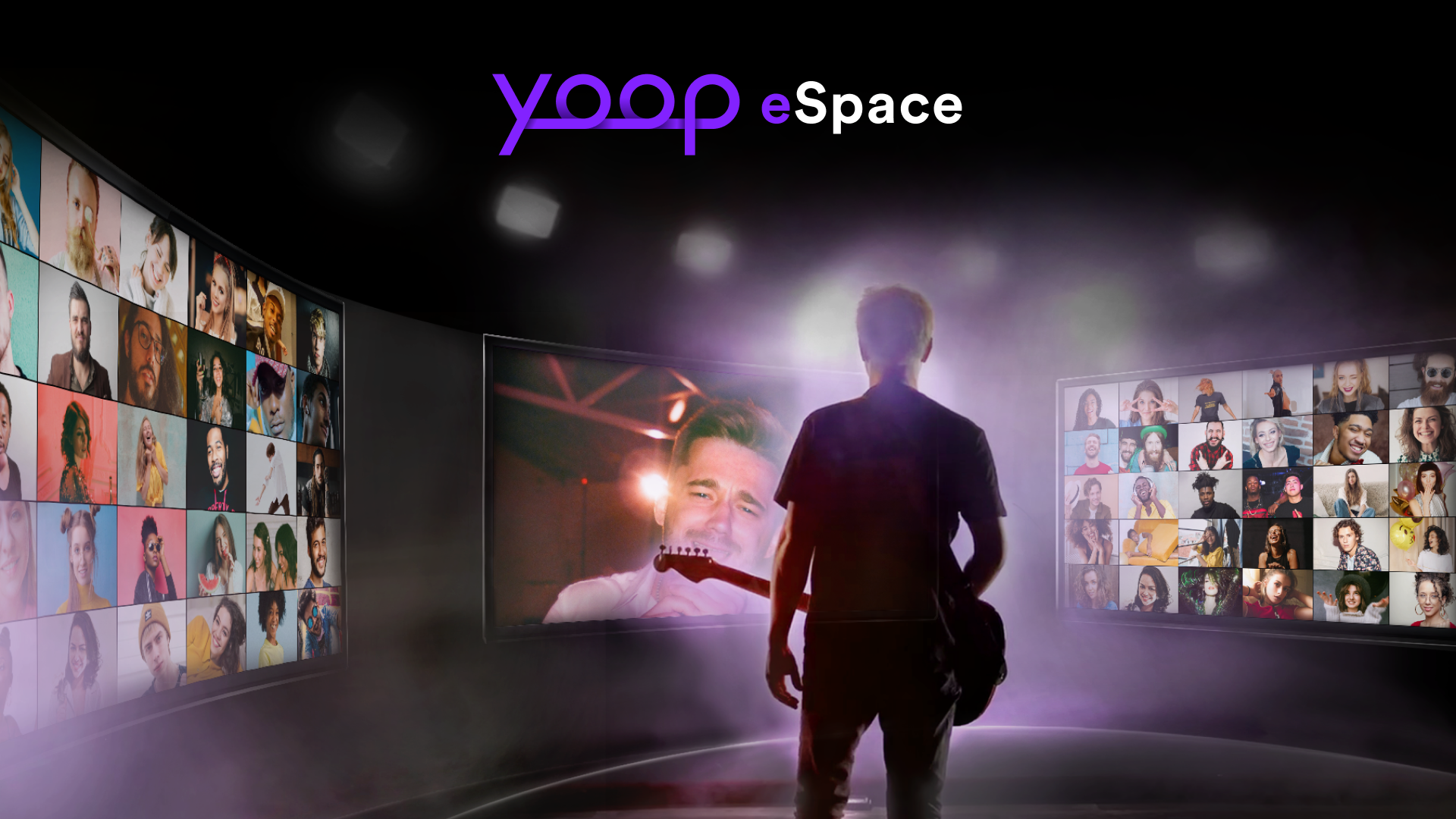 At nearly every level of sports, the teams hosting events are going to be doing so with few or zero fans. The connection that fans have with a team at an event is hard to replicate, leaving teams and venues working to try and compensate in unique ways.

Some have been holding virtual meetings with fans with players or coaches making guest appearances. In the German Bundesliga, Borussia Mönchengladbach allowed fans — with a donation to local charities — to order a cardboard cutout of themselves placed in seats behind one of the goals at the stadium. In Denmark, AGF Aarhus used Zoom to video conference in 10,000 spectators for a game against its local rival, Randers.

One platform is taking the ideal of virtual fan events and trying to build on it with its own interactive improvements. The entertainment company Yoop has created Yoop eSpace as a way to take the fan experience to a new level for events by placing in-venue monitors  that would allow players and fans to interact virtually during competition both by sight and sound.

Yoop CEO Benoit Fredette said plans were to release the platform at the end of 2020 or early 2021, but the COVID-19 pandemic accelerated the thinking. The company has been “contacted by almost every major sports league in America and Europe,” Fredette said, about the platform’s uses.

“The idea of bringing the fans in the venue in a different way that is safe but at the same time provides value for people, I think that’s where it got into an exciting potential for the sports world,” he added. “We’re exploring formats where ultimately the fans will be on screens behind the bench or the players see them before events. It creates this interaction where the athletes and coaches can see the reaction and the fans can participate in the event in a different way.”

Yoop eSpace is set up in a way to allow content providers to stream events to fans while allowing the audience to interact in real‐time. The platform is built to allow fans from home to interact with either an athlete, entertainer or on-site presenter in a two-way conversation and users will be able to pay on‐demand to watch live events as well as view events for up to 24 hours after it is completed.

“For the fans, they have one unique entry door that they can access all the events that are being produced,” Fredette said. “They always have the best viewing angle. While they’re watching, they can be called in to join the event. It really is a way that the fans can see the athletes and presenters in real time and the presenters can see the fans and their reaction. It is about creating a greater proximity.”

Yoop has operations in New York and Montreal. Once it released the eSpace platform it booked 300-plus events between sports and entertainment. One of them was the Montreal Impact of MLS, which had coach Thierry Henry hold a fan conference recently.

“This is a difficult time for our fans, our team and our league, which makes a sense of connection within this community all the more critical,” Henry said. “I am looking forward to using this platform to connect with the broader community who feels a deep need for experiences and interaction.”

Whether it becomes a standard tool for linking fans to coaches and players as an add-on to the games themselves, or becoming part of the overall venue experience even as fans gradually are allowed to return, Fredette believes the idea of having fans “attending” the game remotely will still be a better experience compared to the thought of having artificial noise pumped in from loudspeakers.

“Even though the pandemic creates a distance between people, we feel this solution fixes the proximity issue,” he said. “I could totally see after a touchdown, fans having a chance to react in front of the athlete and the athlete seeing the reaction of the fans, not a fake noise. That is something that we can really re-create. It’s a safer way to interact with the fans and I think many of those solutions will last.”