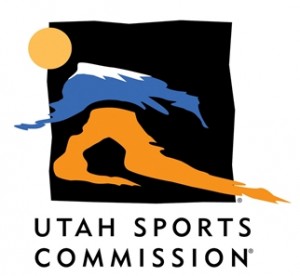 A statewide poll of Utah residents commissioned by a group exploring a bid for the Olympic Winter Games shows that 89 percent are in favor of the state hosting the event in the future. The poll comes as state officials are considering submitting a bid to host the 2026 or 2030 Games.

“Historically the citizens of Utah have been extremely supportive of Utah hosting the Olympic Winter Games,” said Jeff Robbins, president and CEO of the Utah Sports Commission and co-chair of the committee exploring a potential new bid. “The results of the poll are clear: Utah and its citizens are ready, willing and able to host the Games again.”

Salt Lake City and the surrounding region hosted the 2002 Olympic Winter Games. Bids for the 2026 Games will be due in 2018 with a decision expected in 2019, although the U.S. Olympic Committee has not yet decided whether it will submit a bid for 2026 or perhaps wait for 2030 or future events. Complicating matters is Los Angeles hosting the 2028 Olympic Summer Games and how marketing efforts for a winter Games before or immediately after 2028 may affect that event. Denver and Reno/Tahoe have also expressed interest in potentially bidding for 2026.

The latest Utah survey, however, would appear to give a potential Salt Lake City bid a boost. The poll, conducted by Dan Jones & Associates, surveyed 600 people across the state and had a margin of error of four points.

The committee exploring a new Utah bid held its first official meeting this week to discuss budget, transportation, venues, environment and climate, legal, Utah economic impact, promotional value and public opinion. “Our ongoing commitment to building an Olympic legacy has allowed us to utilize our facilities to host additional events and play an important role in training American athletes,” said Fraser Bullock, who served as COO of Salt Lake organizing committee for the 2002 games and is co-chair of the exploration committee. “Clearly that has helped keep the Olympic spirit burning in the hearts of the people of our state.”