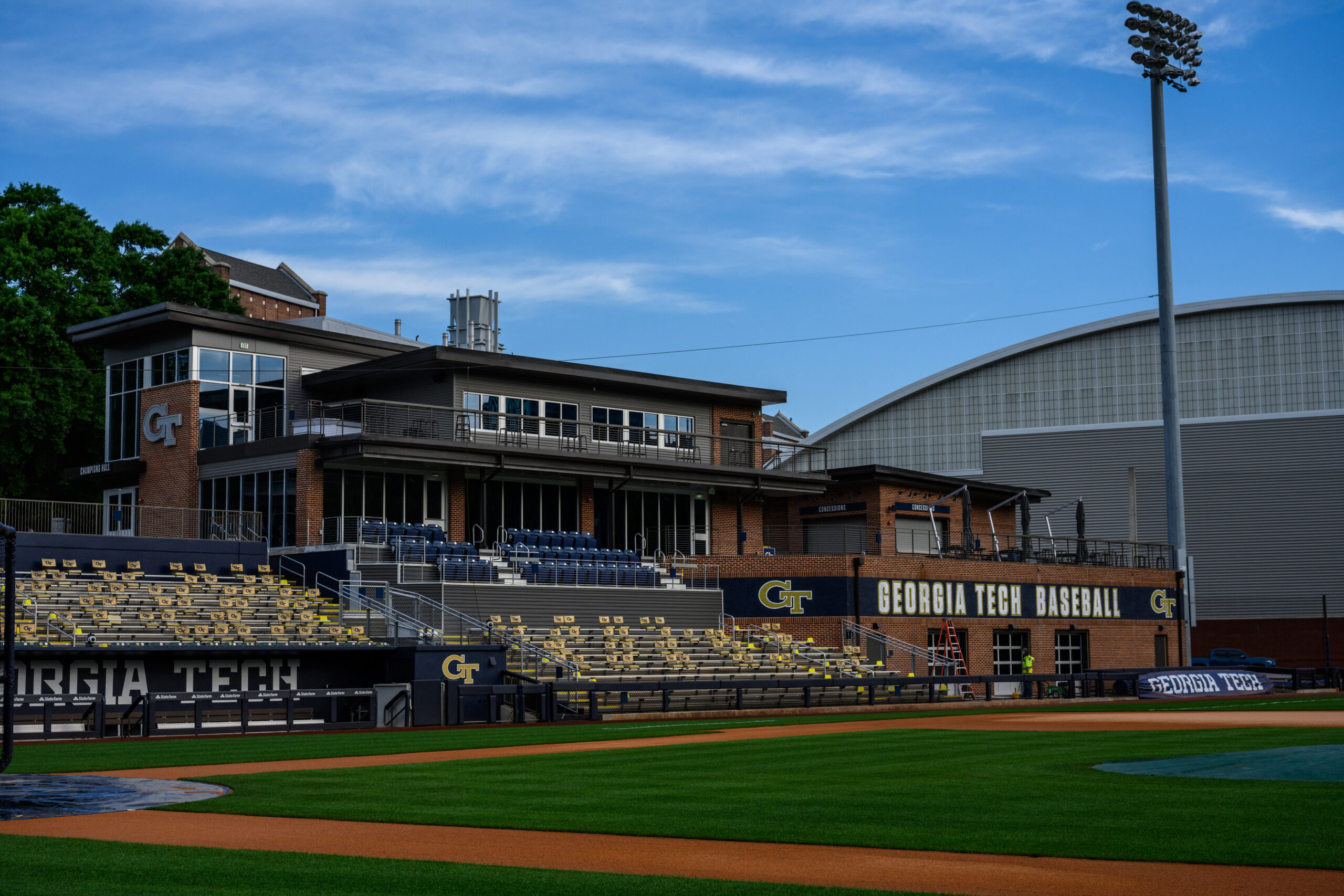 The second phase, at a cost of $10 million, includes a new entry plaza plus Champions Hall, a two-story, multipurpose gathering space for fans on the concourse that includes mementos from the history of Yellow Jackets baseball. There is also a new climate-controlled training facility that will be used year-round by Georgia Tech student-athletes, as well as alumni and professional players during the offseason.

Champions Hall will have premium chairback seating and an event room that looks out onto the field during games. Champions Hall will also serve as a meeting space for the baseball team and an event space for other organizations and alumni gatherings. The second floor includes the Mark Teixeira Skyline Terrace, a premium seating area. New concessions and restrooms have been provided on the new expanded left field plaza, which features new drink rail areas overlooking the field.

“The completion of Phase II of the renovations at Russ Chandler Stadium will provide student-athletes access to cutting-edge training technology, like our pitching and hitting labs that are built around the latest motion capture camera and tracking systems to provide immediate analysis and feedback,” said Todd Stansbury, director of athletics at Georgia Tech. “Equally important is the expanded concourse and fan amenities. Fans are welcomed to Mac Nease Baseball Park at Russ Chandler Stadium with a new entry plaza and will have access to a variety of seating options. Champions Hall honors past teams, student-athletes and coaches while providing some of the best views of the field and Midtown skyline from the Teixeira Skyline Terrace.”

The training facility includes a 2,000 square foot pitching and hitting lab and 5,000 square foot batting tunnel and is located under the concourse with connection to other team areas, as well as access to the playing field. The lab includes motion capture cameras, tracking systems and floor pressure plates that can record and analyze data for each player in real-time.

“From the beginning, we knew we wanted to incorporate the latest technology into the design of the training facility, so we spent a lot of time coordinating with vendors to make sure all of their products from motion analysis cameras to pressure plates would seamlessly integrate into the pitching mounds, synthetic turf and building structure and systems,” said Norman Friedman, principal and senior architect at Populous. “With these systems in place at the ballpark, coaches can offer immediate feedback on velocity, bat speed, and more to help their student-athletes train at the highest level.”